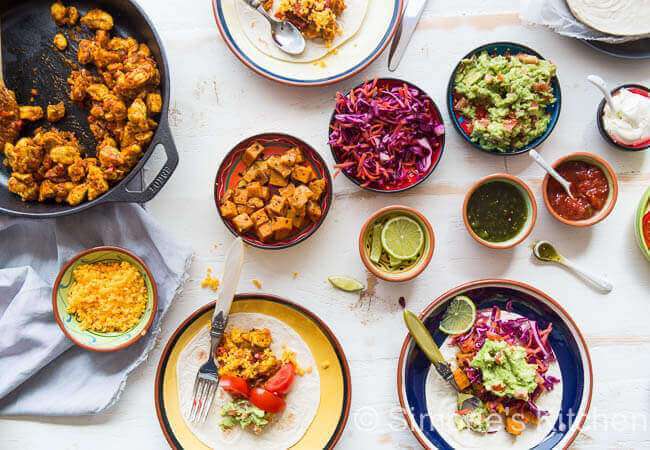 I love Mexico and I love Mexican Food even more.
I am fond of all the rich herbs and spices they use in their kitchen and the combinations of spicy and peppery with refreshing guacamole or sour cream.
Mexican Food is by far THE hardcore Dude Food if you ask me. Without exception all Tex Mex dishes are dishes made by and made for real men.
For what do you get when men with sombreros and men with cowboy hats start sharing and combining their oldest kitchensecrets?
Clint Eastwood on a plate. And how much dude do you want on a plate? 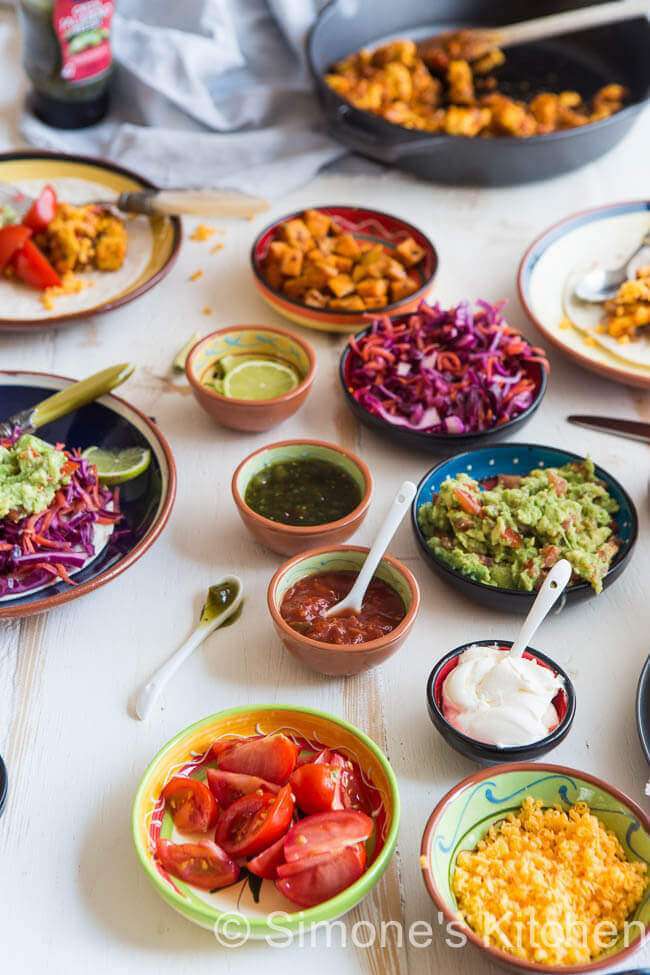 When I am making Tex Mex food I just can’t resist to talk like Clint Eastwood too (grumbling to myself and to the chickenbreast: “Well, you gotta ask yourself one question: Do I feel lucky? Well, do ya, punk?”, just before I throw it in the frying pan).
The other nice thing of Macho Mexican Food is the high Amigo sharability of it (amigos is the spanish word for: fellowdudes). One of the best things a man can get is, sharing fistfood with friends (fistfood is the dude equivalent of fingerfood). And (some assembly required) making that spicy jampacked cornenvelopes of flavour together with friends is the closest a man can get to primal dudeness. You can tell from the growling sounds produced when their tastebuds are processing all the rich tastes of the Mexican Kitchen 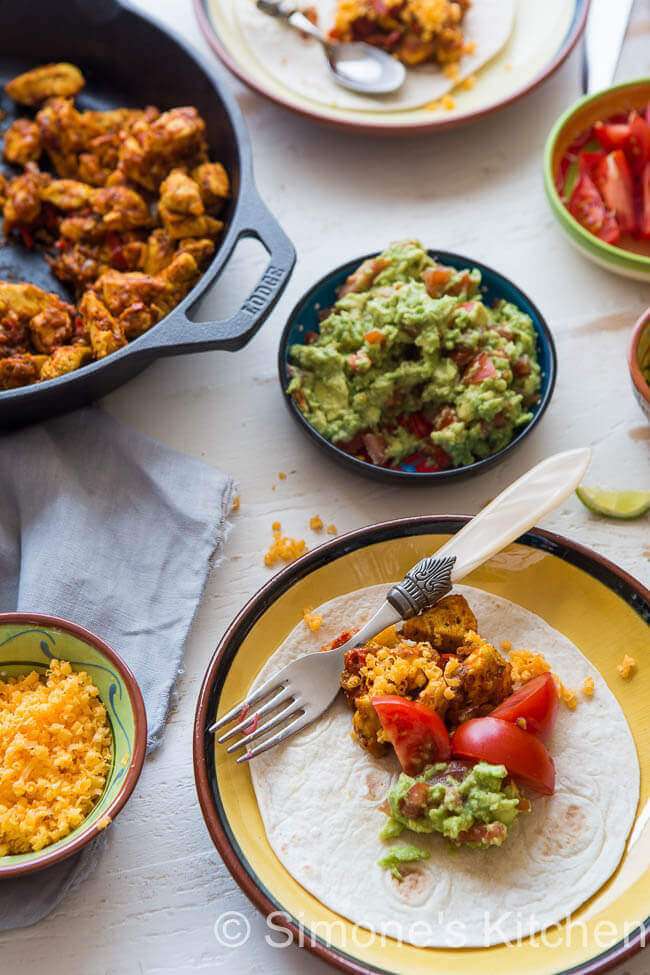 And last but not least: it’s fairly easy and relativly fasty to create a Mexican feastmeal. In the blink of an eye you can change every table into a Central American Banquet with a variety of bowls packed with flavours. More so if you grab some ready made seasoning mixes from your local superstore. And then there are no excuses left to not share a piece of Mexico with your bro’s, dude.
Here you have the recipe for not one but two!!! fajitas for when you want to throw a Mexican feast for your fellow dudes.
Mi fajita es su fajita, amigos! 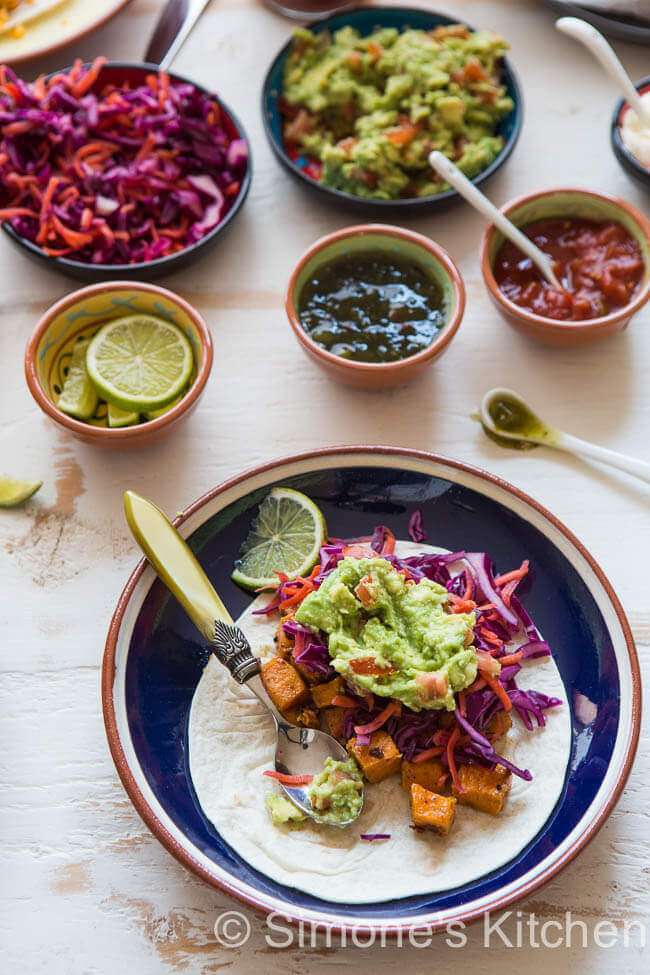 Fajita with roasted sweet potato an slaw from red cabbage 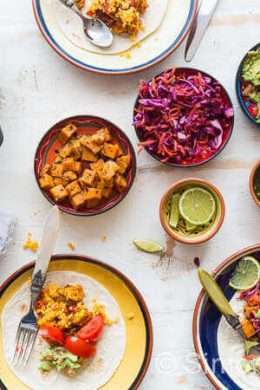