Recipes » Breakfast » Steamed quinoa dessert with rhubarb and an accident

Steamed quinoa dessert with rhubarb and an accident 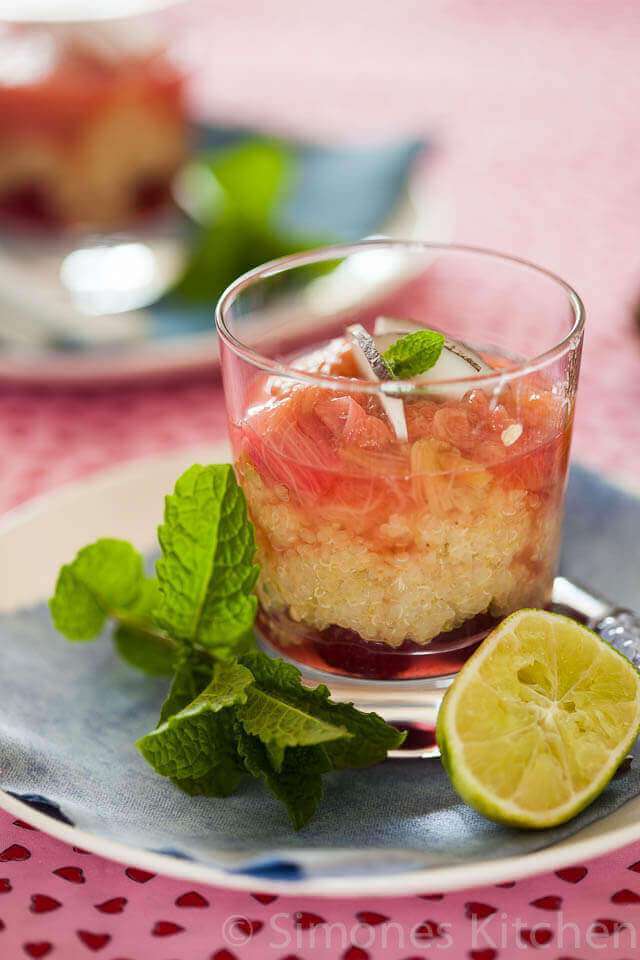 I drive a lot. Part of my job is going from one location to the next either in Europe or in Holland. Well mostly in Holland really, but once or twice every so many years I also have to drive to Germany, France or similar places. I love driving, I’m comfortable on the road and don’t mind having to get in the car. Never had an accident either until yesterday. I was on my way to a client to discuss the photoshoot we’re having end of May. Moodboard, ideas, that would all be discussed this particular morning in Amsterdam. It was raining hard, so not the best conditions to drive in and I had already called them that I would be a little later due to traffic jams.

I was almost there, about 800 meters left to go when I turned right on a busy street. Bicycle path was on my right and I had to cross that to get to the next street. I never saw the motorcycle speeding towards me and before we both new it, he had hit my car, or I had hit him, however you look at it and I saw someone tumbling down the street.

The next things that happened are almost a blur; I parked my car on the side of the road and ran to the man lying on the street. I half expected him to stand up and I would have loved it if he had then started shouting at me but no, he remained lying down softly moaning. Obviously in pain. I tried to say something, then realized I had to call 911 (or 112 in Holland) immediately so ran back to the car, grabbed my phone, went back to the man and started dialing. 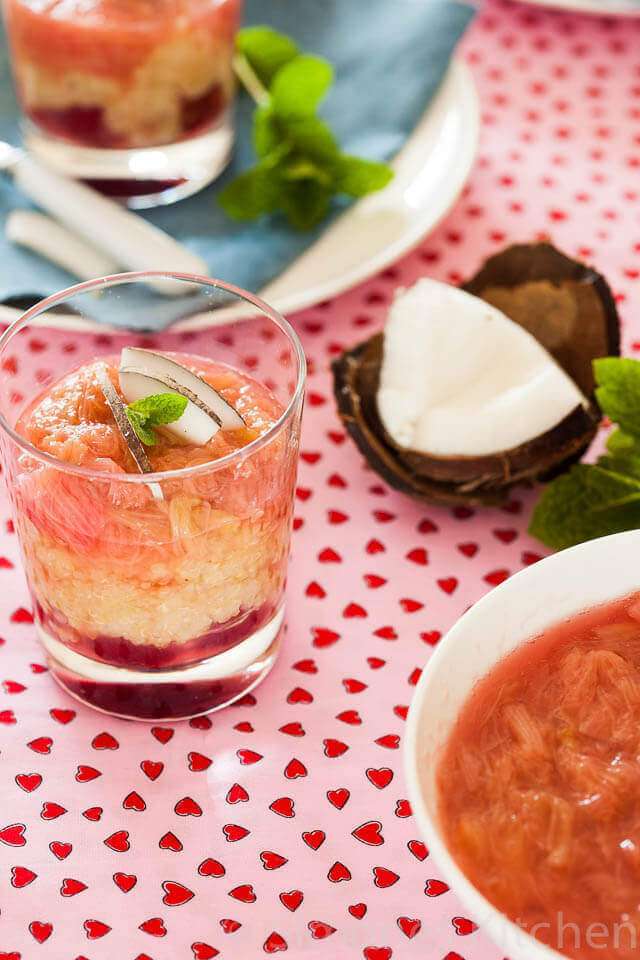 By then, two people who had seen it happen, had stopped and that was a good thing as I started to get very shaky and the bystander got my phone from me and explained what had happened to the ambulance people. Thank God, the ambulance and police where there within 5 minutes, sirens blazing.

Both police and ambulance people where extremely nice to me. I guess it was pretty obvious that I was badly shaken, could hardly explain what had happened. They also couldn’t understand a word the poor motorman was saying, as it turns out he wasn’t Dutch and I’m not even sure he spoke English. One of the policeman led me to their car and planted me inside to calm down a bit and obviously to hear from me what had happened.

I guess it was a pretty straight forward accident; obviously my fault but definitely not on purpose. I had to have my alcohol levels checked (also obviously zero) and they wrote down all my details and I could move on. The motorman had been taken away in the meantime. 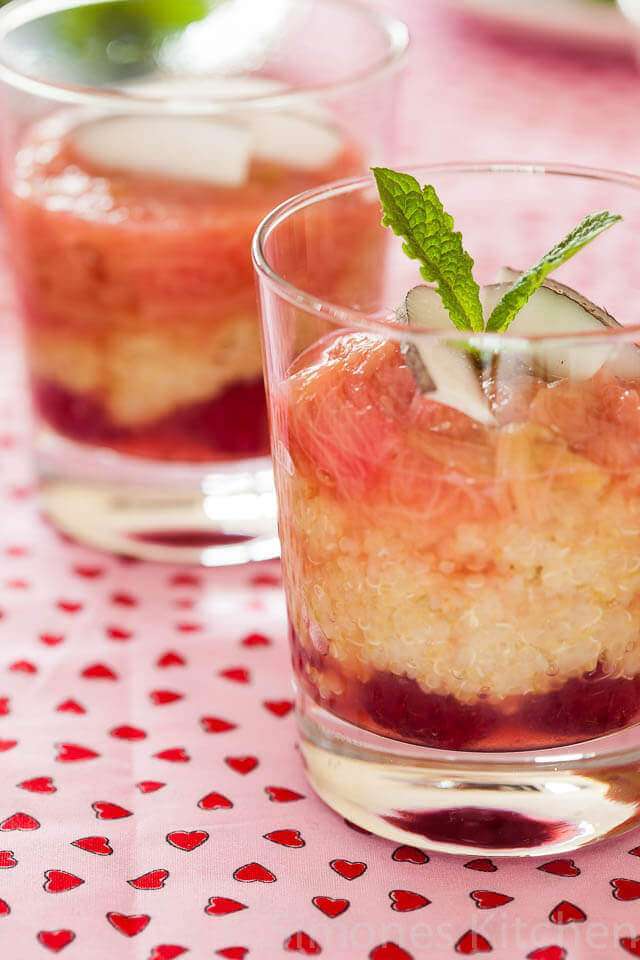 And then you have to get back in your car and drive away. My car – btw – had hardly a scratch. A little dent in the front bumper and a scratch along the front of the bumper but that was it. In a way it’s probably good to have to drive straight away after something like that. I had called Tom to tell him what happened but it would have been silly to let him come and pick me up. After all, I had to get back in the saddle, so to speak.

And then comes the waiting. Waiting to hear if the man you hit is gonna be ok. I had nothing to go on; no name only his license plate from his motorbike. The police had promised to call me in the afternoon but didn’t, so I started calling them myself this morning and they did call me back fairly quickly to tell me that the man had been released from the hospital and was gonna be ok eventually. Wearing a brace around his back for possibly a few months as he bruised something there but it could have been worse!

For someone who has never even hit a pole or whatever, this was an experience I hope not to repeat. And with that said, I will be leaving you with something a lot sweeter then the story I just shared; a delicious quinoa dessert. The quinoa is slowly steamed with lime and coconut and is then eaten lukewarm with rhubarb and raspberries.. Mmmm, what’s not to love? 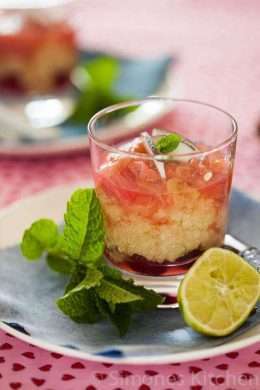 Steamed quinoa with rhubarb and coconut

« Previous PostSummer trifle because it is May!
Next Post » Aebleskiver or Danish pancakes