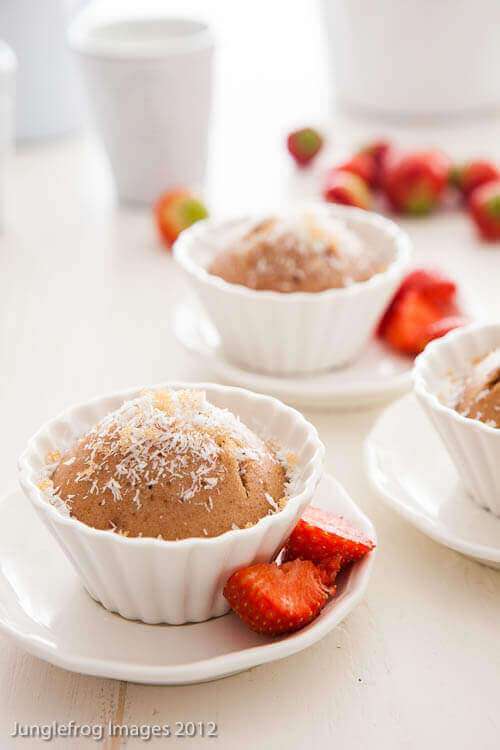 Note to self; need to buy a bigger steamer… Note two to self; need to use common sense when putting something in my small steamer… It all started out so well this afternoon. I was going to make steamed rice cakes, a lovely tuna salad (will follow later) and for dinner cola chicken (also later)

A couple of days ago I had received the book Lemongrass & ginger by Leemei Tan. You might know Leemei also from her blog My Cooking hut which I have been following for years. I didn’t realize she had a book out until we started talking about the Vietnamese dinner that Tom and I had two weeks ago. Leemei was being very helpful with tips on what to make and at some point in the (facebook) conversation it became apparent that there was a cookbook. I would not be me, if I did not immediately check it out, liked what I saw and ordered the book. Did anyone call me impulsive? Nah… not me… 😉 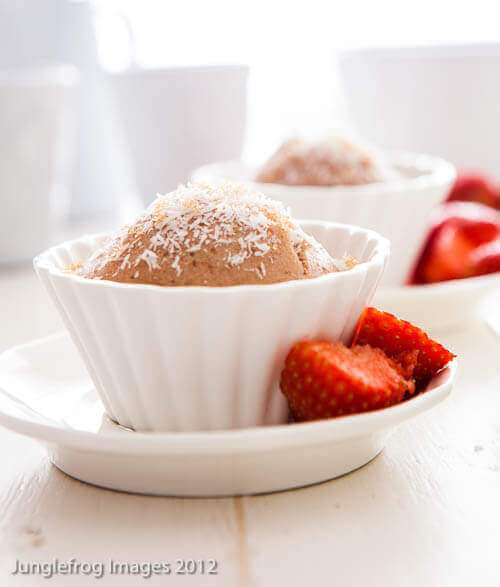 But I got the book and was certainly not disappointed. It is gorgeous and hosts a range of recipes from around Asia. It has basically all my favorite countries in there… I sooo want to go back to Asia! It’s been too long, but that’s another story. Anyway, I started browsing through the book thinking of which recipes I wanted to try and I kept going back to the ones with the snapper or that singaporian crab! Gorgeous dish, but unfortunately neither snapper nor blue swimmer crabs (or any crab for that matter) is to be found close by, so that will have to wait for another time.

I also didn’t want to pick a recipe that was either Thai or Vietnamese as I do cook a lot of those already so wanted to try something different. So – you guessed it – I picked the steamed rice cakes first. (Both recipes I chose are from the Philippines!) It seemed like a perfect healthier alternative to some of the rather fatty cakes I have been making lately. (for work, for work!… don’t let anyone tell you differently!) 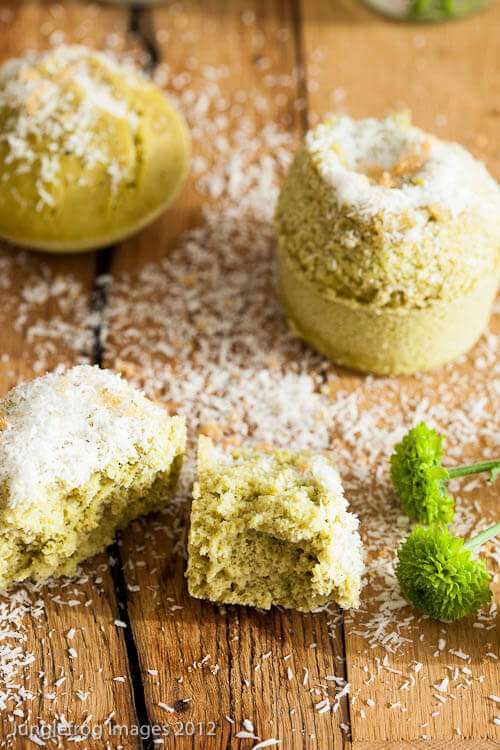 But… and here comes the but… I only have two small bamboo steamers. Love them as they are usually ok for two and for these pretty cakes I could fit three ramekins in the basket without problems. That is… not taking the rising into account… I cannot believe how stupid it was of me to not think about that fact when I put them in. They were happily steaming away while I was busy chopping other ingredients for the tuna salad and when I took a peek after about 10 minutes my heart sank… Damn… the entire upper part of the cake was sticking to the lid of the steamer… Obviously that didn’t come out too well. Because I had overfilled the ramekins they needed a lot longer then the 15 minutes they were supposed to take but they did come out ok in the end, except for the looks department.. You can see how damaged they look below! In the picture above they are prettied up a bit but still… not what I had in mind! 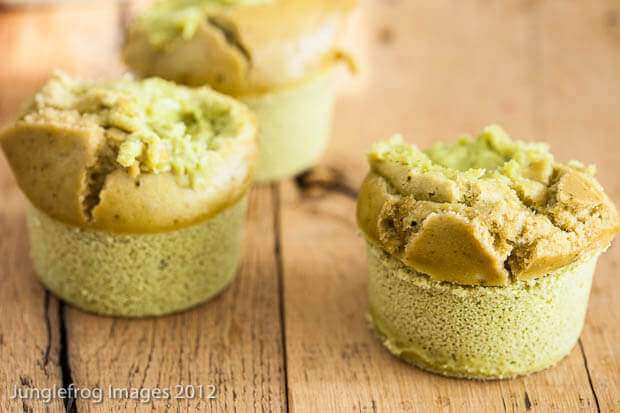 I had one bit left ( I also overfilled them way too far… didn’t realize they would go so high) and I put that in a little round bowl and that is the only one that came out looking pretty good. the shape of the bowl was a bit odd, but it cooked to perfection in 15 minutes as it was supposed to. O well, I just need to get a bigger steamer as this is just way too small for things like this! 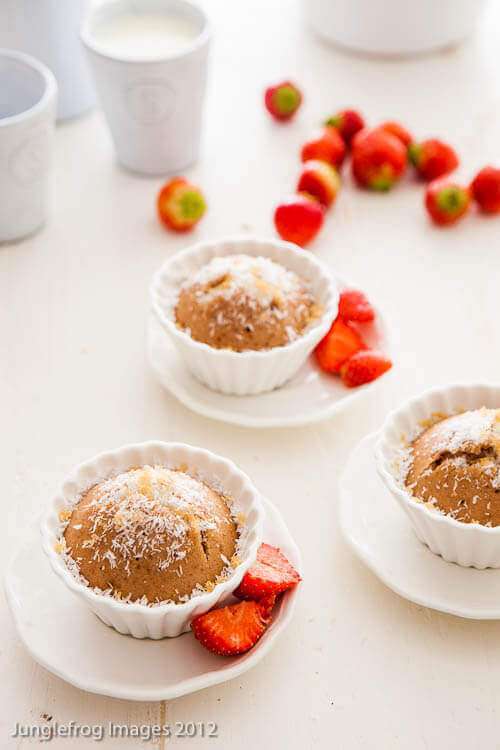 Of course, after having that small hiccup in the steaming process I decided I needed to redo the cakes the next day in a better way. Went out looking for a bigger steamer but that is – ofcourse – not found close by so I had to come up with a different solution. I used the same bamboo steamer I used for the matcha cakes but I used smaller ramekins. Aren’t they cute?

The cakes themselves are lovely. Not overly sweet, a tiny bit sticky in consistency and with some shredded coconut and a sprinkle of sugar on top, they are perfect. One thing I noticed is that if I made them in my bamboo steamer which I did with the little cinnamon ones and the matcha ones, the top of the cake burst open. However if I put a lid on the pan the top became very smooth and no cracks. I guess that is because it is more moist but something worth to remember. I made the second batch of the cinnamon ones (I did the little ones first and then used slightly bigger ramekins so didn’t use the bamboo steamer. I put a steaming basket in the pan and the lid on top. That resulted in the cakes being more moist and dense. (see last picture for comparison; left are the ones from the bamboo steamer, right are the ones with the lid on) 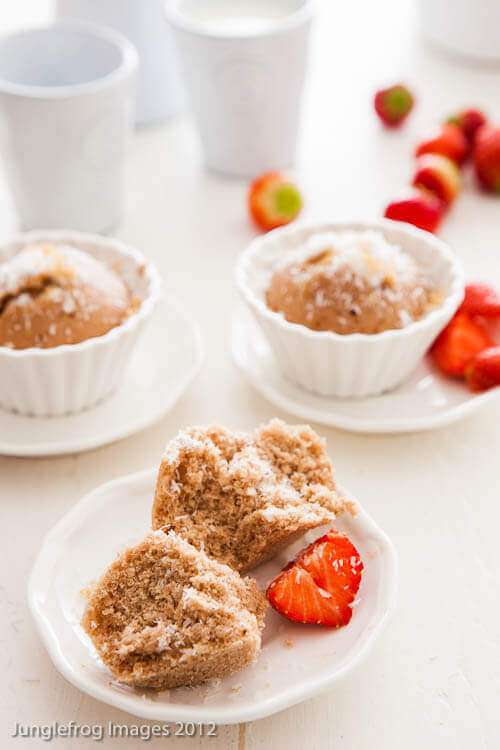 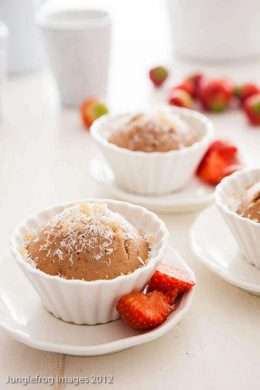 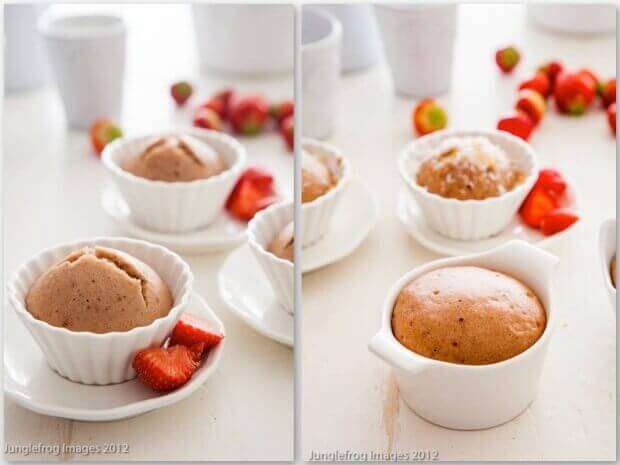