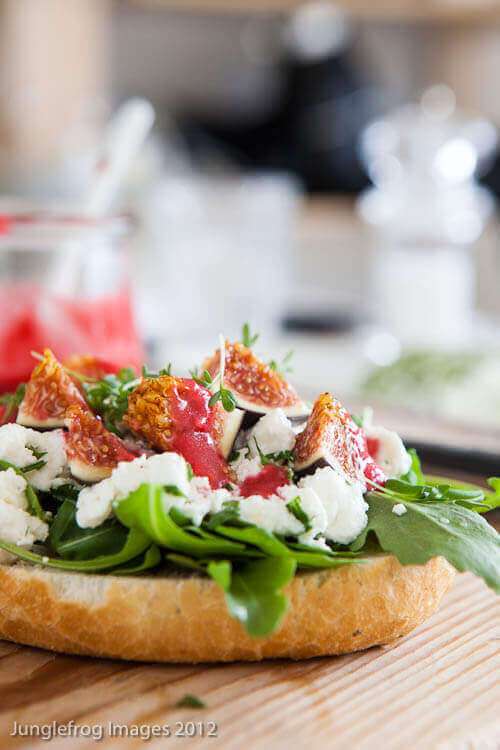 Let’s just start by saying that this has been a very interesting difference between making cheese with pasteurized milk and making cheese with raw milk. Now I realize that there are a lot of countries where raw milk is illegal but here in Europe is it fairly easy to get. I didn’t know this until I actually started with this whole cheese making business but I have since found out that it is illegal in both US and Canada although there are quite a few states in the US where it IS legal to buy. In France it is considered very normal to produce raw milk cheeses and I gotta be honest here; up until recently I had no idea what all the fuzz with raw milk cheeses was all about! 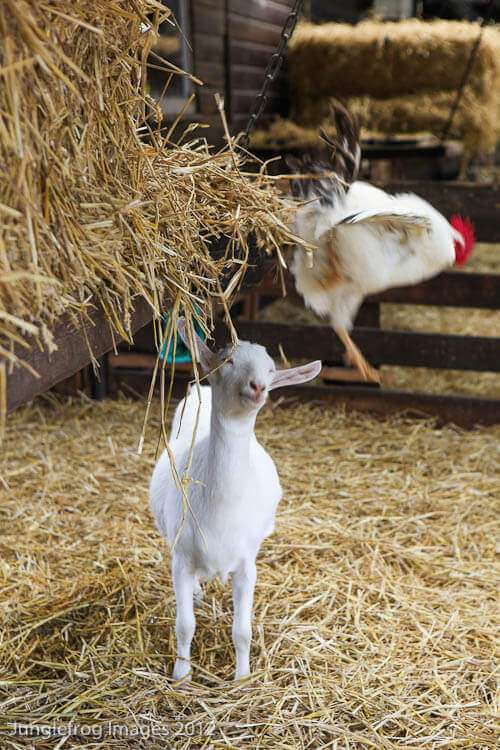 Sure I know you shouldn’t have that when pregnant, sick or elderly but well since I am neither of those it’s just one of those things, right? I eat cheese and don’t worry about the origin of the milk that it was made of. But… even though raw milk IS legal here in the Netherlands, it is not something you find on every corner of the street. You have to go in search of it. Growing up I had plenty of raw milk, since my friends parents had a farm with milk cows and we would drink it sometimes straight from the cow. Warm and all… It doesn’t get any better then that… But those days are long gone and finding raw milk in Almere is virtually impossible. And then again, there is a big difference between finding raw cow’s milk or goat milk, which is even harder. 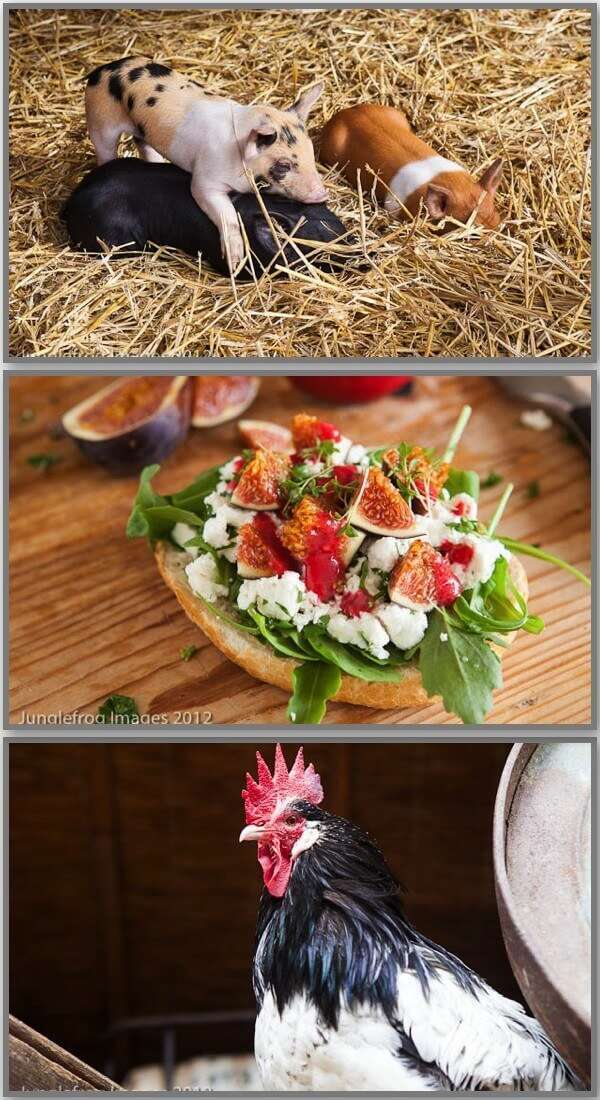 But I googled and found a goatfarm in Amsterdam, so not too far away and since I had time I drove over there on a thursday morning. It was lovely weather and all the goats where enjoying themselves out in the pasture. What is better then that? I loved the place called Ridammerhoeve and yes, it is fairly commercial as they try to make a living out of it but what is wrong with that. They sell goat’s meat as well, but haven’t looked into that. Will definitely be back!

I was looking around for bottles of goatmilk but you actually had to tap them yourself from a large cooled container. On the container it is also mentioned that in order to pasteurize your milk heat to 72 C. Just so you know… 🙂 I got myself 3 liters, allowing for a little spilling since was planning to make the cheese with 2 liters. I was pretty much determined to follow the exact same method I had used the first time just so I would be able to see the difference between cheese a and b. So I heated the milk again and put it into the oven to stand there for 12 hours. 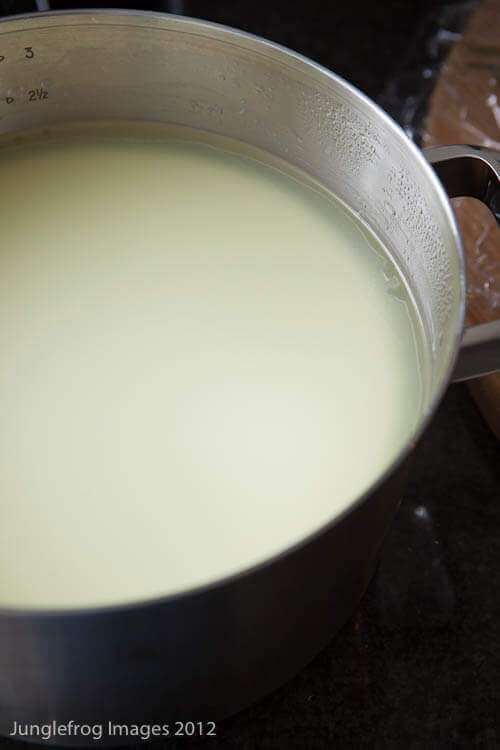 Now as you can see there is a clear separation between the whey and the curd. This was after about 10 hours. I needed to use the oven so took out the pot with milk and let it stand on the counter top for the remaining two hours. Not sure if that was necessary but thought I follow the procedure. Then I used a slotted spoon and scooped all the curds out of the pot and into the waiting colander lined with cheesecloth. This was different as last time I dropped the whole pot in in one go which was advised against. 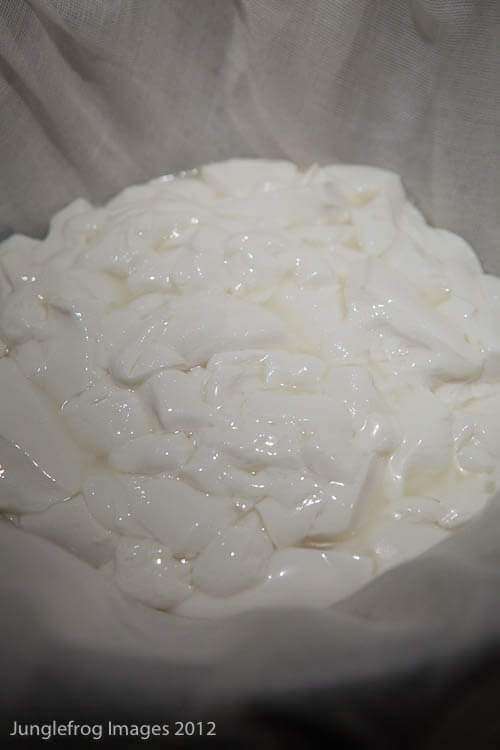 Now the curd already looked very different from the first batch. The whey started draining away immediately and after only 4 hours the cheese was already firmer then the other one ever got after 55 hours of hanging! 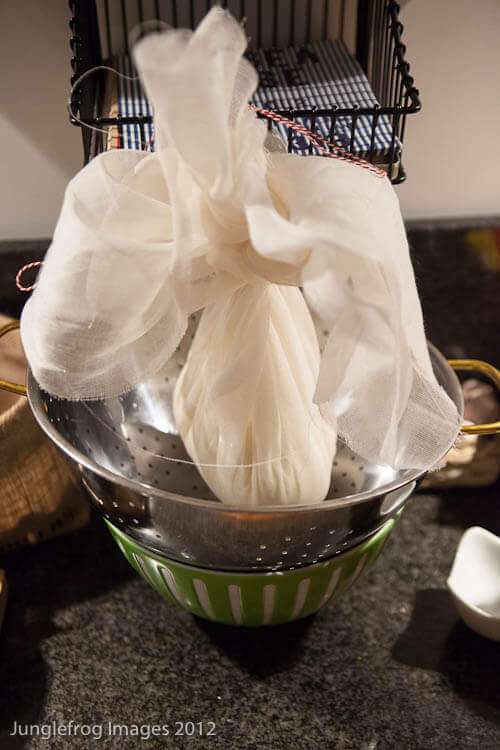 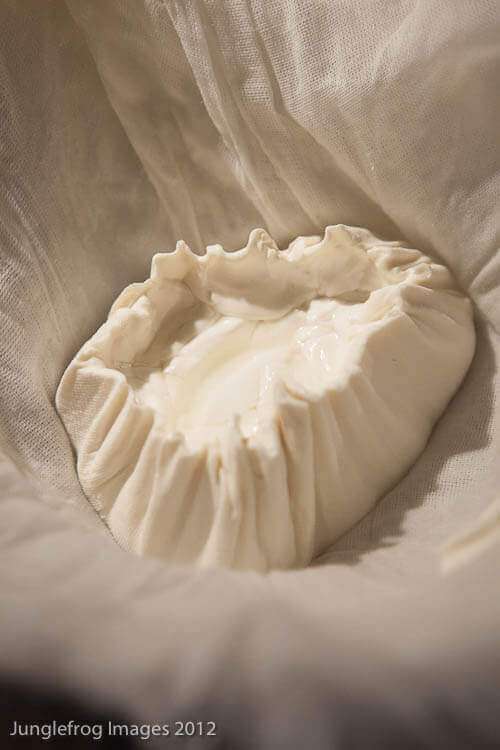 Now I probably should have opted to remove the cheese from the cloth at that point but I left it overnight. By that time it was midnight, I was tired and just wanted to go to sleep and not roll cheese.. 😉 So I left it hanging. Waking up early the next morning it had firmed up even more and that little bit of liquid you see on top in the picture above was gone. 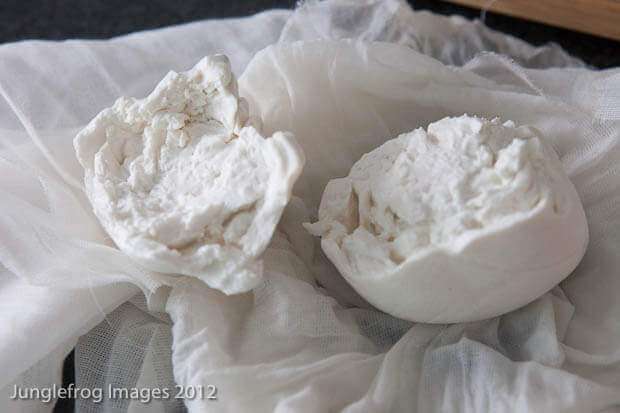 I broke the ball of cheese into two parts and as you can see it is very firm and almost crumbly in texture. Now I do like my goatcheese to have this texture but it is sadly lacking in the flavor department. I wanted to roll it into a log although I might have just left it into this ball shape it was in as breaking it up, resulted in this 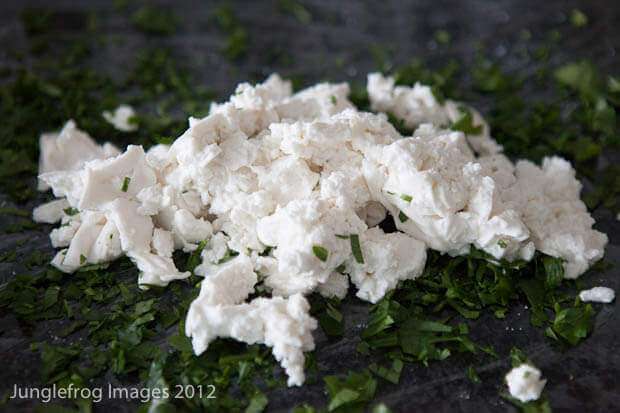 I wanted to rol this one in parsley but that didn’t really work very smoothly, so I should have probably done something else. I added more salt to at this point, wrapped it in plastic and put it in the fridge.

Interesting point is that I got 170 gr (roughly)from the first batch of 2 liter. Out of this second batch I got a whopping 350 gr of cheese! That is double the qty!

Now was the cheese tasting better then the first batch? Sadly no. To be honest that is not really a surprise as the flavor of the other cheese had much longer to develop plus I added more salt into the curds everytime I stirred it, so there was more taste to it and the goat flavor is stronger too. I didn’t expect it to work so quickly this time so was not quick enough with adding the salt. I wonder what is going to happen if I leave it in the fridge for a couple more days. Will it develop more flavor? Salt has been added now again after using it for the sandwich you see.

While the flavor overall was very mild, it was still good and once you added some other flavors it did work. The sandwich I made looks a lot like the salad I had before doesn’t it? 😉 I had some of that delicious dressing leftover so I used that together with the leftover figs and had some rocket instead of the butterlettuce I had with the salad. 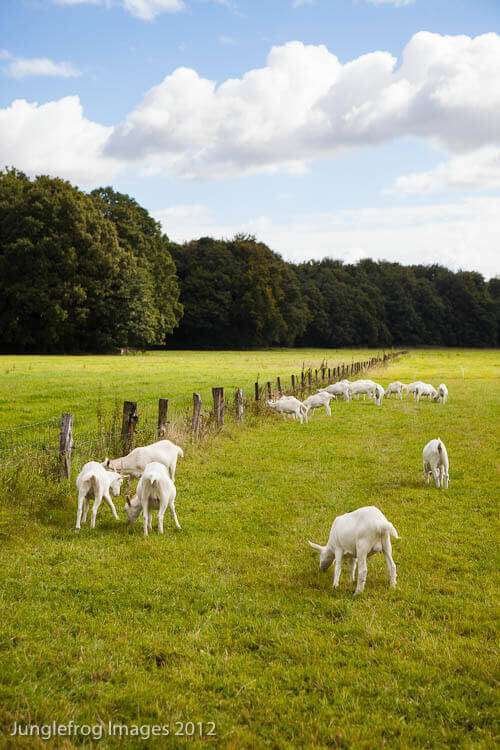 Here are my tasting notes for the second batch of goatcheese with raw milk, after 1 day. (assuming the flavors will develop more once time progresses)

You can find the recipe I used for both version here. And since I just know you want to find out what I put on that sandwich, here’s the recipe for that plus some extra notes on the goatcheese recipe.

In fact, now that I have made this twice I am going to do it again but then add more salt to the mix prior to draining. Or I am going to try the supermarket milk again as I do think that is promising as well… So many choices!

Thinking about it some more I think I may have used a tiny bit too much rennet in my second batch of goatcheese. I was trying to figure out why it was so firm and looking through Mary’s book, I think it is a good assumption that I did indeed use too much. Mmmm, I can feel more goatcheese making coming up soon! 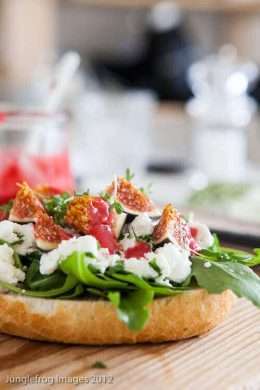