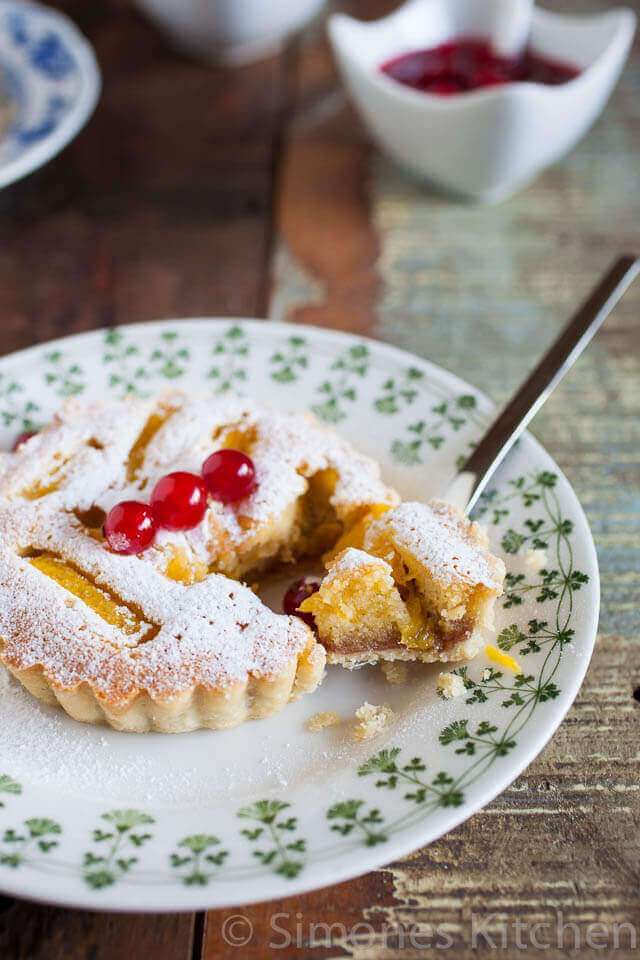 Have you ever had that moment when something just clicks and you finally figure out how to make something? You’ve probably figured out by now that I love to bake, but I have always struggled with making short crust pastry; either sweet or savory. It just never really worked. The crust would be too hard, no flavor, not baked right, raw, overcooked etc. I struggled. A lot, so most of the time I resorted to pre-made pastry packets which – to be honest – don’t really always work that well either. But then we had that great workshop in Ireland, which in essence didn’t have anything to do with tarts but since Tartelette was giving the workshop, we were fortunate enough to have her teach us how to properly make tarts as I told you about here. 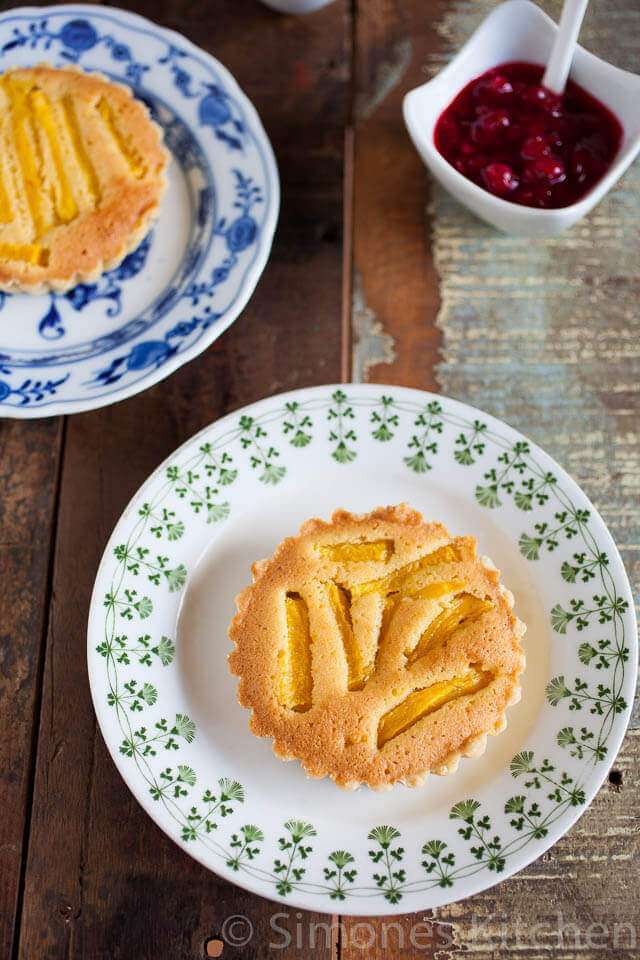 And if you follow me on facebook or Instagram I’m pretty sure you’ve seen quite a few tarts pass by since. They have been sweet. In fact now that I think about it; all of them have been sweet! Not because I don’t like savory tarts but we’ve been having friends over for dinner and these little babies are just perfect for an after dinner dessert. So expect a couple more passing by in the next few weeks as I made some pretty good ones.

The base of the tarts are all made with the fabulous fabulous crust recipe from Holly Herrick. If you don’t know that recipe yet, I would highly recommend you follow it and get her book Tart Love: Sassy, Savory, and Sweet

which is full of the most amazing tarts too. I haven’t even begin making those, but I have been using her pastry recipe ever since.

This particular mango frangipane tarts we made when my father in law came for dinner and he got some of the leftovers to bring home too.. 😉 Always good when someone else takes some of it away! (to prevent us eating it al, you see..) 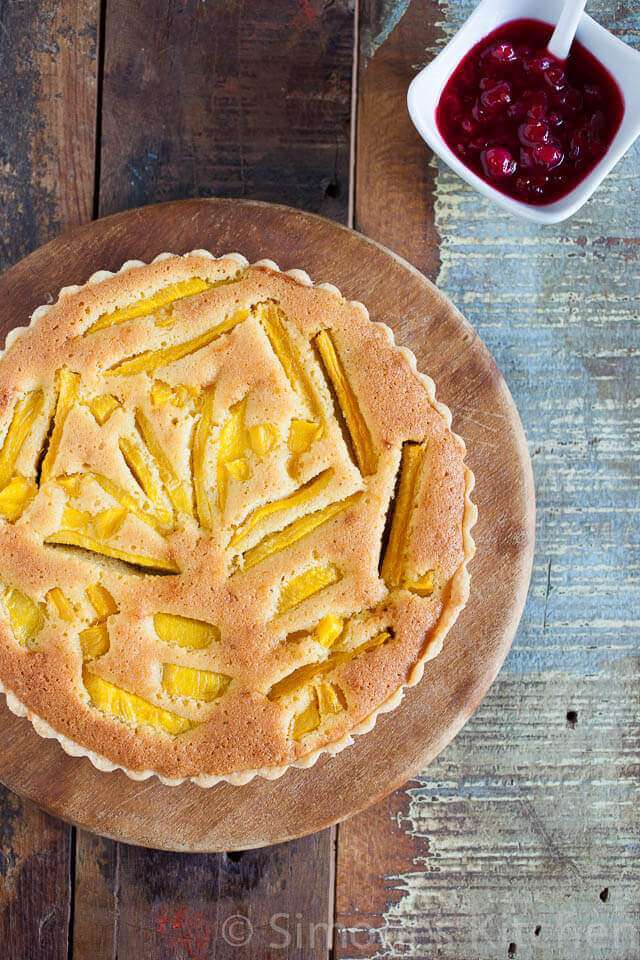 I had some red currants leftover that needed to be used, so I made a bit of a jam-like substance with them by simply cooking them briefly with some sugar until a little bit thickened. Since currants are pretty sour make sure you taste the mixture to avoid a sour face when they bite into your tarts! While I was making the frangipane, Tom was cutting the mangoes so eh.. they ended up being a little more rustic then I had in my mind. Lol.. O well, they still tasted as good as they should have! 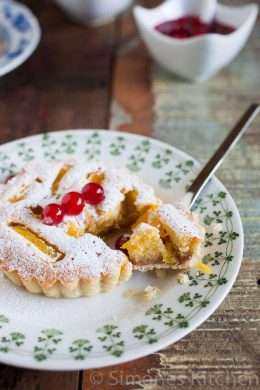