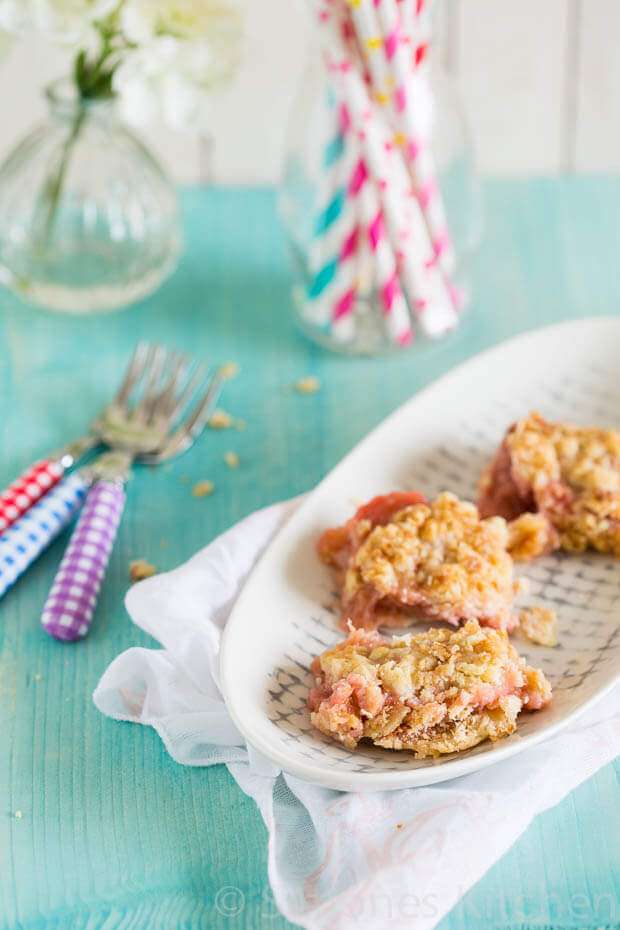 It looked so pretty in my head. Neatly cut into cubes… Really… I had seen the recipe for this rhubarb crumble on the blog of Ellen from  MadebyEllen. It looked amazing and my father in law would come for dinner so it seemed only logical to make it for dessert, especially since I had rhubarb freshly bought. For main we had a – totally not compatible – Mexican stew with rice, but hey both tasted good!.. 😉 The recipe for the crumble was easy to follow, made in a flash and done! (I thought) 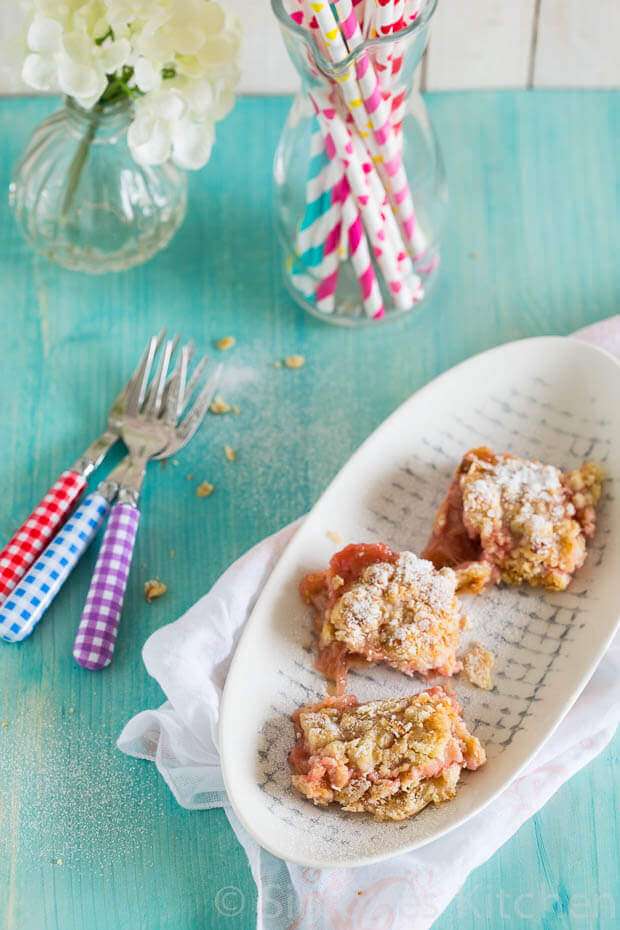 Diner was nice and I was particularly pleased with my homemade guacamole (which I forgot to photograph, so will have to make it again soon!)

So we waited for a bit after the main and than it was time for dessert. I went into the kitchen, whipped up some cream and wanted to cut a piece of the pie from the ovendish. And you know that moment when you think you’re gonna do something and than it turns out something is not as it should be… Well it was such a moment! With no force or tool was it possible to cut through the crust at the bottom. I got a knife, a spatula… nothing worked! And if you’re wondering if I greased the bottom than the answer is yes ofcourse! 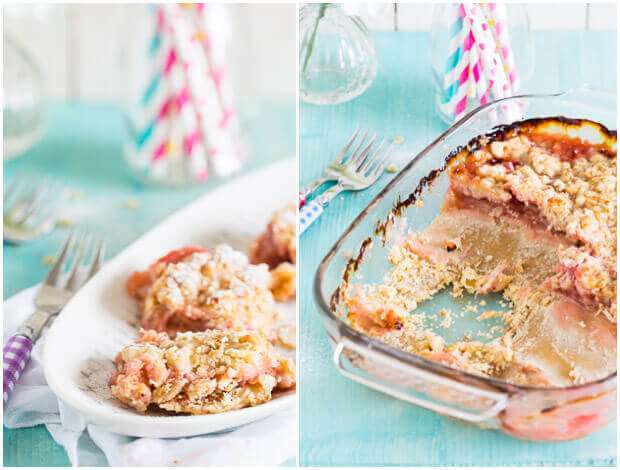 And voila here is the ovendish

For the visual proof I have put the ovendish in the photo as wel; so you can see I did not exaggerate. The only way to get the pie out of the dish was with a spoon and than mostly without the bottom part. Weirdly enough the crust is quite edible if you manage to take a bit with hammer and knife.. 🙂

So bottomline is that this is a really tasty dish but you need to put either baking paper in the tray or use a non stick bottom as obviously this was not the right ovendish for the job. If I had only known!

Thankfully I am a master scooper and father in law never even noticed something was missing from the pie. A little whipped cream will do wonders as well to cover up the less pretty pieces. But like I said very tasty! The funny part was that I was worried about all the liquid rhubarb normally produces but that all went wonderfully well and disappeared into crust and crumble. So if you fix that bottom this is an absolute winner! 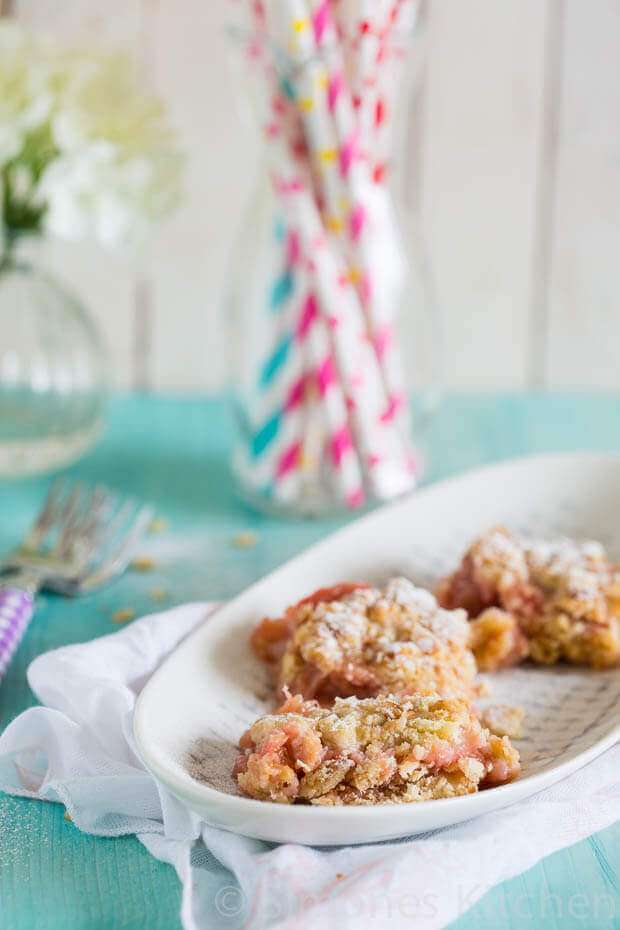 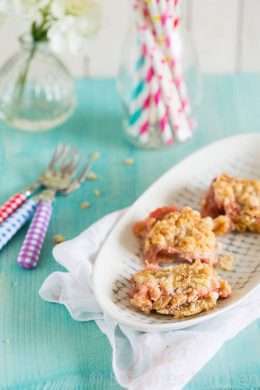