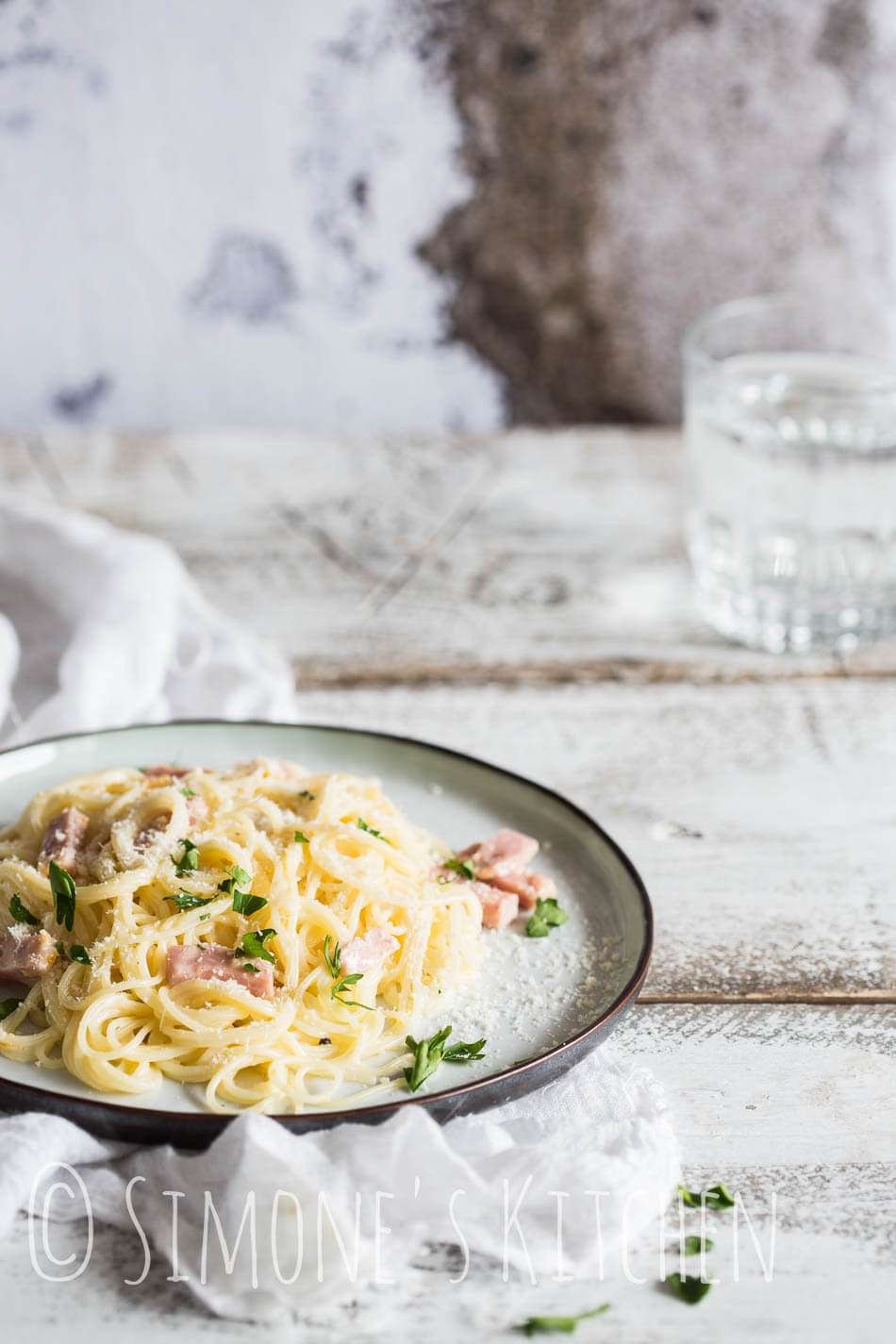 About a year or so ago I got my hands on one of those precious old cookbooks. It must have been from the sixties or even older. It contained a few photos and those where so horrific that an idea formed in the back of my head immediately… How much fun would it be to do a remake of one of those really old photographs/recipes? It’s not only fun looking at those old pictures but what to think of things like: ‘Cook the cauliflower for 30 minutes’… Say whaaaatt?? Apparently in those days you’d cook even things like pasta for an insane amount of time. 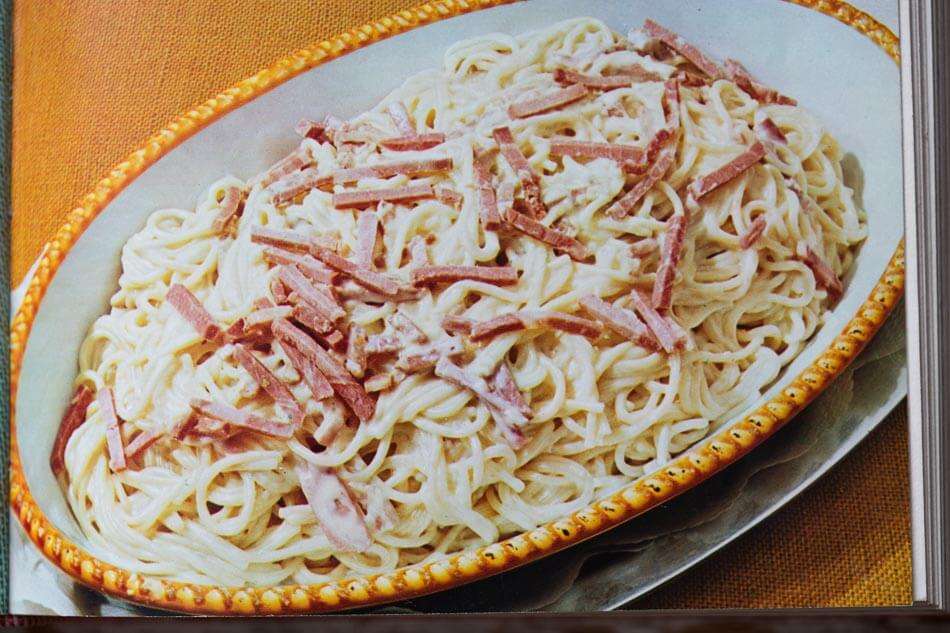 The original image from the book

In this case the book I used is called “Modern Art of Cooking” by Pellaprat. It had quite a few images and certainly for that time (this one is from the sixties) but most of them are hideous. In fact the one you see above is not the worst by far. I’ve tried to find the photographer but apparently in those times it wasn’t done to mention the photographer in the book. Even though they rave about the beautiful ‘art of photography’ that was used, but no where have I been able to find a name. One thing I noticed is that the use of sauce is not restricted anywhere. There is a whole series of egg-dishes where you can only see round shapes under the sauce… Brown sauce of course… 🙂 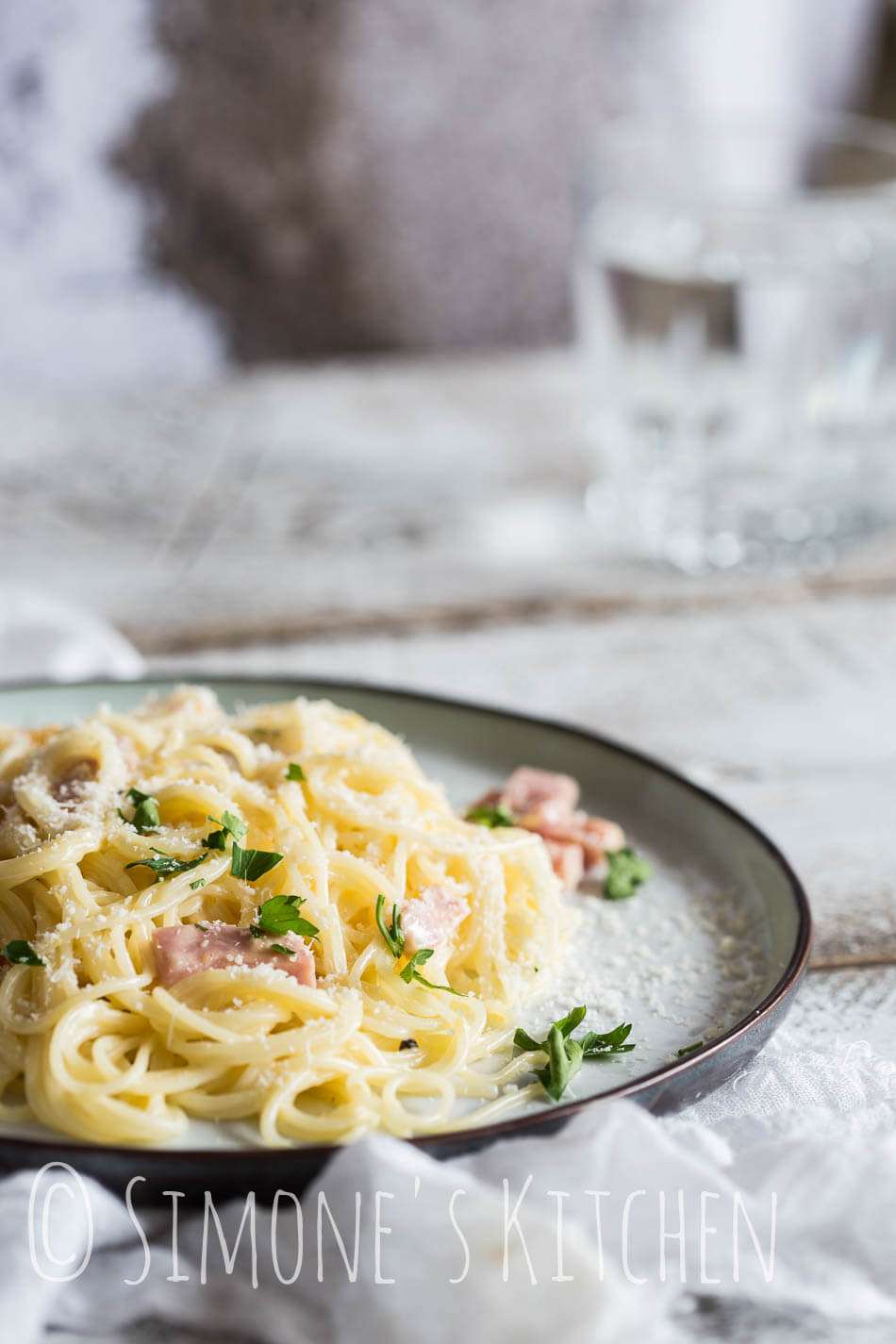 I chose this one as I love pasta carbonara and it has been on the list to make for quite some time. The recipe was for 10 people so I did change the quantities somewhat as they were odd to say the least. Huge amount of pasta and than only 3 egg yolks. I used my own judgement for that and decreased the pasta amount to two people. 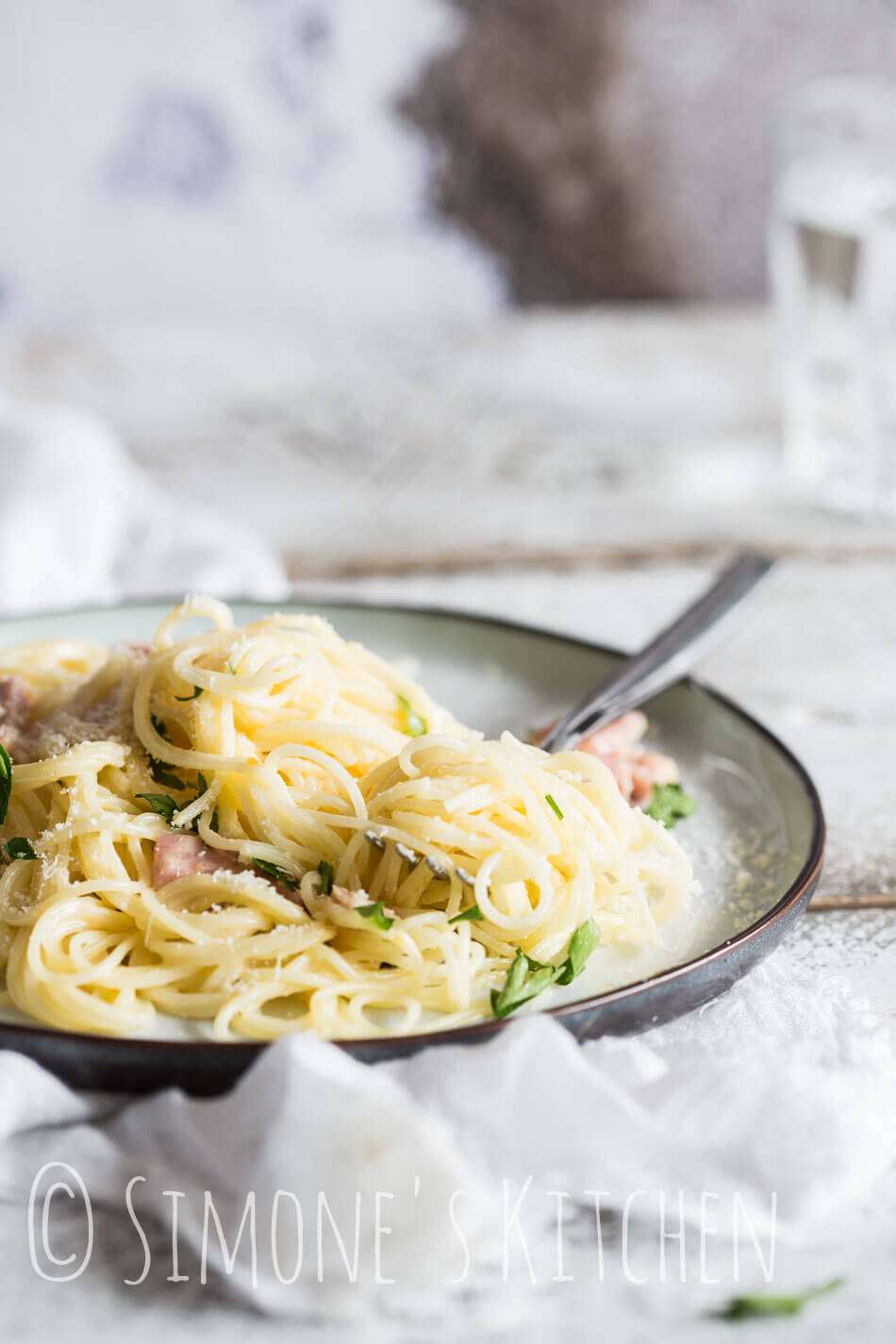 I always thought that you made a carbonara by adding the eggs into the hot pasta and creating the creaminess that way. However in this recipe they added the eggs to the sauce instead. I followed that method and well the end result was really delicious. Obviously I photographed it in a more modern way (I hope…haha)

More dishes to come as this is quite a fun project! We did two dishes that day and prepare for a disappointing second time as that was way harder! 🙂

Course: Pasta
Author: Adapted from the Modern Art of Cooking

3 comments on “From Granny’s kitchen – the remake: Pasta Carbonara”