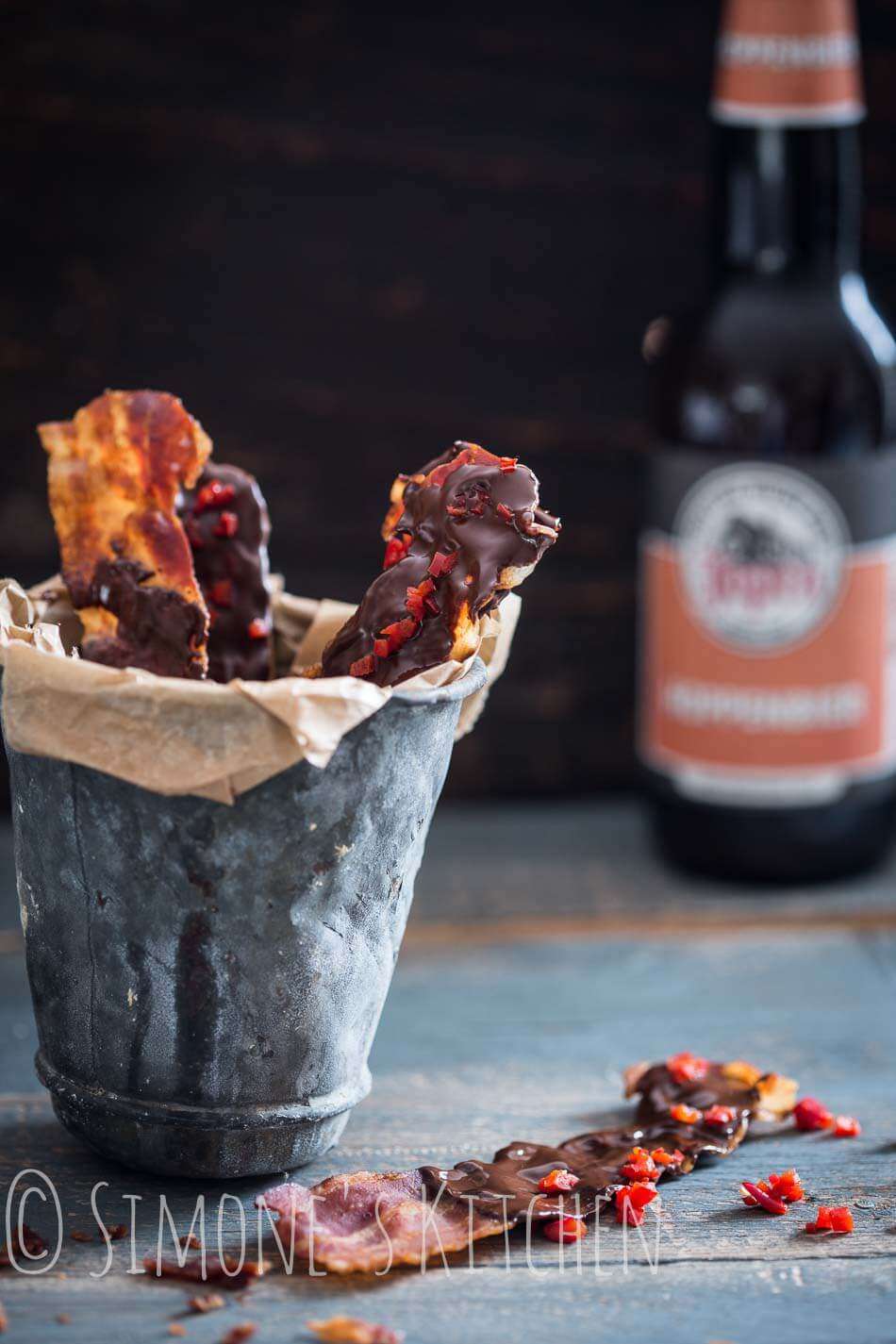 A lot of people tell me that I use a lot of words for a Dude.
So today I will prove that I too can be a man of few but strong words.
And to strengthen my case this Dude will also give you a Dudey recipe for a manly snack.
Fast, simple and delicious which doesn’t need much words, because the combination of flavours tells it all.
But before I give you this tasty little treat, first a little story about how I came to this recipe…It was a Sunday and it was one of those Sundays that I didn’t have to work.
So I already thought about the quality time I would have on this day with the Misses.
I looked forward to going out with the Misses and having lunch at some Dudey lunchplace after a stiff early spring walk.
But what’d you think? It was Sunday and both the Misses and yours Dude truly, were lazy as Hell; or as we use to call it: ‘labbeykak.’
Despite the weather being fairly good for the time of year, we couldn’t get our lazy butts out of the chairs and couches in the house.
I can hear you thinking already: “But a real Dude, would never yield to his lazy moods, would he?”, and you are more than right about that.
But a real Dude also knows when to listen to the message of his body. And when the body yells and screams: “Keep me on the couch on your rare day off!”, then a Dude heeds this warning and obeys.
So my activity filled Sunday turned into a lazy couch potato day and the Misses didn’t mind either. 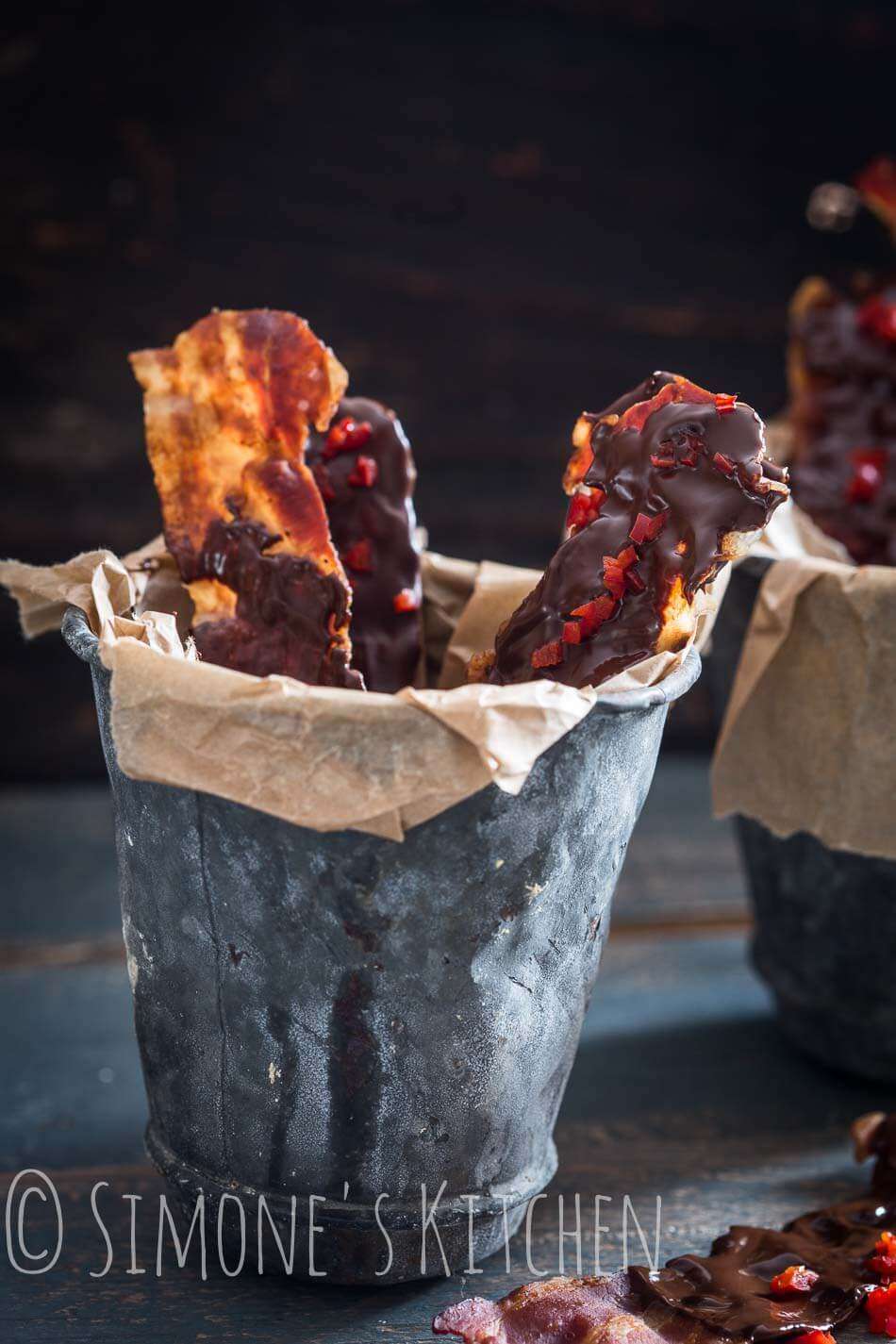 So there I was, lying on the couch and completely giving in to that primal Dude instinct that commanded me to stay on that sofa and don’t move too much. (hmm, I think I will write a song one day that has this line in the lyrics…)

With a torpid look at the Misses I said that I was in need for a snack (actually my look wasn’t that torpid. My look was more a lazy kind of one. But I just wanted to use the word torpid. I like the torpid word, Don’t know why but I just do).
The Misses looked back at me in the same torpid way (there you have that word again. I like it.) and said she could also use a snack. A sweet snack.
“Nahhh, I more in a savory snack mood. Something meaty.”, I returned.
And then the tug-of-war between Misses on chair and Dude on couch began: “Sweet, savoury, Sweet, Savoury, SWEET, SAVOURY!”
The sweet n savoury bouncing stopped after five minutes, when I hauled my wretched body (yes, I also like the words: haul and wretched!) and went for the kitchen to make a sweet snack.
A sweet snack that is based on something savory, that is. A dude with a plan, doesn’t give in that easy.
And that’s how I produced a sweet and savory snack in under ten minutes, which was welcomed by both flavour camps.
Crispy bacon coated in melted pure chocolate. To add some kick to this snack I also added some finely sliced chilli. Yum! 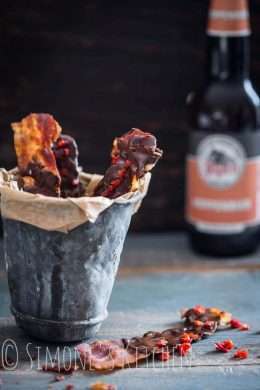 Superfast and easy snack of bacon and chocolate with some thinly sliced red chilies Sweet, savory and even spicey in one bite.
Prep Time: 5 mins
Cook Time: 5 mins
Servings: 3 -4 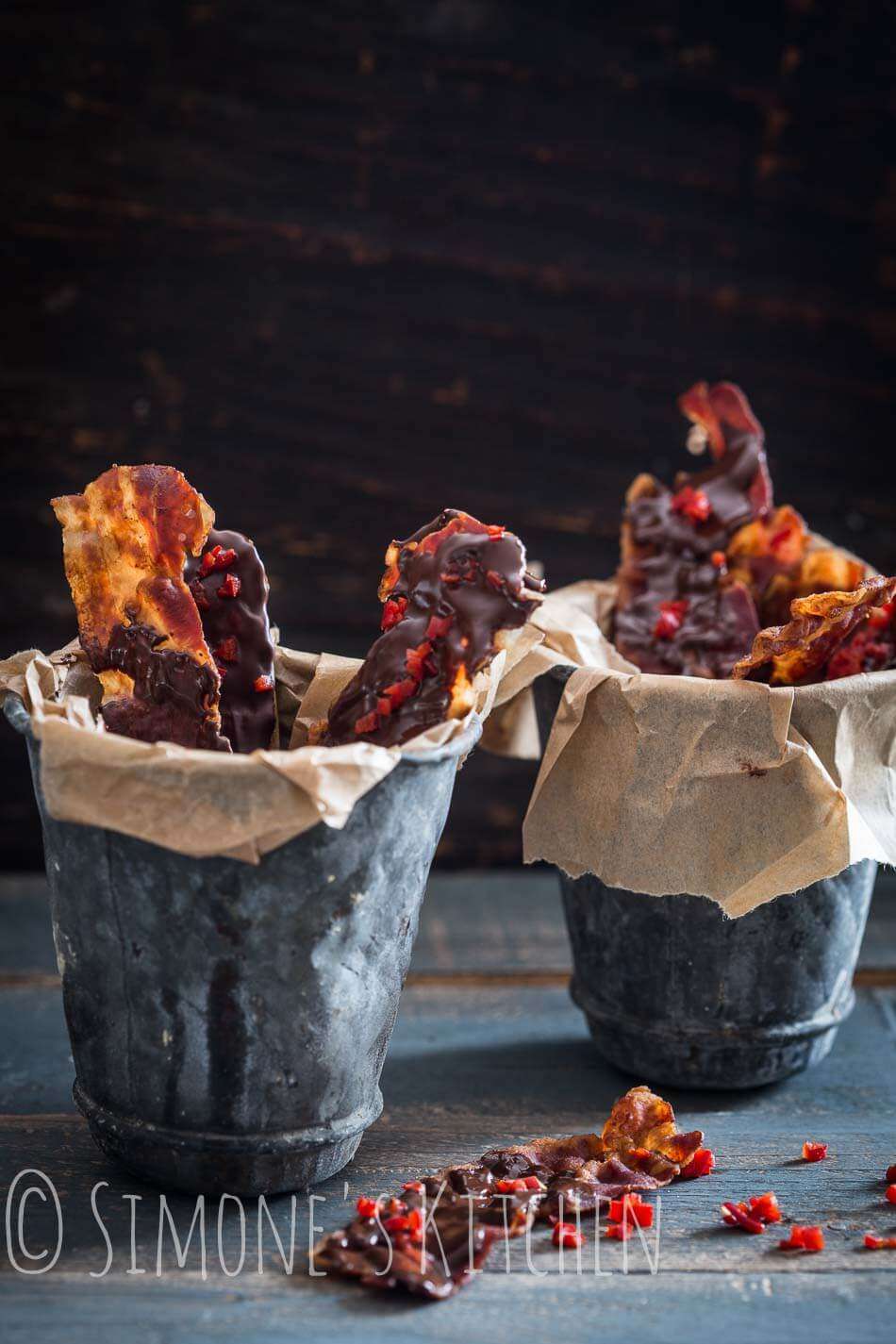 « Previous PostEaster bread with cheese and an egg
Next Post » How to make socca and my first cookbook!