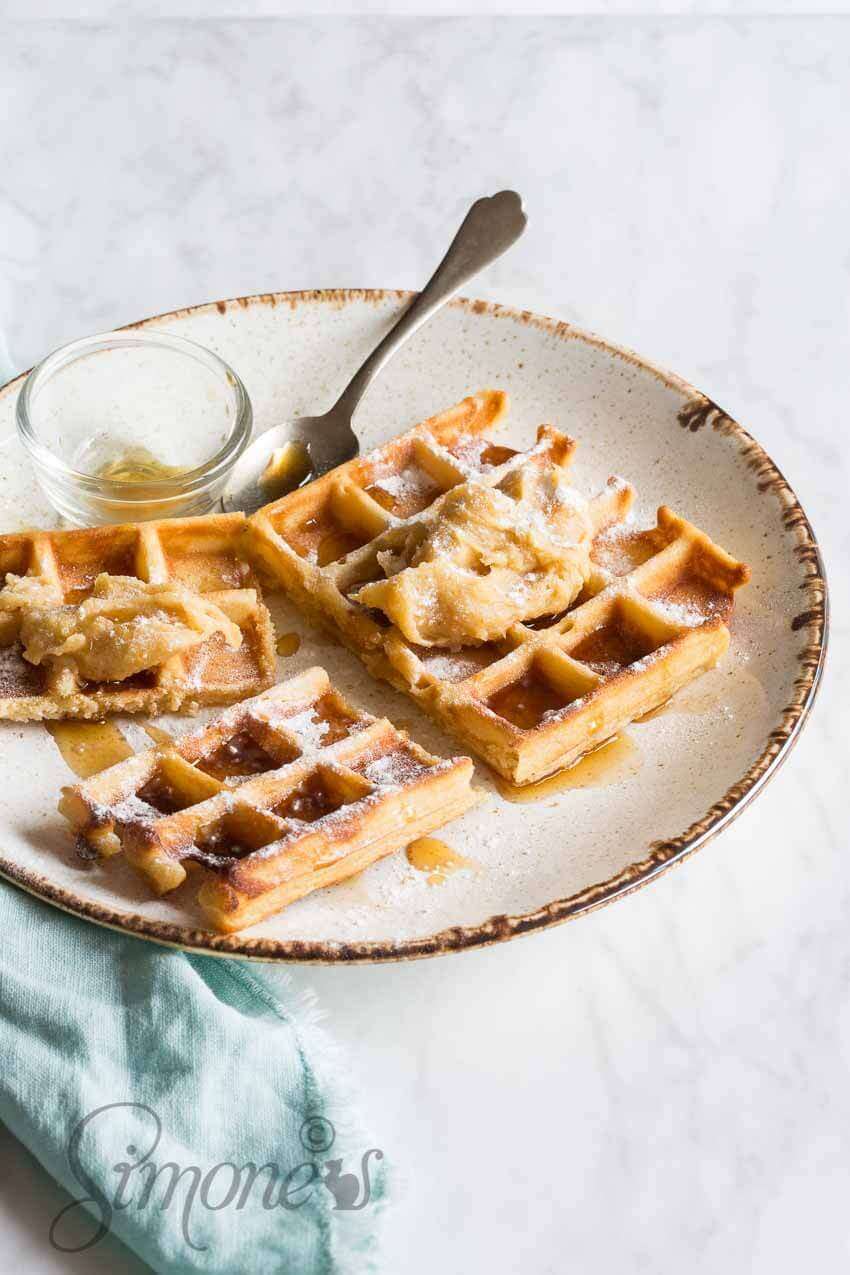 Ever since I can remember I have this thing for waffles. Whenever I see them or rather, smell them, they call out my name and I just have to have one… Sometimes that is good, other times it is slightly disappointing. I’m sure we’ve all had those moments where you bite into a waffle and the crunch you’re expecting is just not there… I even once tried one of those prepackaged waffles they sell at the gasstation. Man, that was a serious mistake. Yuck in tenfold…

But then there are all the good ones. Where you have this crispy outer layer and that soft middle, usually topped with something yummy like icecream or fruits and whipped cream… Heaven…

Why I have not gotten a waffle iron before is a big mystery to me really. Or maybe it was more of a self preservation thing and now that I have one I’m in big trouble. Big waffle trouble that is… Because this is just my very first try and I’m already addicted. They were sooooo good! 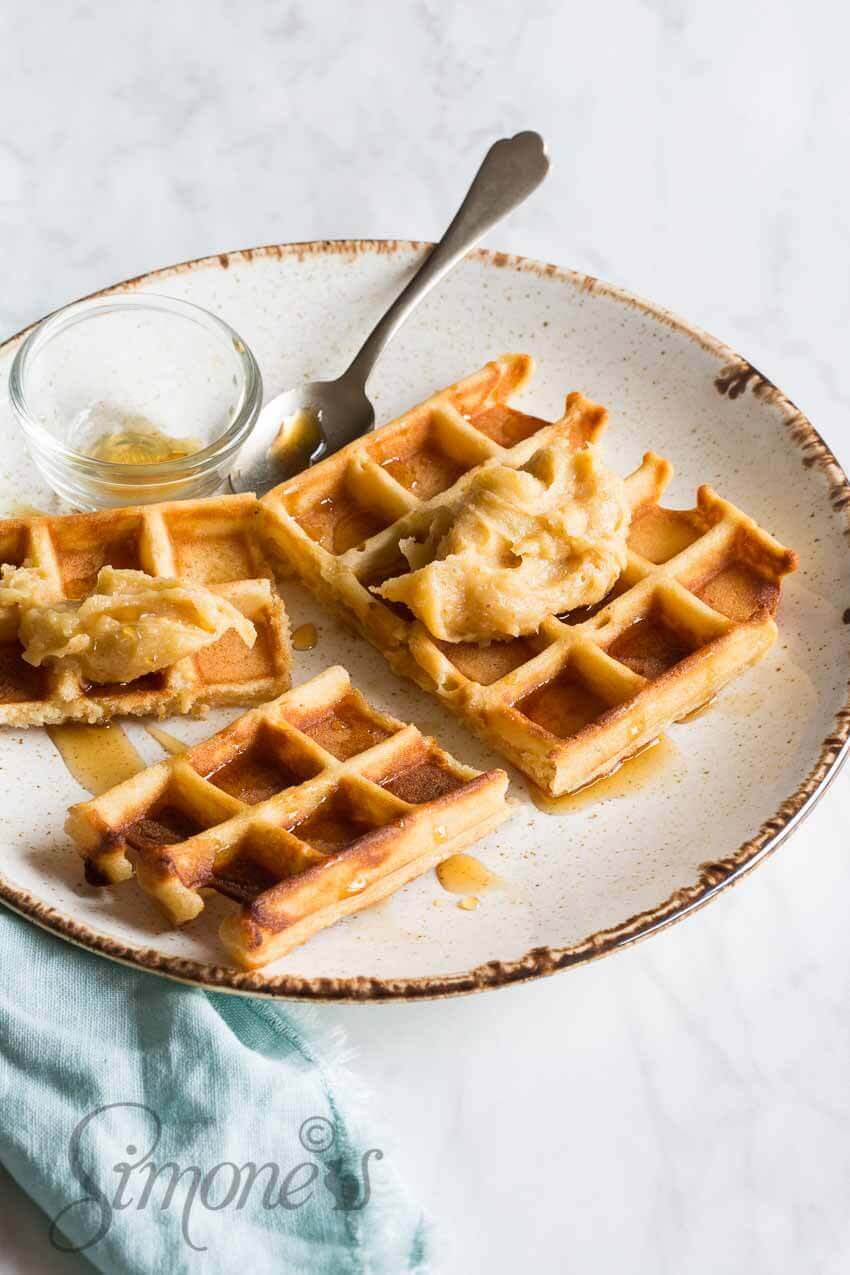 My shiny new waffle iron is a bit big as the one you see up here is cut into three… And fills a plate. Since we have too many machines in the kitchen already it made sense to buy plates with our already owned grill. Works perfectly but the grill is an extra large one and so they waffles are too. So you see that I cannot really help it… 🙂

This particular recipe comes from Donna Hay. I had to start my own waffle making with a trusted source so in comes Donna. I did see one other on her site that I will have to make, but more on that later. O and chicken and waffles is high on the list too.. And I’ve already thought of some savoury waffles as well to counterbalance the sweet… O waffle heaven! But now first go and try this one! 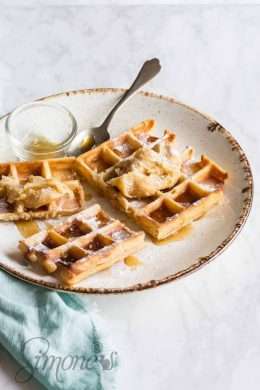 For the maple butter: