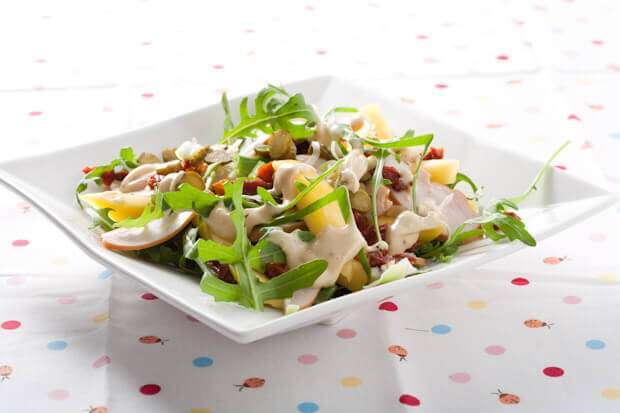 Every year when spring is slowly approaching I suddenly realize that the ‘bikini’ season is about to start sooner rather then later and after having spend most of the winter happily munching on not so lean foods…. you know where this is going right? Today was that moment when it hit me; “You better start preparing for the summer months ahead or else..!!” Now I am a firm believer of healthy rather then crash-diet so you will not see me eating apples all day nor will you see me try to survive on a few crackers. I just don’t believe that works, so I tend to go for the more sane option a.k.a. I try and limit my intake of fatty foods and – most importantly – set myself the goal to go to the gym at least three times a week! 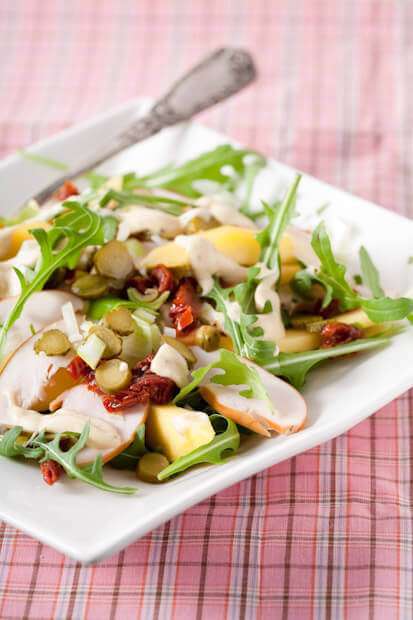 I’m more active in the summer anyway (does running around at weddings count as exercise too?) as I love cycling. I do spinning during the winter months, but since I go to the classes in the morning; sometimes work just gets in the way and I have to cancel spinning and go to work. Now how ridiculous is that! It’s almost like I have a normal job…:)

I did have time to go to the gym this morning, so I enjoyed a rigoreus spinning workout by Rene, who I think invented the word “intervaltraining”. I’m sure I will be sore tomorrow! I also read they have ‘core’ trainings coming up starting this week, which means focus on lower back and abdominal muscles. Sounds like a very good plan, especially since the people that ‘build’ me all those years ago, didn’t do a very good job. I’m a bit half baked really. Not that you can tell just by looking at me, but closer inspection will reveal that my spine is not straight but goes in such an arc from left to right that they needed two X-ray photos instead of one, when they took a photo of my spine.(scoliose)

Now that is literally ages ago, so I am not sure if the X-ray lady was joking or not. Anyway, it doesn’t bother me as long as I keep doing sports. As soon as I stop for too long… my muscles just give up and start a life of their own..:)

How did I get there? Yes, exercise, exercise and even a little more exercise. As I said I might take up the core-training thing, but for now I also need to start eating a bit healthier too. So today I decided to give it a good start with a lovely salad that I found in the magazine of dietguru ‘Sonja Bakker’. She is Dutch, so anyone outside of Holland will most likely not know of her, but anyone inside of Holland must have heard from her. Unless they live underground and do not regularly interact with the world.

She has a dreadfully boring diet, but one that does work if you stick to it (but then every diet works if you stick to it..) We followed it a couple of times, but while it is a very easy diet to follow, it is also not very imaginative, so I get bored after two days of eating potatoes, vegetables and a little bit of meat. There is sooooo much more out there in food-land! So I don’t follow Sonja’s diet but some of her recipes are quite good and today’s lunch was one such recipe that I would like to share with you here. If you’re not on a diet or maybe want to gain weight; I think blue cheese would also be really good in this salad! 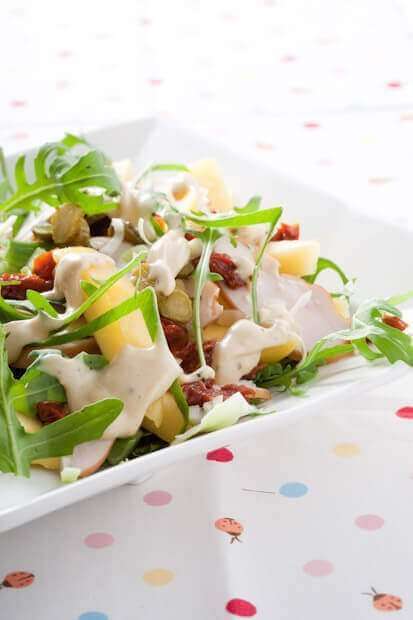