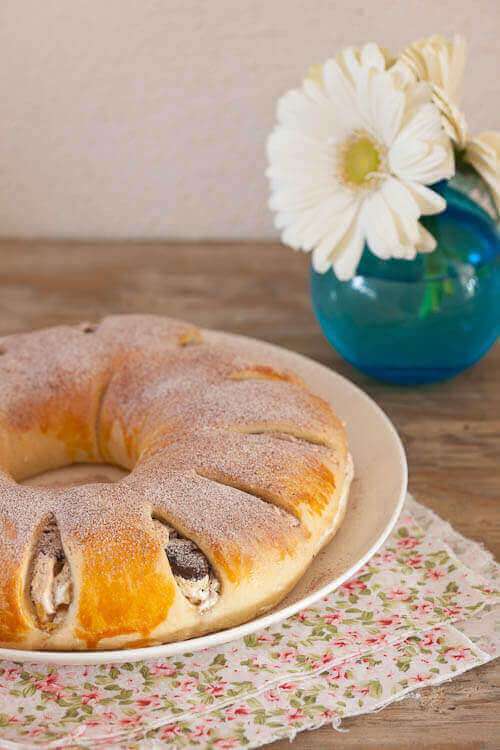 Yeah!! I did it! I finshed a Daring Baker challenge ahead of time!It’s been far too long since I last finished a Daring Baker challenge and when I found out that my dear friend from Life’s a Feast, Jamie was co-hosting this event together with Ria from Ria’s Collection, I just knew I had to get of my lazy behind and start baking! And since I know myself I figured it wouldn’t hurt to finish it early so with still two weeks left before the reveal date I think that is a first for me.. 🙂

The March 2011 Daring Baker’s Challenge was hosted by Ria of Ria’s Collection and Jamie of Life’s a Feast. Ria and Jamie challenged The Daring Bakers to bake a yeasted Meringue Coffee Cake.

As soon as I read that this recipe originates from an old handwritten recipe in the collection of Jamie’s dad I was intrigued. It’s a shame I never had any parents or grandparents that were particularly font of cooking as I would have loved to find old recipes like that. I had definitely never made a yeasted cake before and so this weekend, when I had spare time on my hands, it was time to tackle this recipe.

The recipe itself was pretty straightforward; I didn’t run into any issues, apart from the fact that I forgot the cinnamonsugar in the first cake… I was so occupied with making sure I would be able to roll it correctly that I forgot the sugar. I didn’t miss it though, so all good. I made the first cake pretty much exactly the same as per Jamie’s recipe. The second one was similar but I added banana in there. Which I actually thought was a great addition as it made it slightly more moist and well, who doesn’t like banana? (Tom doesn’t, so I am sure he is not happy that I ruined the second cake for him!) 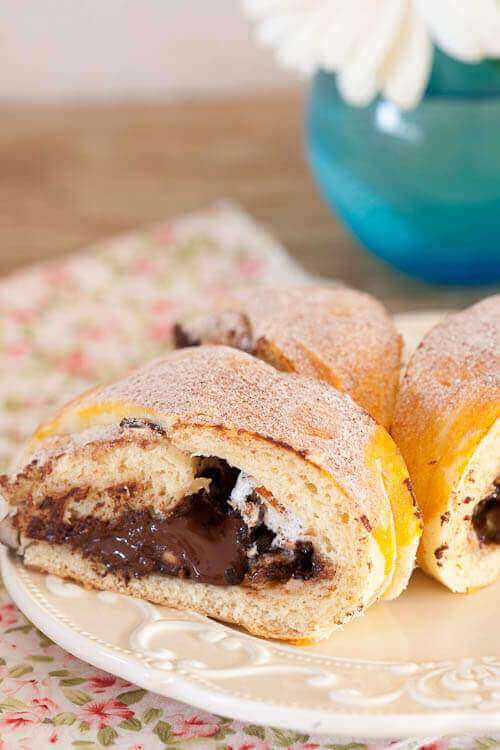 While assembling the cake I was a little afraid that the fact that it overflowed a little bit around the seams would potentially cause problems but it didn’t so the end result was all beautiful and delicious as it was supposed to be. I totally loved the cake and I am sure it will go down really well with Tom’s friends who are coming over tonight. Nothing beats 4 hungry guys when it comes to finishing any sweets you made… 🙂 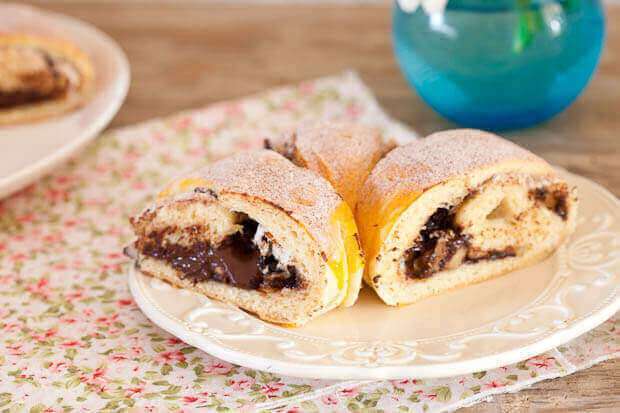 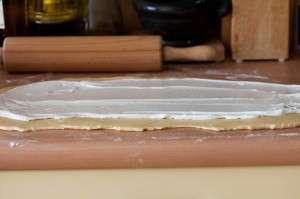 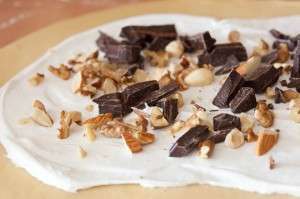 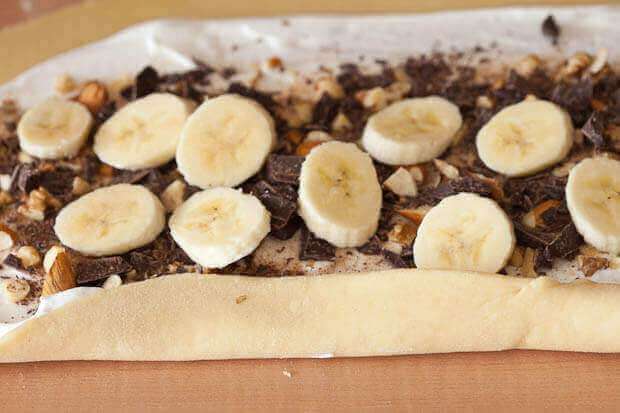 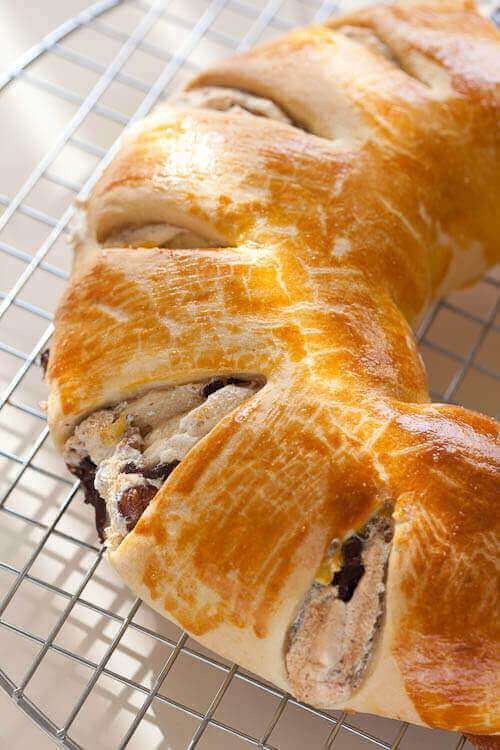 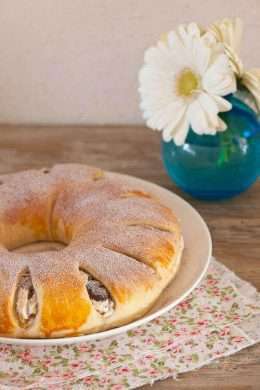 FOR THE YEAST COFFEE CAKE DOUGH