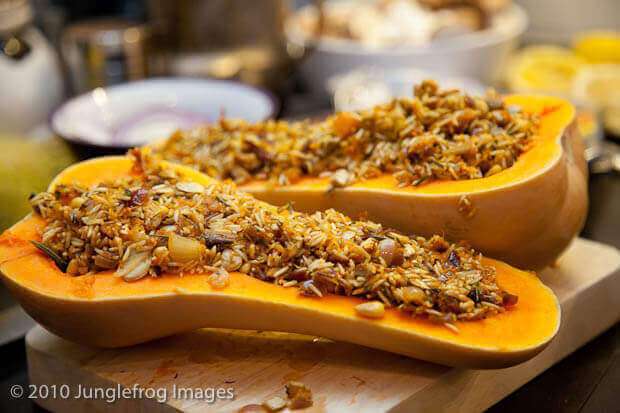 Remember when Charlotte and I went on a pasta making adventure a while ago? Since we liked cooking together so much we had decided to repeat the process and so we set a date for another cooking party. A friend of Charlotte tagged along so our little group of two (is that even a group? Two people? 🙂 ) has grown to three. It was actually funny as her friend, Winfried, turned out to be the son of very good friends of my parents. Winfried and my eldest sister Yvonne are born one day apart and I believe that is how the two mums met. It’s not that we grew up together but we knew eachother some. And when I lived in Hilversum, 25 years ago or so, I ran into Winfried at that time and we ended up going to the sauna one day. (just as friends, in case you were wondering..) And now we met again through Charlotte! What are the coincidences! In any case Winfried likes to cook too so we met up at Charlotte’s place (which is sort of in the middle of where we all live) and started thinking about what to make for dinner.

We quickly decided on a fairly simple but delicious starter (baked pear with prosciutto and blue cheese), Pumpkin Hamilton from Jamie Oliver’s book Happy days with the naked chef and for dessert we were gonna make a pannacotta. So of we went to the stores to get the ingredients we needed. Now I have to tell you a little secret about the tools in Charlotte’s kitchen; they were just horrible. She had a knife that was so blunt you could not even cut a juicy pear with it without making a total mess and crushing the pear in the process.. 🙂 So to solve that problem I made sure we had at least one sharp knife and a normal sized chopping board (I hate mini sized ones! What is the point of those other then serving something tiny??) 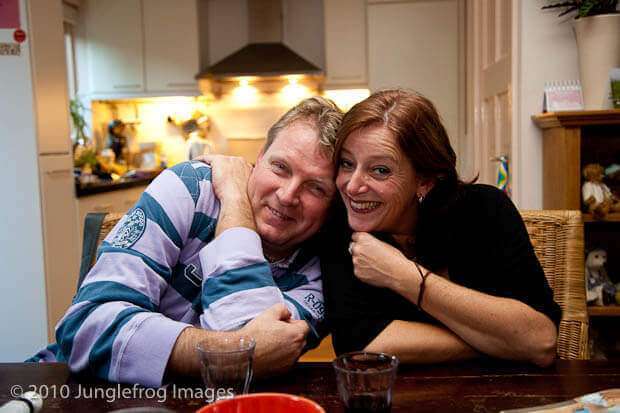 Anyway, the cooking part of it was fairly simple but nonetheless also quite delicious and we had good fun in the process. The pumpkin was good although I did not particularly like the pumpkin seeds. We had to add those into the filling for the pumpkin but I found they were too hard really, so either roast them upfront for next time or leave them out alltogether. If you would like to give this a try yourself then here is the recipe! 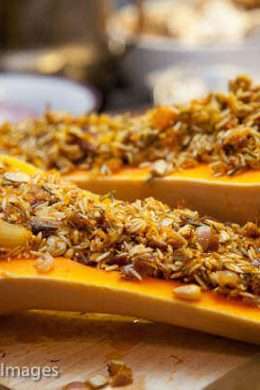 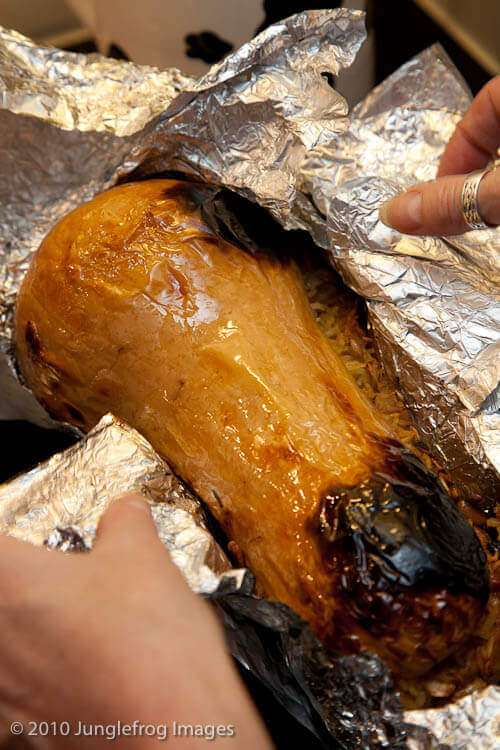 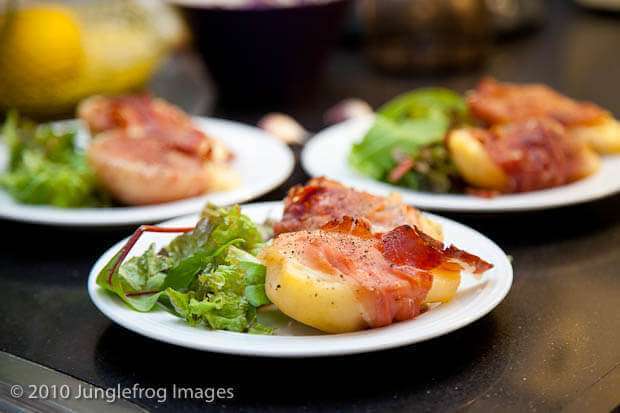