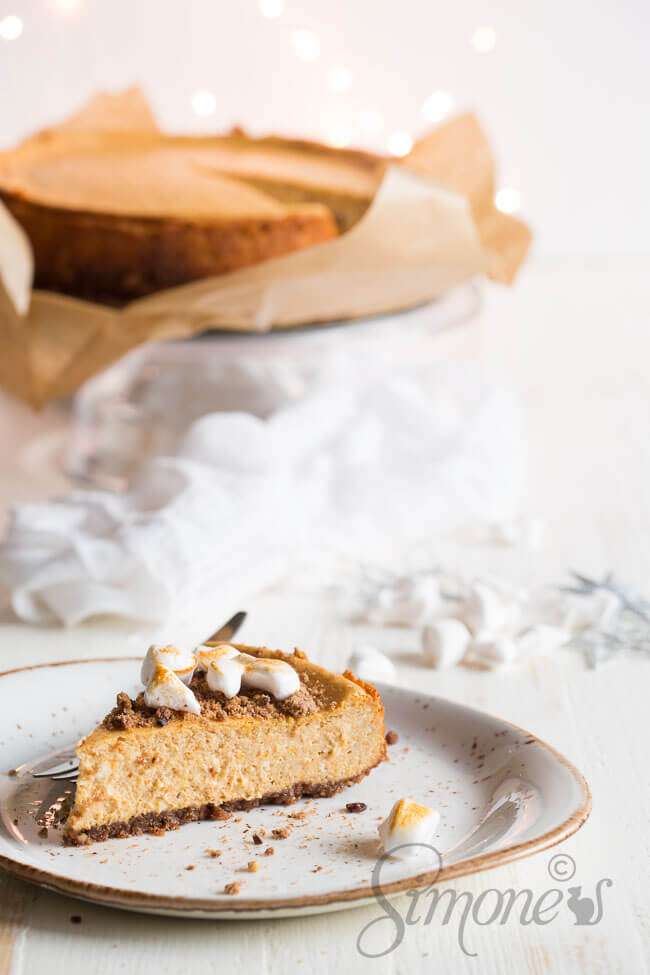 I was writing a blogpost for tomorrow featuring the ten best restaurants in Curacao (well of the ones we visited of course, so up for debate) and in one of the restaurants, Kome, we had thé best cheesecake ever. A pumpkin cheesecake… with burned marsh mallows… And once back home I decided I just needed to recreate that recipe now that the flavors where still lingering in my mind. So I did… And I made it in november and than forgot about it! 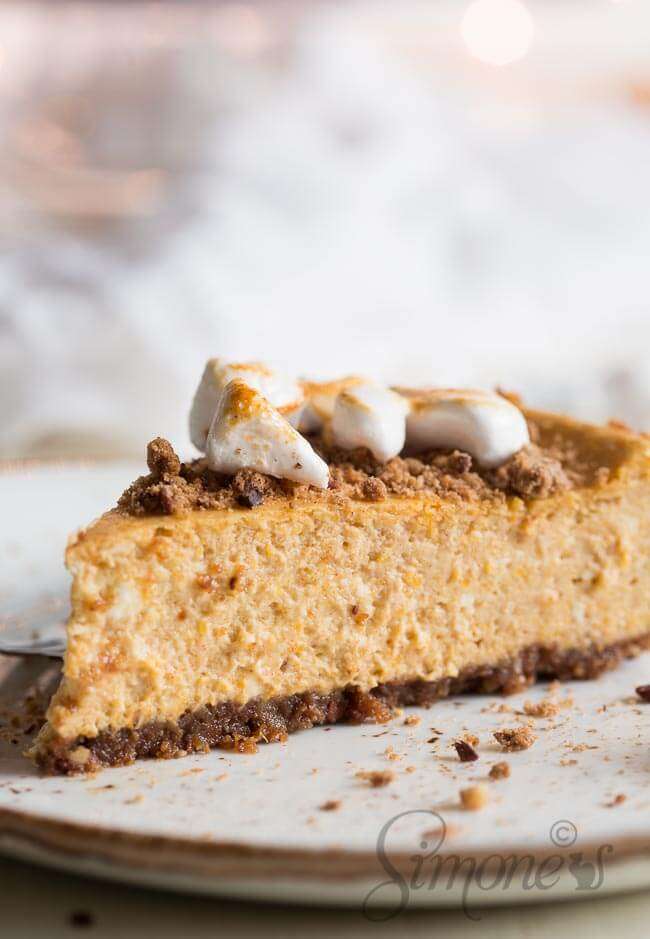 Until I wrote the before mentioned post, mentioned that insanely good pumpkin cheesecake, wanted to link to it..only to realise it was not there! O horror…. I mean.. I post salads for crying out loud and I forget the best pumpkin cheesecake you’ll ever eat?? That is just not very nice of me… So here I am correcting the error. And forgive the slightly christmassy pictures as it was obviously meant to shine during the december month. And yes, I could have waited till next christmas, but that would mean letting you wait an insane amount of time before you could make this recipe. 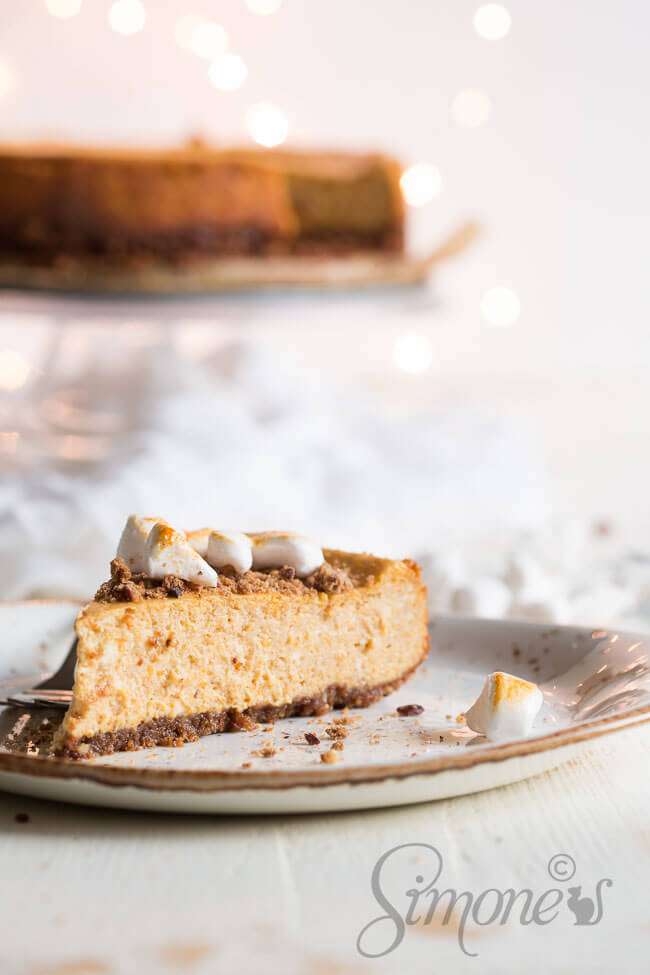 Just ain’t gonna happen… Because trust me when I say you want to make this one. A friend who was here, brought half of this back home and her daughter commented that it was ‘even better than the one from Starbucks’ Now I can argue if that is a compliment or not but for a teenage girl, I am assuming it is a huge compliment… 🙂 You’ve been warned!

Take into account that this recipe needs time to set. Preparation time is one hour but you will need a few hours more to have it set and cool properly. Just so you know
Prep Time: 15 mins
Cook Time: 45 mins

« Previous PostSweets for your sweet: Valentine’s bundt cake
Next Post » Travel: Ten restaurants in Curacao you want to visit