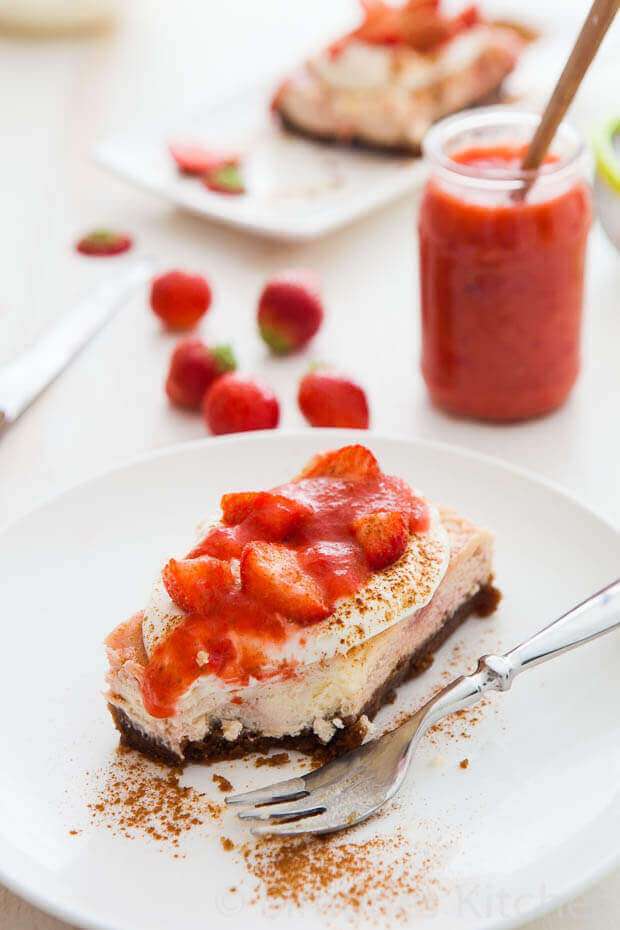 When I was growing up we virtually lived on cheesecake or as we call them here kwarktaart. Now the cheesecake that is commonly known throughout the world is very different from a regular kwarktaart as it is a non-baking version and should probably be called quark-cake rather then cheesecake as that is really what it is. It’s much lighter then your average cheesecake as it doesn’t have cream cheese in it. It does have a lot more sugar in it, so that might seriously counter balance the fat in the cream cheese though.

Why did we make all those cakes you wonder? Well for one, both my mum and dad have a real sweet tooth. I guess I kind of inherited that along with the savory version of that tooth.. 😉 So they always liked to have a cake around during weekends, and birthdays or family gatherings. You see my mum comes from a family of 6 kids and my dad comes from a family of 9 kids. So all my aunts and uncles combined that made already 30 people. Add all the nieces and nephews in and you’ll get to a lot of family, a lot of birthdays and a lot of parties to attend to. Which I completely hated by the way. 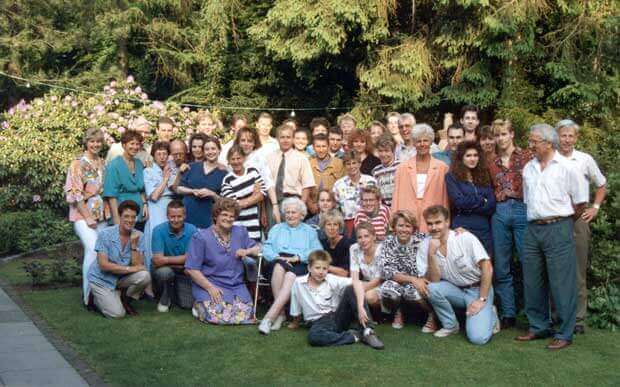 Not that we had any say in the matter. We were just dragged along and Yvonne , my eldest sister, and me were usually the oldest kids around with the one exception of the most horrible nephew we had. He was the only one of our age and he was just plain stupid. That never changed over the years, probably also because he was the son of my least favorite aunt and uncle. I’ve never truly liked having so many family members. Sure there were a couple of nice nieces and nephews and once they got older it was ok to hang out with them at birthdays but I hated (and still do) the fact that we HAD to go to all those birthdays.

In a circle at family birthdays!

Can you still remember those family gatherings where every one was crammed together in a tight living room, sitting in a circle? The adults would talk about stuff kids didn’t find interesting and certainly were not supposed to hear, so we were usually whisked away to some sort of backroom where they had games we could/had to play. And believe me when I say they were never the good ones… I never liked boardgames anyway so that didn’t help either. The one thing that stood out for me that all those birthdays were just plain booooorrrriiinnggg! 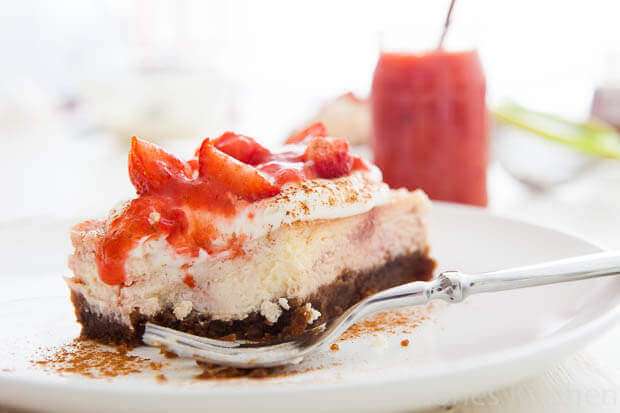 At least when we were having a birthday in our home I got the fun of making a quark cake. Since my mum hated baking and my dad never baked much more then the occassional egg or pancake it was pretty soon that I was asked to make them. Not that it involved a lot of work as – at the time – all we did was make those cakes with a prebought mix. The only thing you did was buy the quark, put it in a bowl, add the powder package that was in the box which contained loads of color and a strawberry flavor, mix the two together and you had you cake. Line a baking tin with cookies of some sort, dump the mix in there and put it in the fridge for 4 hrs and voila, you had a quark cake. Not knowing any better I really did like it at the time, and it was always that or an apple pie (and even back then I rocked in making apple pies!) 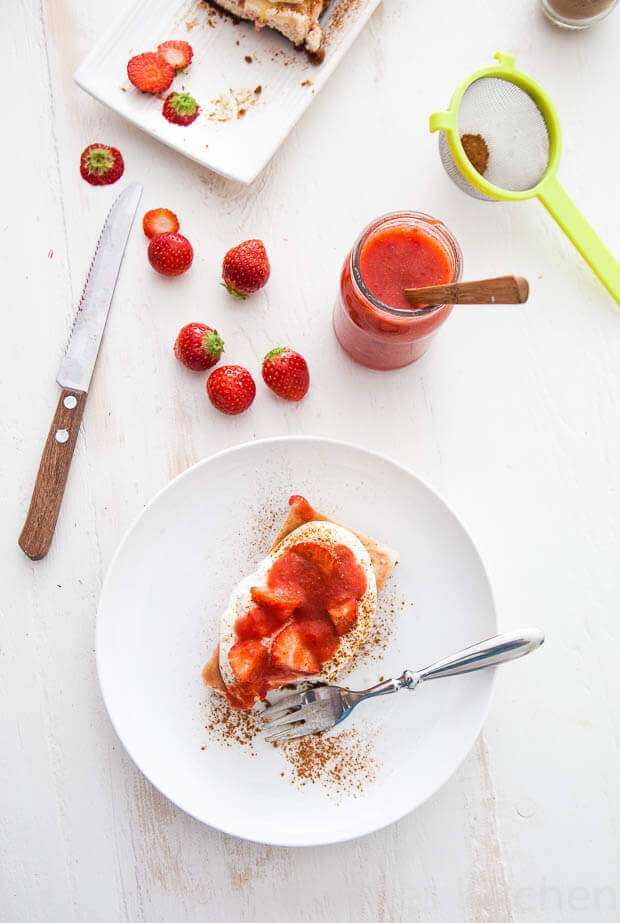 The first time I ate a real cheesecake I did not like it one bit. It was sour in a wrong way and just tasted weird. It was probably not a very good one either but I really had to restrain myself not to open my mouth and let the bite I took drop out again (I love it when little kids do that but it somehow is a bit frowned upon when you’re older… lol) So from that moment on I didn’t think I liked cheesecake and therefore never ordered it again.

Until – way back in 2009 – we had the Daring Bakers challenge. It was my first challenge and I had to bake a cheesecake… And even though I didn’t expect it to be good it was delicious! So that converted me into actually liking cheesecake but as happens to a lot of the dishes I tried, I never baked it again. Not because it wasn’t good but simply because there are so much other things to try!

But trust me when I say that this cheesecake (original recipe from the book Hummingbird Bakery) is definitely worth making again and again! Soooo good! 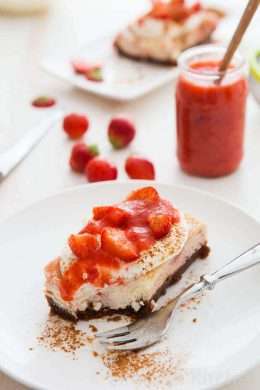