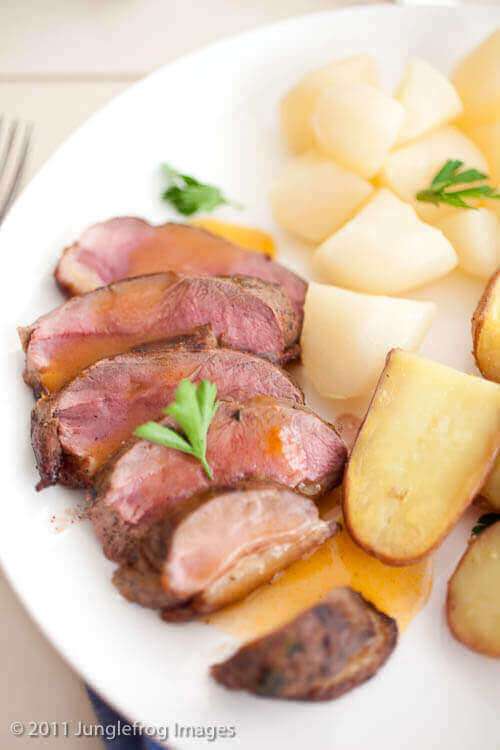 Due to all sorts of different circumstances it was so much longer then we planned before our second black box experiment took place. Number one was Tom’s turn to make something, but now it was my turn! I got to open the Black Box on thursday, one day earlier because of the Queensday celebrations and the fact that not all stores would be open on saturday. So it made more sense to check the contents a day earlier. For those that do not know; the black box is all about cooking with surprise ingredients. Tom and I take turns; I either pick ingredients for him or he picks them for me. We don’t know upfront what will be in the box and we get to hear about the contents a day before we’re expected to make a menu out of it. We’re allowed to buy additional ingredients at this point but we might chance the rules in the future!

So what was in the box? 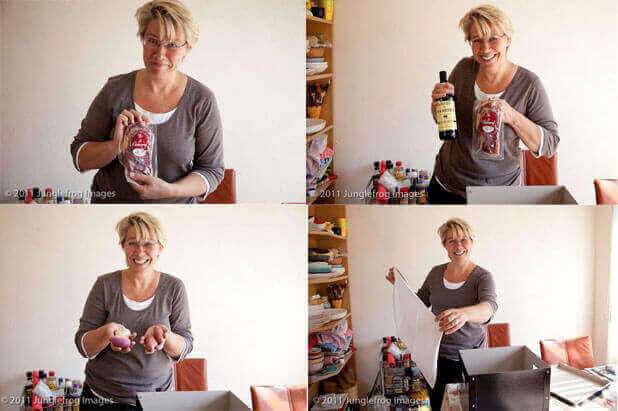 First of all there was a duck breast fillet, turnips, roseval potatoes, a bottle of Madeira and to top it of there was this white cloth… 🙂 Hmm, what’s with the cloth? Well apparently that is for passing liquids and clarifying them where needed. The contents did not shock me (thankfully) but there were two ingredients I had never used before; one being the duck breast and the other being the turnips. O well and the Madeira but that was pretty straight forward. For some reason I had never really thought about duck breast other then the Peking duck you can get at the Chinese restaurants here and which tend to be… less then perfect. I didn’t really think I would like duck… Don’t know why exactly but it’s just one of those ingredients where you have a certain idea without really knowing if it is true. And boy, did I turn out to be wrong when it comes to duck breast!! I absolutely and totally loved it! But I’m getting ahead of myself.

It didn’t take me too long to figure out what to make. I wanted to roast the duck breast and marinate it in some spices and herbs. (I used a mix of thyme, mandarin zest and ginger) Having never tasted turnips I had to do quite some searching on the internet and then decided I wanted to glaze those after having cooked them for a bit. The roseval potatoes would be grilled in the oven and with the madeira I was gonna make a sauce to serve with the duck.

But what to do with that strainer? I was gonna use vegetable stock for the sauce but that didn’t require straining. So in the end I decided I was gonna be using it for straining rhubarb.

Rhubarb?? I hear you think… Well yes… maybe not the most logical choice and on hindsight also not the best but hey, it kind of worked! My idea was to make a pannacotta (my all time favorite dessert) and make a little layer on top of clarified rhubarb. I had already made the pannacotta in the morning so it could stiffen a bit before adding the second layer.

Not so appetizing to look at!

I made fresh rhubarb compote, took half of that and put it in the blender to make it as fine as possible. I then put that odd colored mixture and put it in the strainer. Ofcourse thinking back it might actually have worked better if I hadn’t put it through the blender and overall the mixture was still a bit too thick to pass through a strainer so it took forever to form some sort of reasonable amount of liquid but I ended up having enough for my pannacottas.

And yes I will share the pannacotta recipe including the recipe for the rhubarb compote with you later.

The madeira sauce was delicious with the duck and the duck itself.. Wow… I couldn’t believe it was so tasty. It had the perfect pink color and the skin was nice and crispy. If you want to give duck a go… I would urge you to do that. It is so much better then what they serve at the downtown Chinese restaurant!! 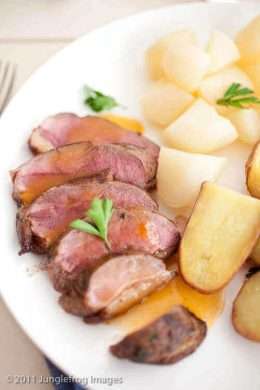 Roasting the duck breast on it's fatty skin gives it a lovely crispness and the madeira sauce is perfect for the duck!
Cook Time: 20 mins
Total Time: 35 mins
Servings: 2 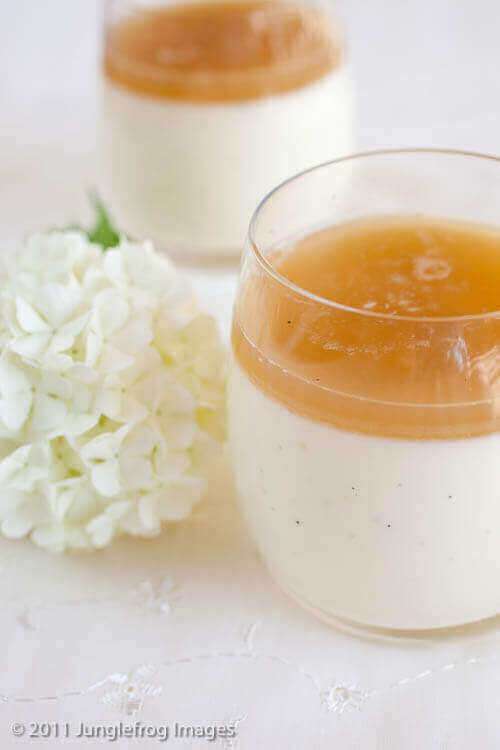