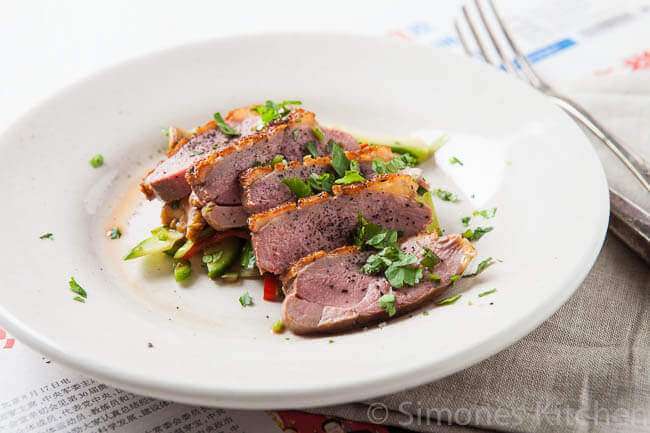 It was time again for our third challenge where Peter and Mary would be giving us a ‘Masterchef Australia‘ challenge to deal with. Our first one was a lot of fun, the second challenge was more of themed one (Vietnamese) and for this challenge we got both a mystery box AND a pressure test. Part of our pressure test was this delicious tea smoked duck. Gotta excuse me a bit for the rushed images but I had to run upstairs to shoot the duck and run back down to join the dinner again, so it was a ‘put down, shoot and go back to eat’ kind of picture. 🙂 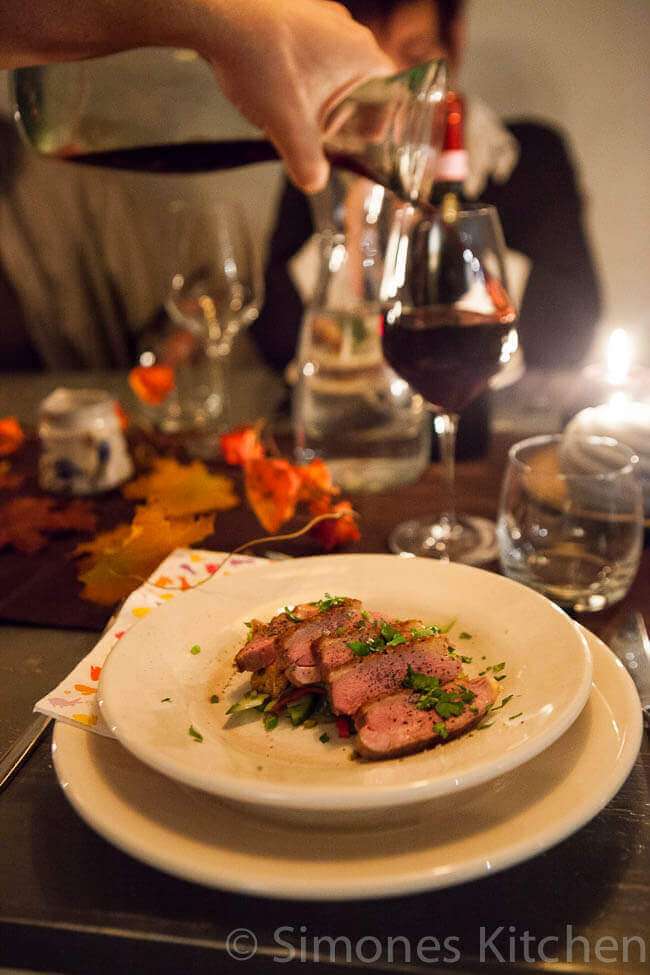 The first pressure test recipe was this tea smoked duck and as luck would have it, we had smoked a duck the evening before for the first time at the cooking club, so that was a lucky coincidence and gave us a bit more confidence in making it this time. The recipe is originally from one of the masterchef contestants named Amina. She unfortunately is out of the competition (here in the Netherlands we’re now in the finals week of that particular series..) but she had some fantastic dishes and this is one of them. It involves quite a few steps in the preparation of the dish including infusing olive oil with tea. That takes about 45 minutes and I’ve got to say that the flavor disappointed somewhat (of the oliveoil, not of the final dish!) but it could be the kind of tea or the kind of olive oil we used. It was definitely and interesting dish to make and it was soooo much better then we had thought it would be! 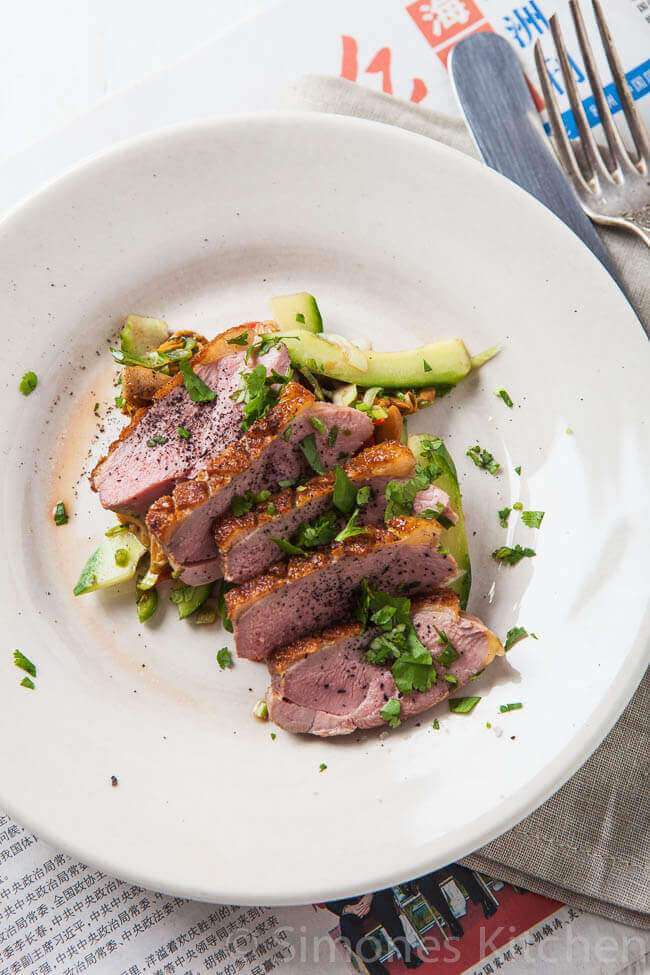 It’s funny how you can taste the separate components of a dish but then once you combine the two it all comes together. LOVED this dish. Don’t be put of by the number of ingredients used. It’s not as hard as you would maybe think. Just go step by step and you’ll be fine. ofcourse this would be a brilliant Christmas starter (getting into Christmas mode already!)

For our mystery box we had a pork belly which was absolutely brilliant too but I might share that later. I think I’m gonna be making that again soon, it was soooo good. The dessert was Eaton Mess, so that’s a no brainer really… 🙂 All in all we had great fun and can’t wait for the next one! 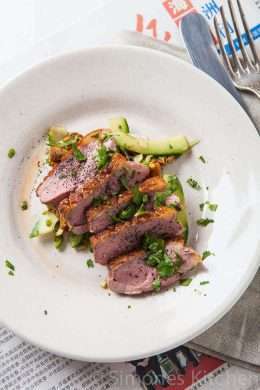