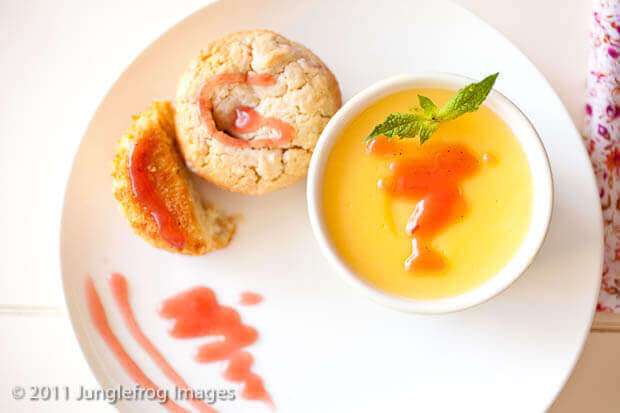 Did you know that the task of filling the black box with meaningful contents is actually underrated? It’s almost as difficult, if not more difficult, to decide what to put in as it is to make something out of it! For those who do not know… the Black Box is some kind of mystery box that Tom and I are using to challenge each other in cooking. We take turns; one month Tom fills the box and I get to cook or the other way around. We can pick up to 5 ingredients and adding more ingredients is allowed (for now…) This is our third session and you can read about the first one here and the second one here..

So this time it as my turn to fill the box with yummy goods and I struggled. I struggled a lot! At first I wanted to add quail in but then the Paperchef challenge for this week is also quail so that fell of the list. I went back and forth; added chestnut paste (tinned variety), then tamarind paste but took them all out again and what we ended up was the following list of ingredients: 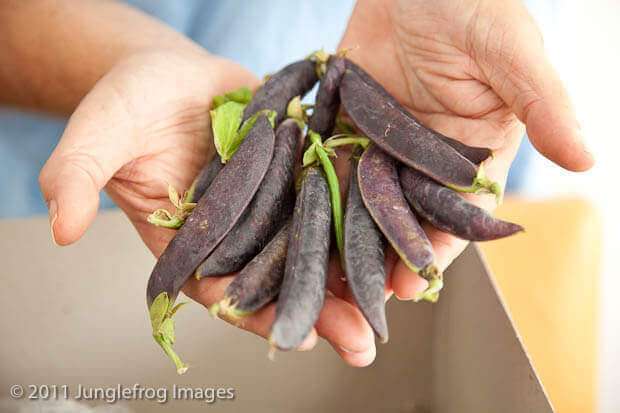 I thought it was a fairly simple challenge..lol… 🙂 but ofcourse when you buy the ingredients you have an idea on what you could make with it.. So what did he make? I’ve first got to tell you that he made a dessert… I think that must have been the first time ever that he actually baked something sweet… For a guy who doesn’t particularly like desserts that was a big thing… Which is why that is the first photo here… It’s nicely plated too don’t you think?

With the marrow fat peas (which I think is a really weird name as these are called capucijners in Dutch… which would literally translated be something like capucin…) he made a starter and prepared the peas in three different ways. He cooked them in the regular way and served those with little crispy bacon bits, the second version was braised slowly in honey and served with parmaham, then the third was pureed with tomatoes, peppers, creme fraiche and some other ingredients and served with tomato bruschetta’s. 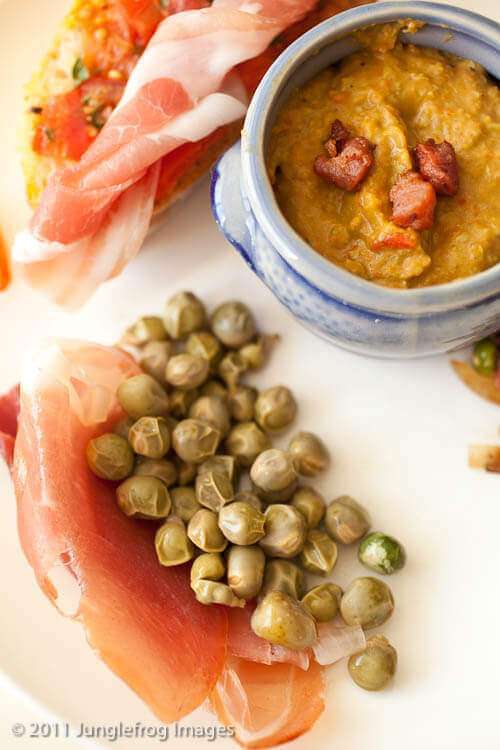 As a main we had the rack of Livar which was first quickly baked with a crust of parmezan and breadcrumbs to give it a cruncy, salty exterior and then finished in the oven. When I bought the rack it was vacuumsealed and that always makes it looks smaller then it actually is, so it was way to big for me to finish but it was very tasty. 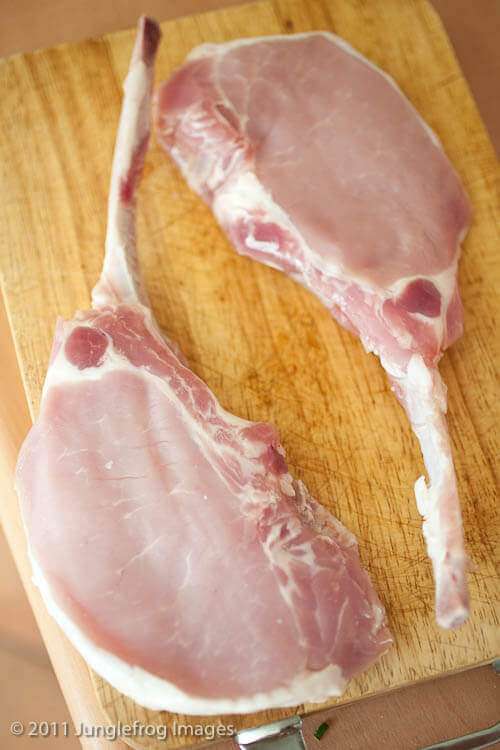 He wanted to serve this with a simple pasta with just garlic and roasted tomatoes and while a good idea, the pasta was a tiny bit too dry.

Then on to dessert which were the almond gooseberry tarts with a homemade custard and a gooseberry sauce with akvavit. All in all quite an impressive dinner and very tasty too… 🙂 I will now share with you the recipe for the almonds cakes! 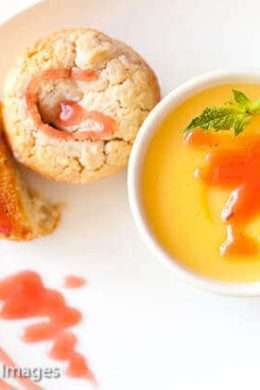 Rather heavy but delicious dessert 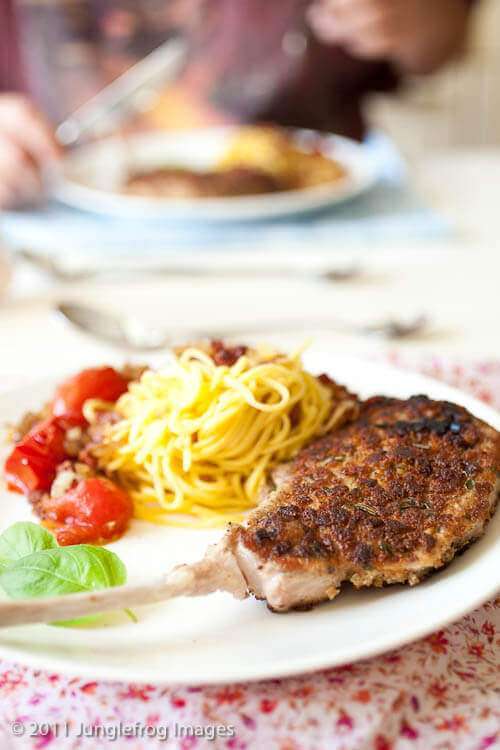 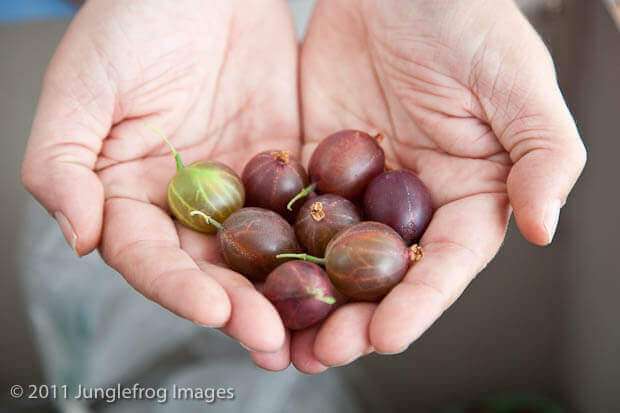 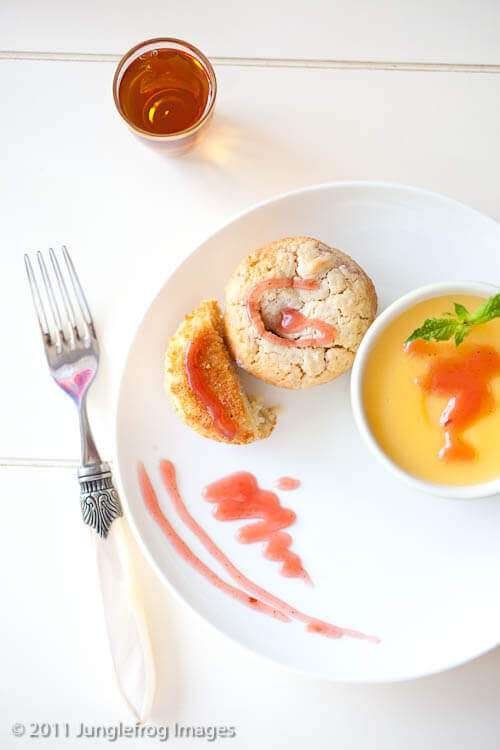