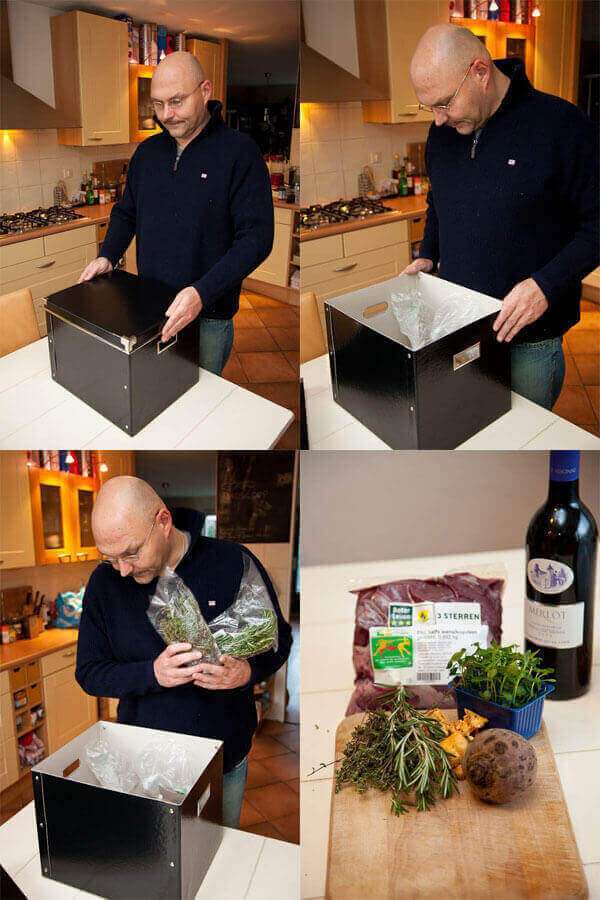 The first round of the black box has officially been cooked by chef Tom… 🙂 On friday around 6 pm the box was opened. I had to drive to Amsterdam on the friday afternoon to get some of the ingredients I wanted, put them in the box and Tom got to open it… We possibly had as much fun with the whole “official” part as we had with eating the final results..lol… Ok,so the ingredients I picked were :

vealcheeks, beets (raw), chanterelle mushrooms and in addition I bought some fresh herbs (oregano and thyme), a bottle of wine and tahoon cress, purely for decoration (although a very tasty cress too! It takes slightly like nuts..) So the ingredients that were most important were the vealcheeks, beets and the chanterelle mushrooms. I had never made anything with veal cheeks myself so choosing it was based on what I had heard about it and it was supposedly very tasty and tender meat. What it didn’t tell you is that it is also hard to clean.. 🙂 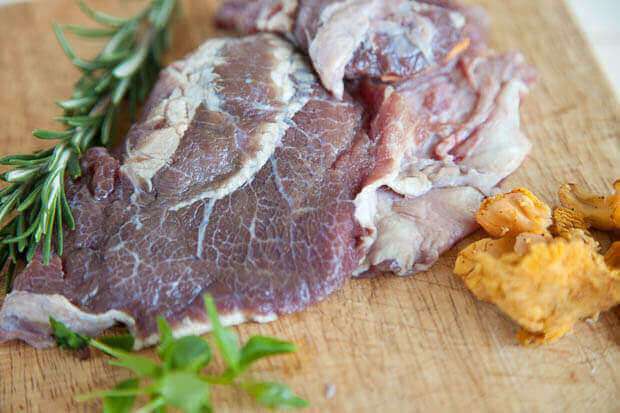 You can probably tell by the photo above that there is quite some parts that need to be cleaned before you can actually eat it. Tom cleaned it first, then marinated the veal for about 2 hours in red wine. Then the meat was cut into chunks and further prepared in a Dutch oven, again in the same red wine. I’ll give you the total recipe for the veal below. In addition to the veal he wanted to roast the beets in the oven with olive oil, balsamico , salt and pepper but timing wise the beets took a lot longer then he had anticipated. The recipe he saw on the internet said that it would take 20 minutes to roast beets and it took a lot longer then that!

The chanterelle mushrooms were combined with sweet potatoes and baked. (he first cut the potatoes in small squares, baked them golden brown and then added the chanterelles.

So how did I like the dish? Well the meat was delicious, very tender and soft and very tasty. For some reason it had a slightly sour aftertaste which was not unpleasant but that could have been better. We’re not entirely sure where it came from either, but I am thinking maybe the result of the wine? Anyone an idea on how that could happen? He cooked the meat for about 2 hours in red wine but because one bottle was not enough he used three different wines… Could that have been the issue? I think they were all merlots.

The combination of the sweet potatoes with the chanterelle mushrooms was quite good too. Better then I would have thought. And the beets…. well, we never ate them as by the time the other items on the menu were done, the beets were still rockhard (40 minutes in the oven at that time) so we did taste one but obviously a beet that is not done is not very tasty. We normally cannot buy raw beets here very easily. The ones you find in the supermarket are always already cooked. So we have one beet leftover, which I will try and prepare better. See how it tastes!

I do have to warn you that the photo of the final dish looks terrible. Since the meat is close to black, as well as the beets (due to the balsamic used) and the potatoes and chanterelle also brown it was certainly not the most photogenic of dishes, but then that was not the purpose of this excercise. Tom bought a very tasty wine to go with the stew with the funny title of Misterio… 🙂 He thought it very fitting for our first Black Box experiment..! 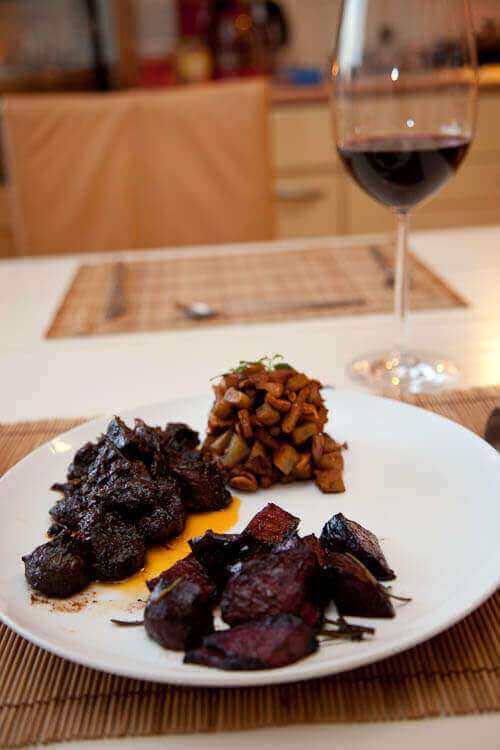 All in all a good result for our first experiment… Not everything was succesfull but the aim was to start thinking more creatively about ingredients and to use things we wouldn’t normally buy ourselves and I think in that respect it was certainly 100%! Our next black box (round #2 is planned on April 3rd…Yours truly will then be the chef of the day and Tom will be buying the ingredients!! Can’t wait!! 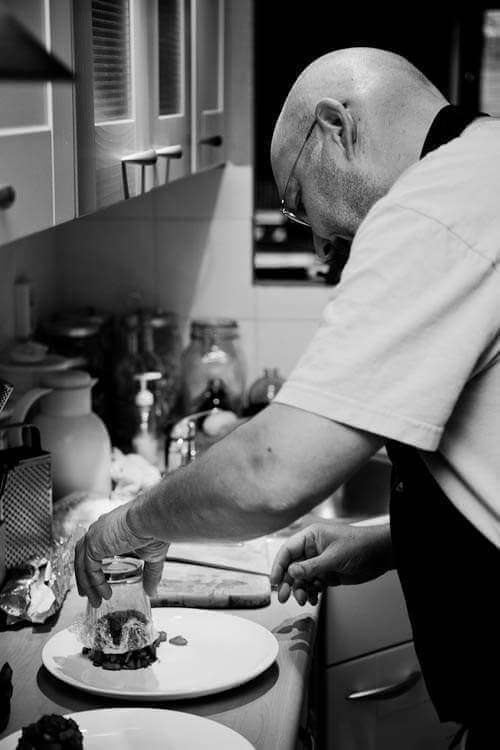 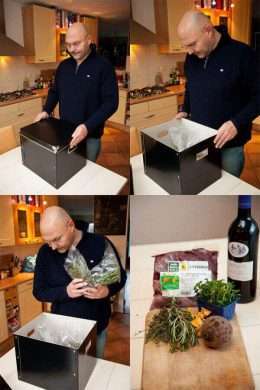 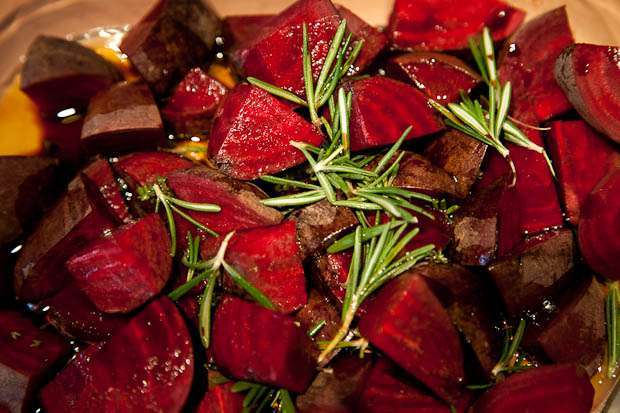 17 comments on “Veal cheeks; black box the results round #1”