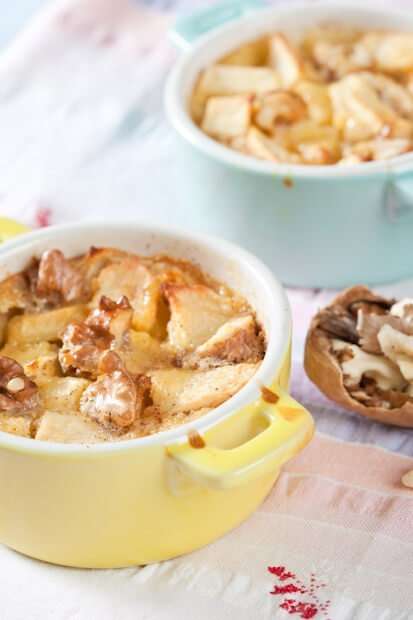 Before I started blogging I had never heard of clafoutis, let alone tasted one. But I kept seeing gorgeous examples of this incredibly versatile and yet so easy dish around the internet quite often until I decided it was time to try it for myself. The first clafoutis I made was of the traditional kind. I have read that “historically” clafoutis are made with cherries, so that is what I did for making my first clafoutis. And it was delicious but I thought at the time that it could be better. I think in all likelyhood that it was the cherries that were to blame here as they were not as sweet as I like my cherries to be.

So when I read about the Monthly Mingle subject for this month being “Brunch” I figured I would make another clafoutis. What better dish to serve at a brunch then a lovely clafoutis which can be eaten warm or cold? Perfect!

Given that it is apple season I wanted to make an apple version and thought that walnuts would go well as well as cinnamon. Basically apple pie flavors but without the apple pie… 🙂 And delicious it was! I mean; the cherry clafoutis was nice, but this one was ten times better in terms of taste!! Now I truly love apple and cinnamon together. The smell alone of cinnamon makes me truly happy. It brings back childhood memories of mum baking apple pie (the only thing she ever baked apart from cake I think..lol 🙂 ) and autumn in general. We always went to an orchard that I believe was owned by the company my dad worked for and each autumn we would receive loads of apples, so naturally they had to be put into something or eaten as is. So apple pie it was… 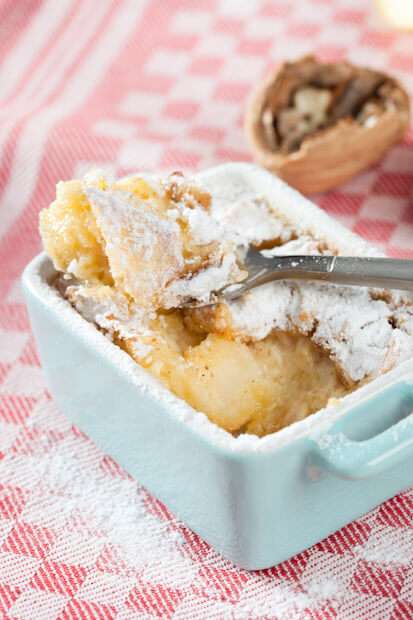 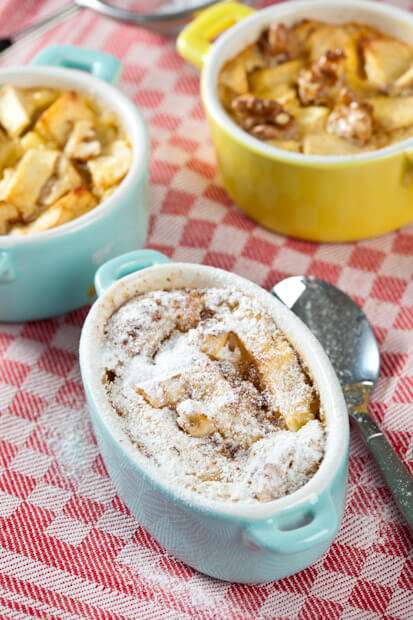