Roasted carrots salad with goat cheese and a balsamic vinegar

I can’t believe we are looking at July already.. Where did the time go? Is it me or does time seem to move faster the older we get? When I was young (ooo, so long ago) and still in school I remember that time used to drag on forever from one schoolyear to the next. You would sit in a classroom staring out the window and daydreaming about better days while your teacher was busy reciting math formulaes or something similar. I would daydream about anything other then school (because… would there be anyone who daydreams about school??) I hated school. I really did. Strict rules and strict times don’t really work very well with me. Ofcourse I managed to adapt to working from 9 to 5 during the times that I had a regular job, but I’ve always hated it. I also didn’t like school because I was painfully shy at the time. I started blushing as soon as I had the misfortune to have to read something aloud or answer a question in class. I was tall for my age; I think I was about the same height I am today when I was 12 years old. And because I had grown so fast I was tall and skinny. (if only I would be tall and skinny now! lol) Not a good thing! On top of that I had glasses which were thick and unattractive so I was shy. 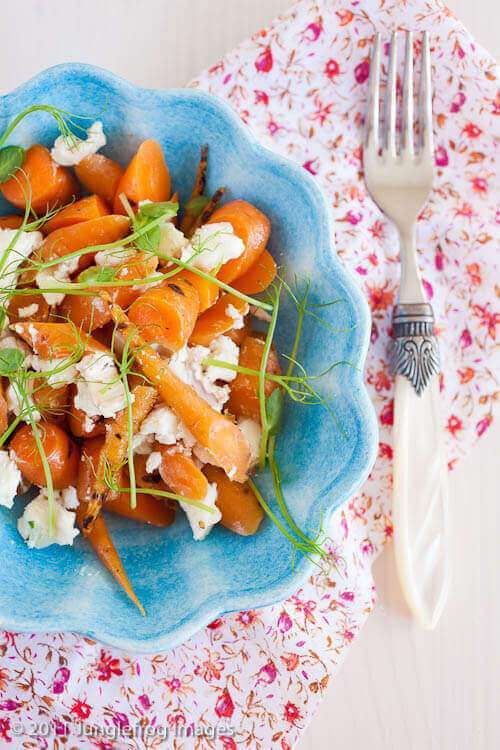 So school for me was not a nice place to hang out and I couldn’t wait to get my diploma and to start working. It always surprises me when I hear people talking about their schoolyears with fond memories. O well, I am in no way traumatized by my school experience so I guess that’s a plus…. But I got here while talking about time moving so fast these days. We’re halfway down in 2011. Another futuristic number really… When I was in school the years 2011 sounded like a number out of a science fiction book. Hell, even 1984 WAS a science fiction book! No one had a cellphone or even a computer. Administration was done with cards and people went to meet one another instead of chatting over skype or facebook. The world has changed beyond belief in all those years and I like the fact that I’ve been part of most of it. Part of witnessing the first cd, going from videotapes to dvd, the invention of computers, mobile phones, blueray and the list goes on and on. Funny too when you talk with someone half your age and they think I’m from the middle ages when you say that you witnessed the arrival of the first mobile phones..lol. 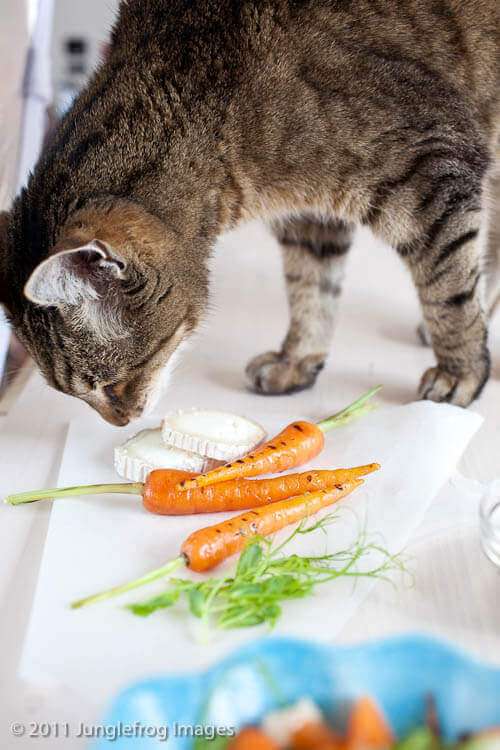 Not all inventions have been good and I am sure that there are people that think that facebook and twitter are the evil twins of tomorrow, but after my initial hesitation I love social media. It keeps me in touch with my friends around the world in ways that would have been impossible in the eighties. Let’s say you would manage to read something in a magazine about a workshop in Germany called Plate to Page (which would never have been organized as there were no blogs or computers!). I wouldn’t have been a foodblogger (cause that didn’t exist in those days) and I wouldn’t have known all my friends around the world who are also foodbloggers, so I would have never signed up. And even if I had – for some reason decided to go – it would have been impossible to keep in touch with all those new friends once you got home. A letter took forever to arrive, but twitter and facebook are instant. You can share so much that you wouldn’t have shared otherwise. God, life would be so boring without all that.. 🙂 I wouldn’t have been able to share this delicious recipe featuring baby carrots and melty goatcheese with you either. And trust me, you don’t want to miss this as it is delicious! Simple, tasty and fairly quick to put together. 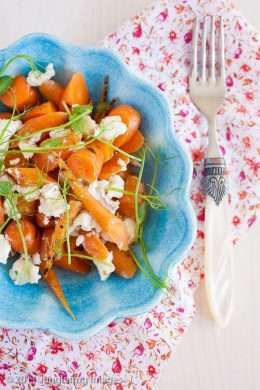 This dish would be good as a sidedish but it's also perfect for a light lunch or dinner.
Prep Time: 5 mins
Cook Time: 10 mins
Total Time: 15 mins
Servings: 1 -2 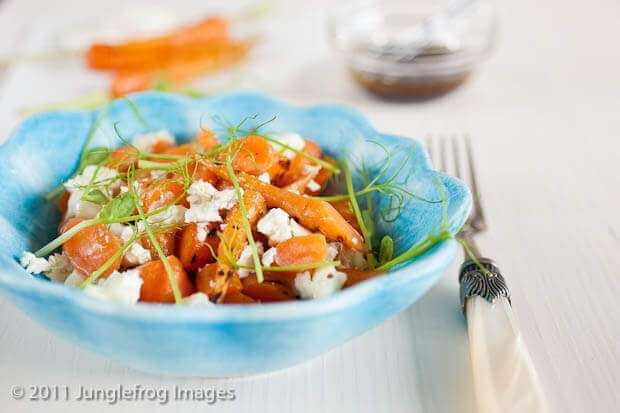