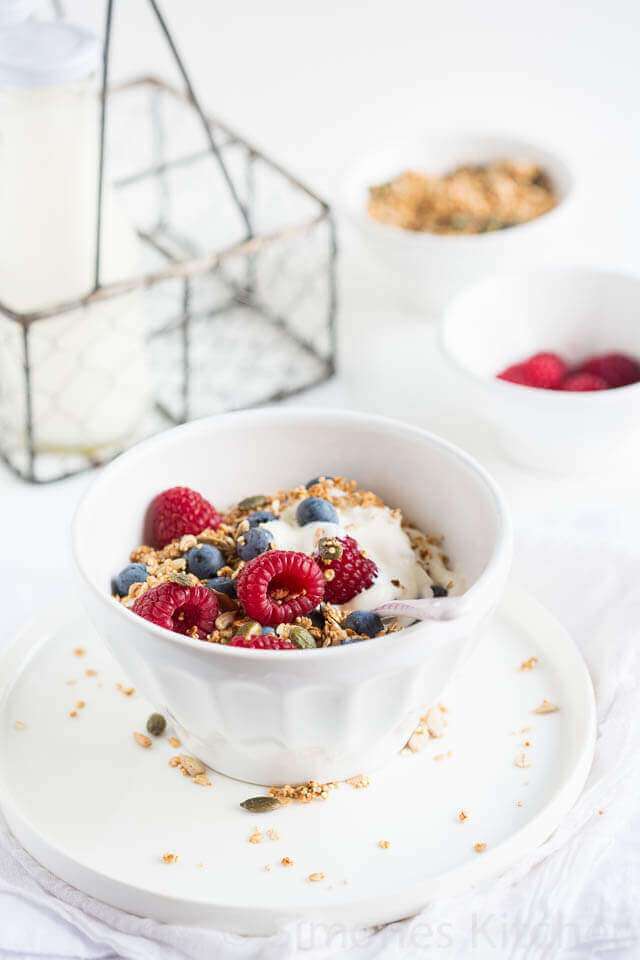 I admit I can sometimes be extremely slow… Trends and other hip stuff sometimes pass me by completely until I suddenly wonder why everyone is talking about quinoa (to name just one example) I’ve been eating quinoa (seriously) long before it ever became hip and trendy. I found it in a dodgy little store and curious as I am, I got myself a bag, liked it and it never left the kitchen so to speak. In those days you had to really search hard to find quinoa. These days it is either out of stock or outrageously expensive, but you can find it literally everywhere. I guess in my own very special way, I have been a trendsetter… Lol 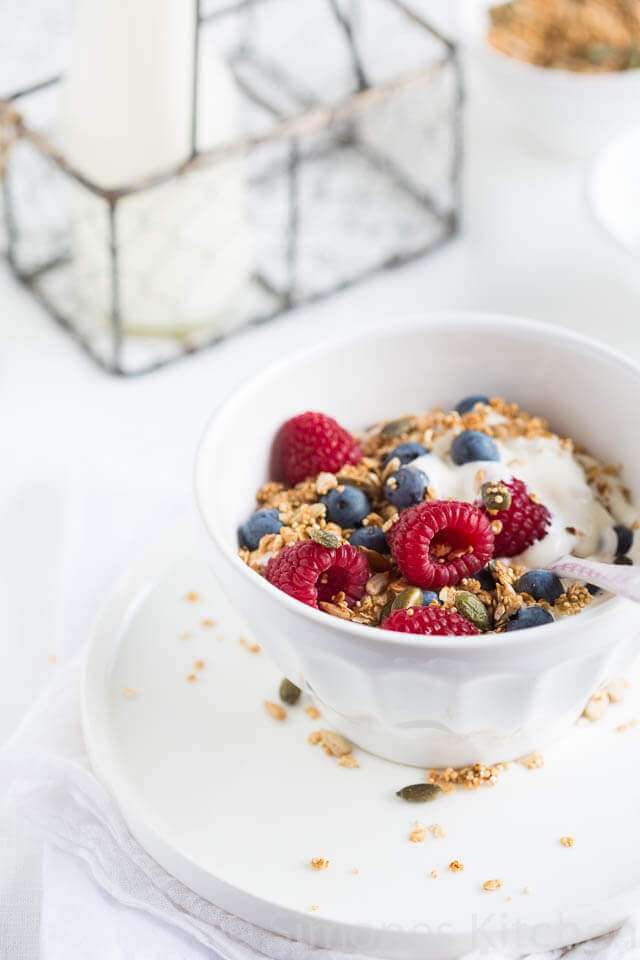 O and I keep on calling it keen-o-wa… Not keenwa… I don’t care how it is supposed to be pronounced. I just think it sounds way better when you say it the way I say it. End of story. Period… But we were discussing my lack of hipness and not my lack of pronounciation… Because i had been wanting to make  quinoa granola for a while now but it just never happened.

Untill – one rainy afternoon – I was browsing through one of Donna Hay’s cookbooks, Fresh and Light and there – you guessed it – was a recipe for quinoa granola and it looked so appealing that I just had to try.

Granted, literally everything in that book looks appealing but still… I wanted to make it. 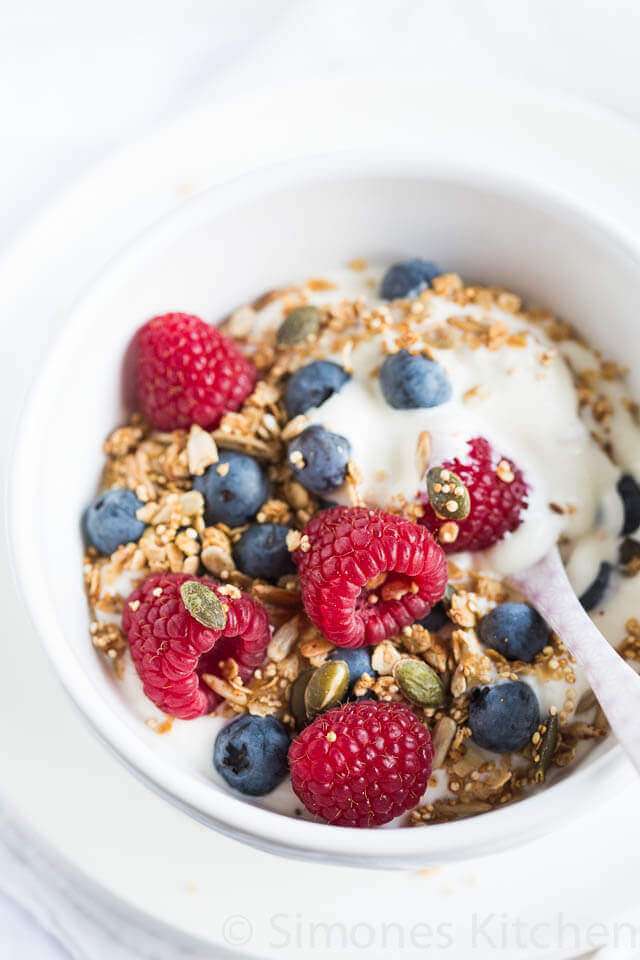 So I made it and it also seemed a good idea to take this dish as a subject for a white on white photography tutorial so that will be coming up soon too. It’s been  a while since I’ve done any.

What did I think of the granola? Good. A little crunchier than the regular granola I make and I am not sure if that had anything to do with the fact that I should have added maybe a tad bit more maple syrup. Anyway, it is good and I can see all sorts of delicious side dishes with different contents in the near future. I have a large bag of red quinoa lying around which I might just use for this as well. 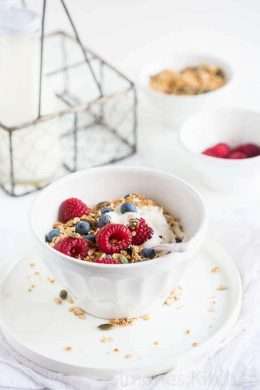