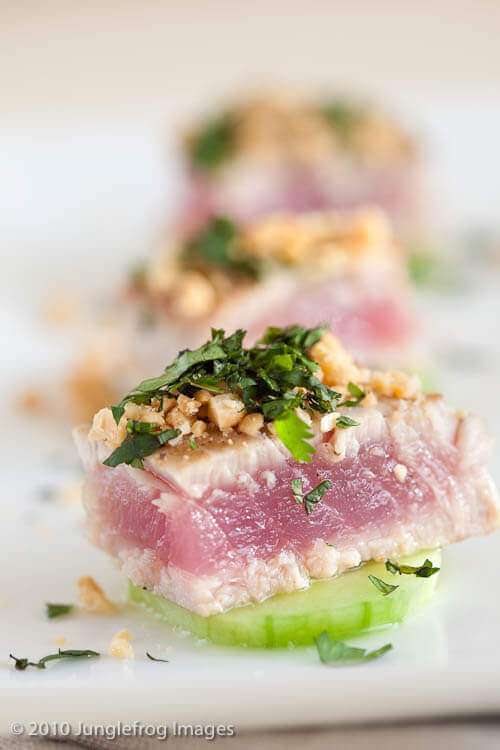 Tuna with herbs and peanuts

We have an addiction… Well, we have more then one but for the sake of argument let’s focus on this one – fairly harmless one. The addiction is that we love to watch cooking shows. It’s probably a good thing that we do not have something like the food network or the BBC food channel to watch or we would be stuck to the tv screen all day long… 🙂 But there are still enough cooking shows to enjoy here and I thank the creators of digital television for the option to watch missed shows with the click of a button. Before this lovely invention you had to browse the entire tv-guide and make sure you taped any shows that you wanted to see. These days, we just install ourselves in the chair and on the couch and press a button to browse through the missed shows. How convenient is that?

So we have “cooking shows” evenings, where we watch the episodes of one week all in one evening. One such show is ‘Over de Kook’ which is a daily show featuring amateurs that get a chance to cook in a real restaurant for a week overseen by a two star Michelin chef called Robert Kranenborg. Not everyone likes the guy as he can be quite harsh, but ultimately he is the expert and the chef so they just have to listed to what he says… But the reason we watch all those shows is that they are also quite informative and educational. And on occassion we see recipes that we just have to try out for ourselves. Today’s recipe is one of those and originally from Jakob Krabbe (brother of Martijn Krabbe) 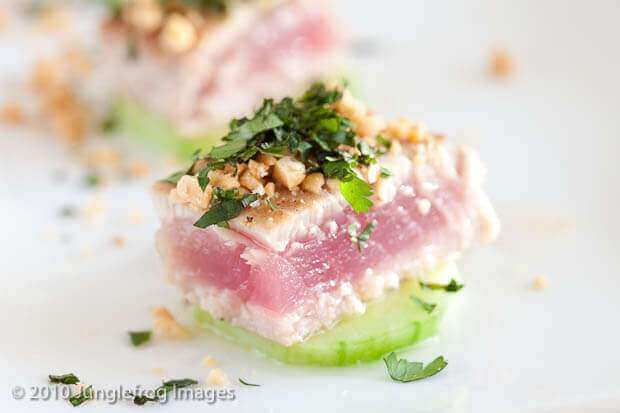 Let me start by saying that we could not find the right ingredients on short notice (meaning we will have to go to Amsterdam to get them) so we sort of improvised a bit. And I think that was not necessarily the best idea… The original recipe calls for tamarinde, which we could not find, but we found tamarind syrup which I am sure was totally different (meant to be making lemonade!) and we forgot to buy sesame oil (ran out of our last bottle and forgot to replace… sigh) so we made our own with sesame seeds and oil. Interesting flavors but it lacked a bit in taste. But…. having said all that, this is definitely a recipe we will be giving another try once we find the right ingredients as it has all the potential to be a real winner. On the show, the chef gave it a 9, which is just about as rare as it happened three times before. But let me give you the recipe so you can give it a go for your self! It does look pretty doesn’t it? 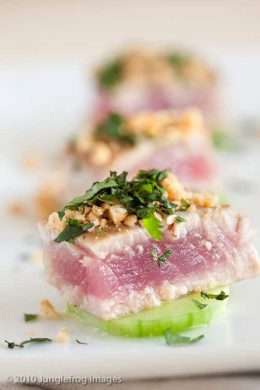 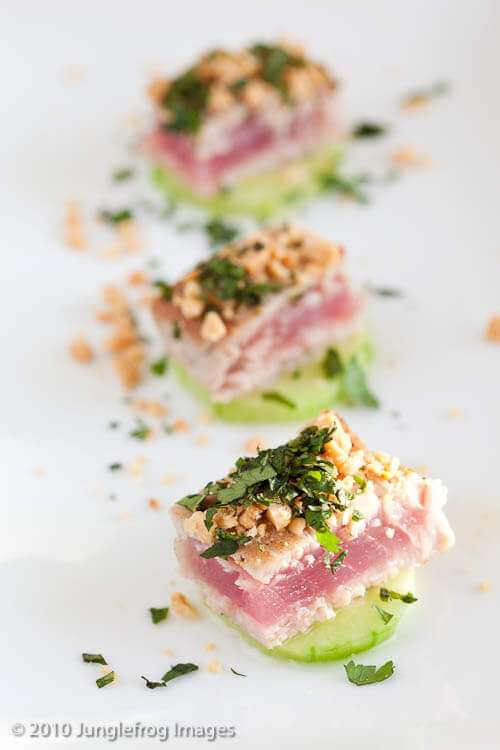