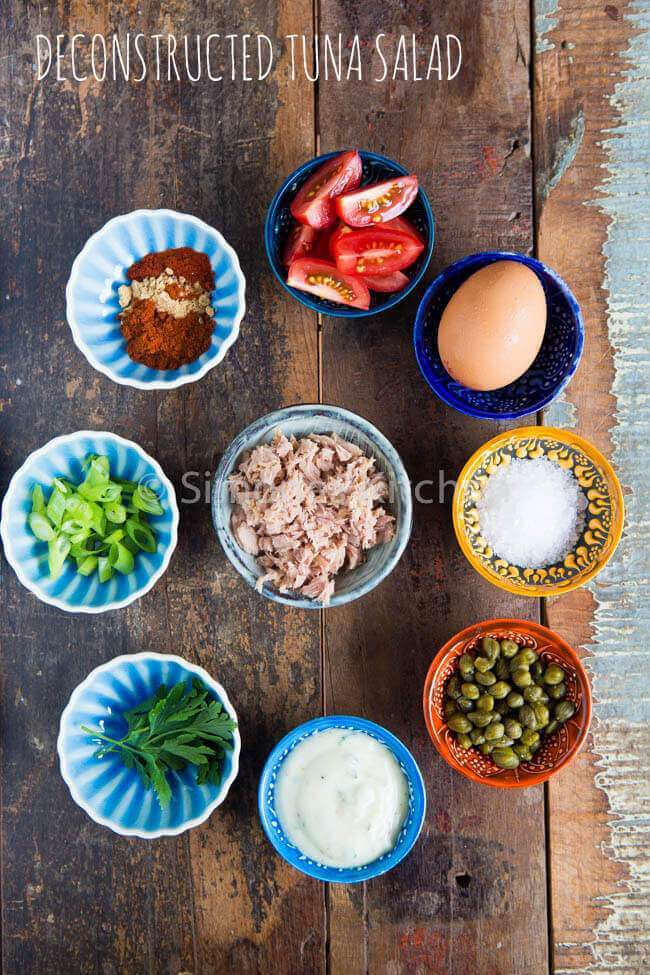 I wake up because its too warm… The sun is shining into our bedroom in the morning and even the curtains are unable to stop the heat penetrating. The forecast tells us it’s gonna be a whopping 38 C today! We don’t have an air-conditioning, as 90% of the time you don’t really need one when you live in the Netherlands. However, I’ve got to say that those other 10%…. I really do wish we had one. But they are big and bulky unless you have one of those expensive ones so well, bottom line is that we live with fans at the moment. Everywhere…. Without them I would be unable to sleep…
Anyway, we’ve been wanting hot weather during the whole rainy spring period, so no complaining! 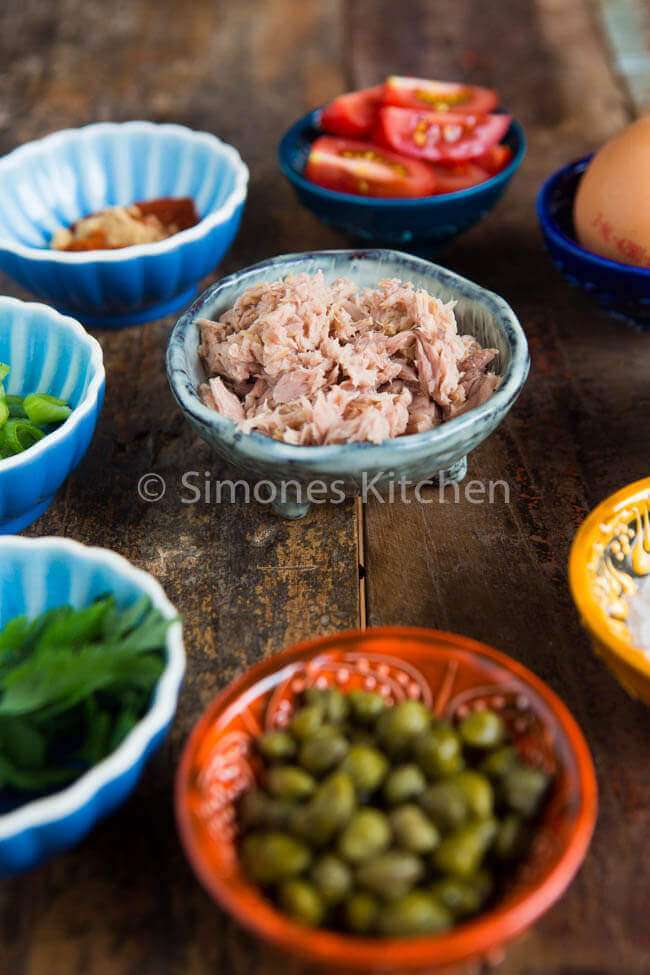 In the meantime I guess we could not have wished for a better period to do our whole30. It’s so warm that big bulky meals are not what you want at the moment and fruit, veggies and liter fare is all we need! We’re on day 12, so almost half way through. And I feel fine. Surprisingly, I don’t miss anything really. That could be because of the weather, I don’t know, but I pass up sugary goods without hesitation.
Yesterday was a bit tricky as I had to do quite a bit of baking for a customer and you know what was the hardest part? Not licking that spoon!! Not because I wanted too but that is such a reflex almost that I had to stop myself twice, with the spoon halfway to my mouth already… Lol…
But I stayed strong and didn’t eat any of it. 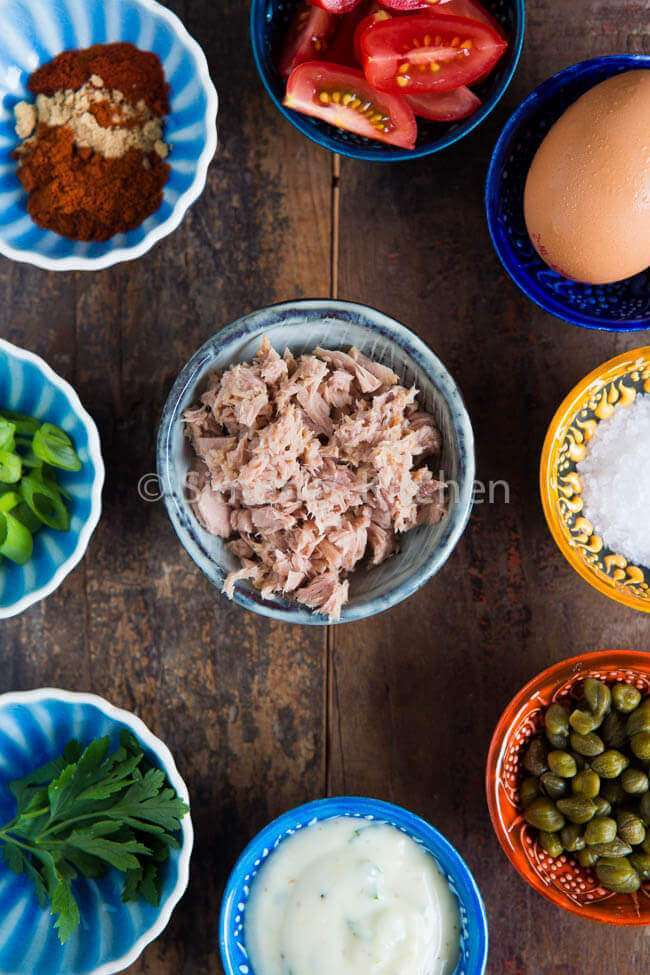 It helps a great deal that Tom is eating the same food with me and he’s really getting into the whole thing too. He’s not as strict as I am. He had a wine yesterday when his dad was visiting but for the most part he follows along.
I can’t say I feel shockingly different from before I started or that I have more energy but again the weather also plays a big part, plus the saying goes that you’ll might start to see/feel results after 3 weeks only. So still a bit to go!
The food is good. Really good and this delicious tuna salad is just one example of a simple recipe I came up with… We had it in little salad boats and it’s perfect for a quick and refreshing dish. 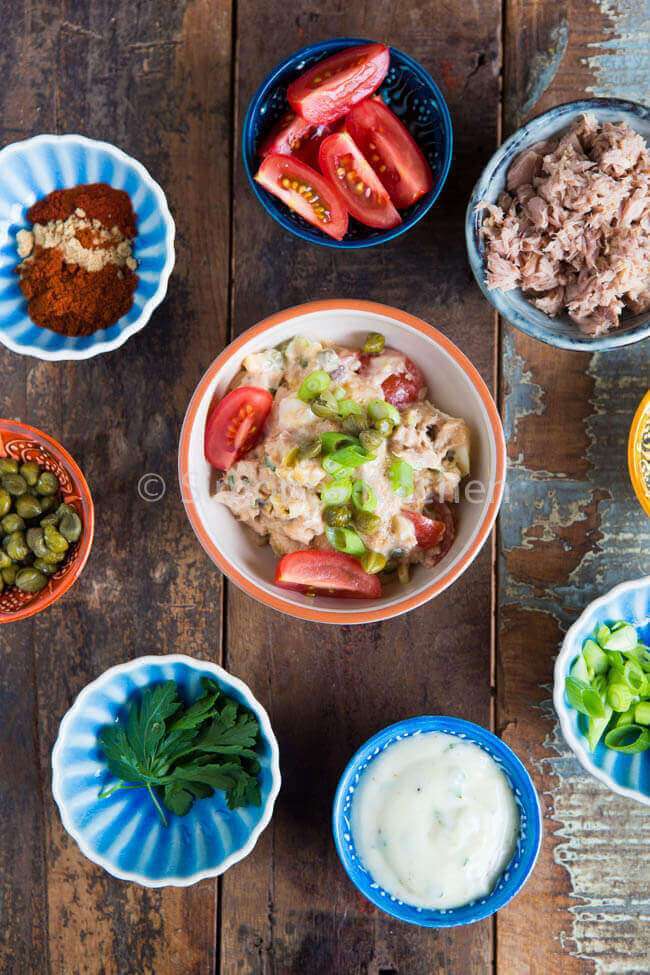 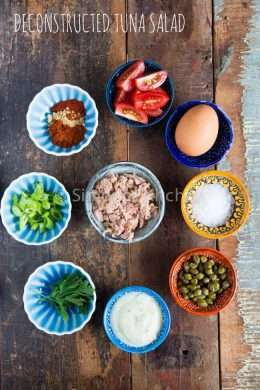 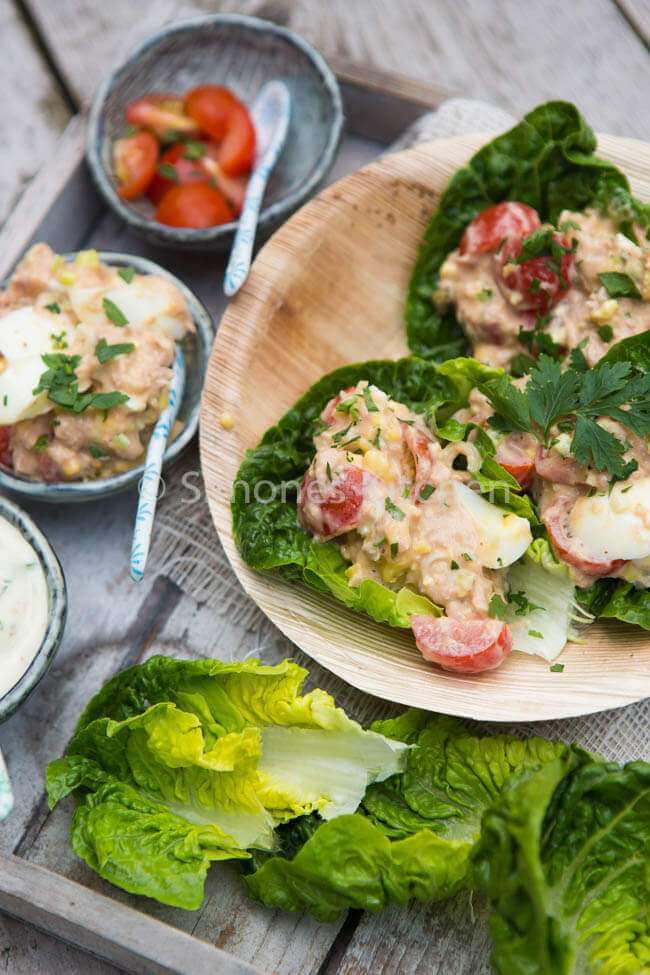