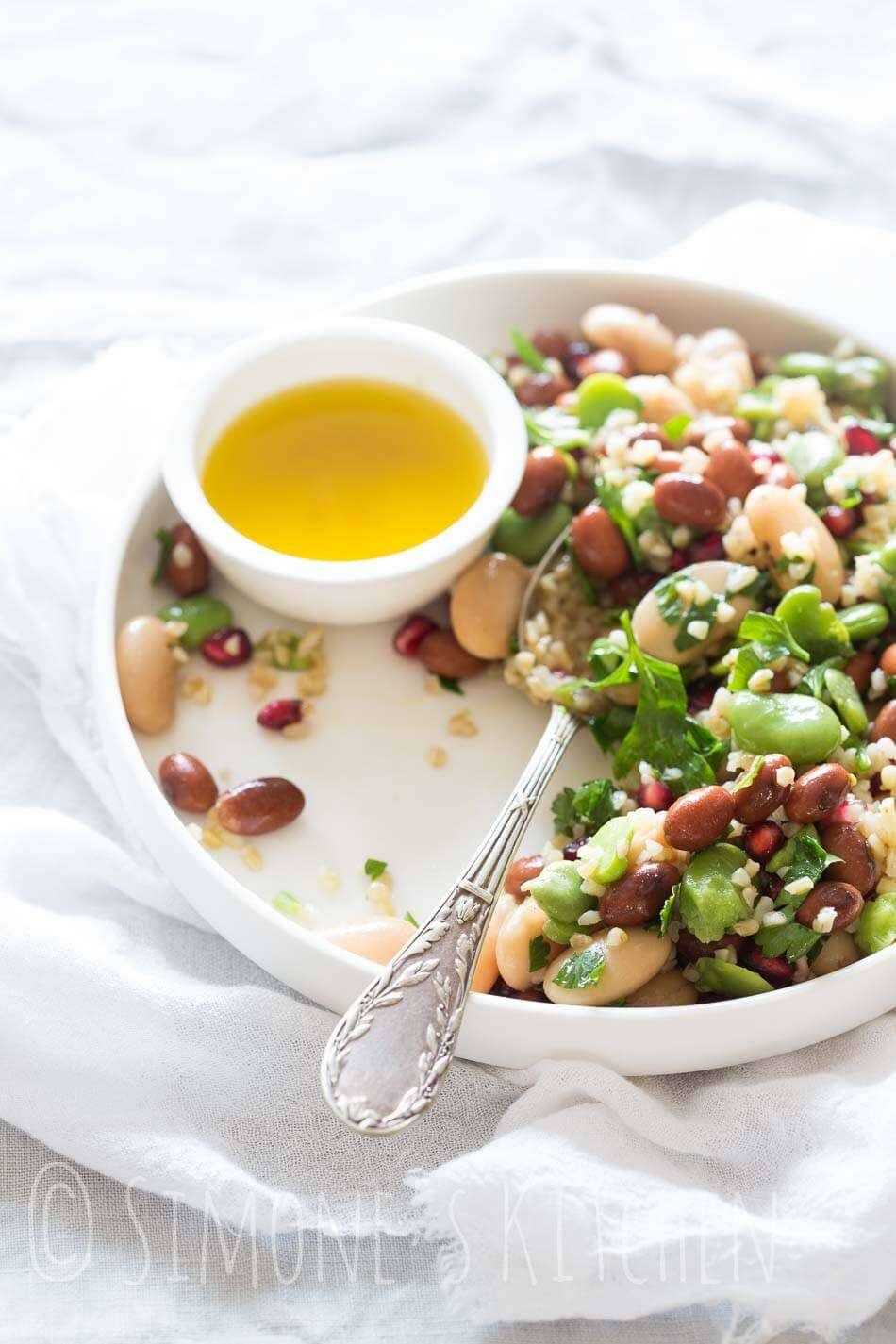 It’s still quiet in the house when I’m typing this as it is early. Way too early to be up and about in fact (although you can argue me being up, since I am typing this while sitting in bed) but Humphrey decided it was time to wake up at 4 am and I haven’t been able to get back to sleep since. You know those moments when your head is buzzing with thoughts and ideas? Well it’s like that with me now. Tired enough to fall asleep but once I am awake I just can’t stop thinking. 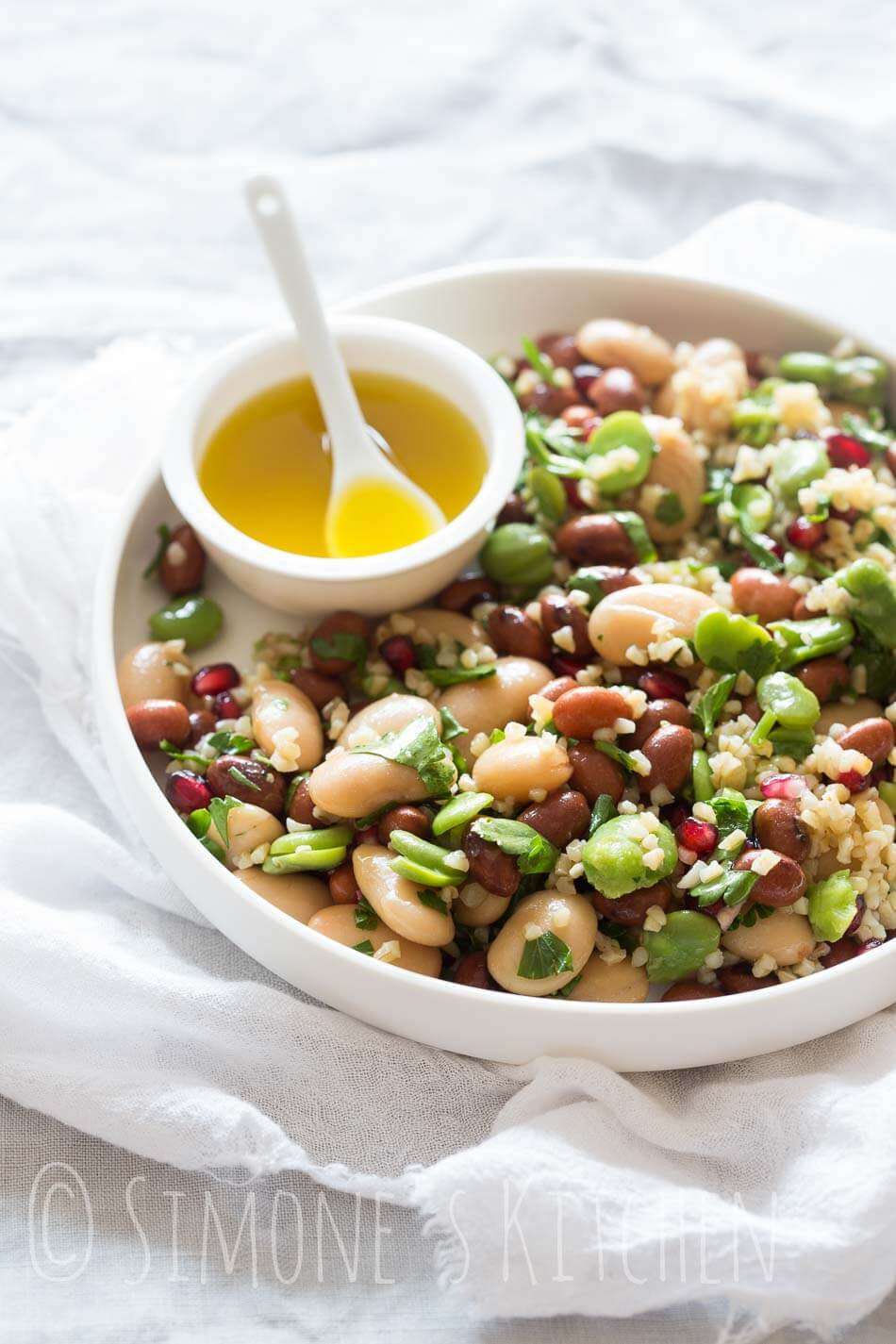 If you follow me on facebook you might have seen the news that I have hired a brand new studio. Or actually it is an “old” new studio as it is the exact same spot I rented 8 years ago. Talk about ‘meant to be’. I left the studio four years ago with pain in my heart but at the time I was just starting out in food photography, I was not doing a lot of people stuff anymore and that is why I had hired the studio in the beginning. So I was hardly there but still had to pay the rent every month so the decision was made to get out of the place. And that was a good decision I think. I’ve had a roller coaster four years since than and after almost continuous photoshoots in our living room for the last four months it was time to move on. 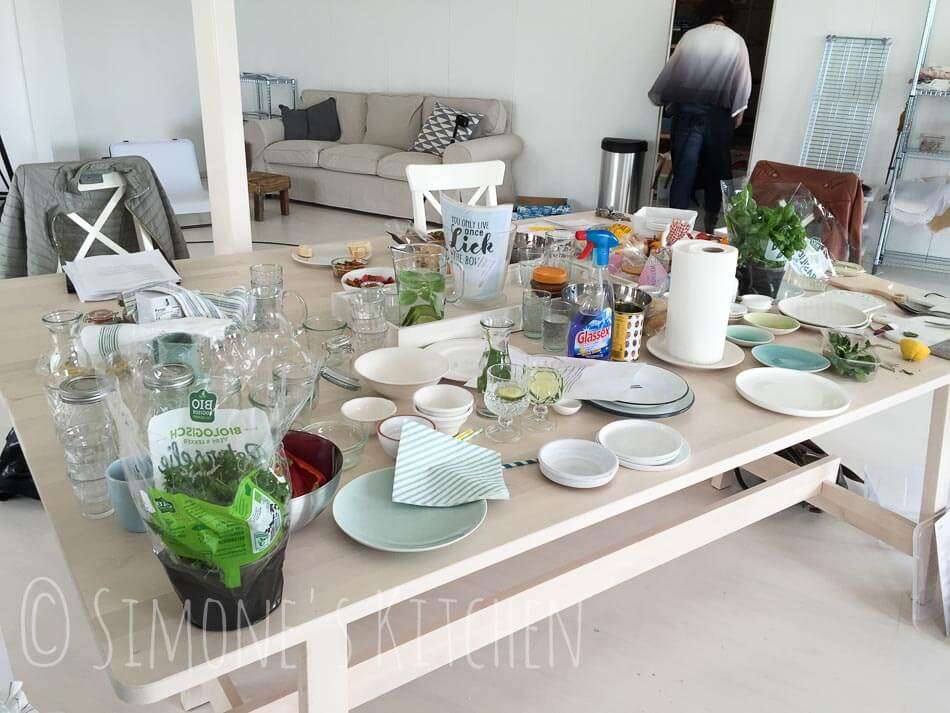 Prop selection for that day’s shoot in the studio

And as luck would have it my old place was still for rent. It has not been rented out for the last four years, believe it or not. So I could go back in without much of a problem. It still looked the same way as when I left! The purpose of the studio has changed of course and because I know exactly what the flaws are of the studio space I have been busy these last few weeks to install all the stuff I need to work. That means I now – since yesterday – finally have hot water! Yay. Electricians and a plumber have been working all day yesterday installing new groups for more power, more power outlets and a special cable for the kitchen that will be installed soon too. 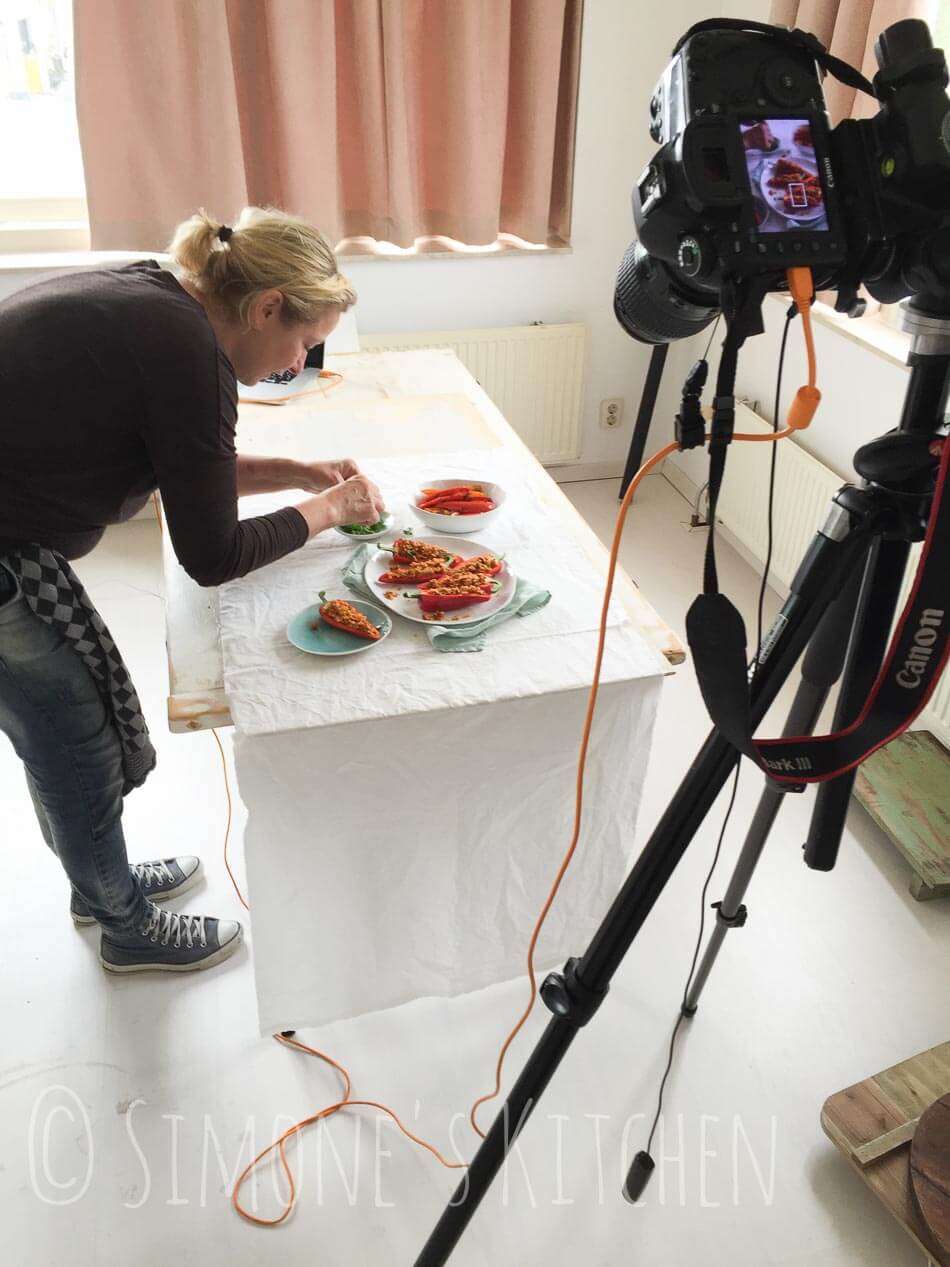 I’m partnering up with someone so we can share the costs. Still need to work out the details of that but I am confident we can make it work. That means bonus for me and bonus for her. It’s a shame Alex lives so far away as that would have been the obvious choice to share this space together but with more than an hour drive between our homes it is just not convenient.

But the place is starting to come together even though we’re still moving props from here to there. But it is starting to feel like home again. I’ve always loved the place and especially the wonderful light and I’m so so happy to be back. My landlord is equally happy as he knows me well. He knows I’m a good renter (is that the term??) so all is well! And funny enough since I got the key I’ve got some amazing new jobs too that I would not have been able to do from the living room. Well, that’s not true: I would have been able to but it does look kind of weird in some cases…

So there’s that. My book manuscript has been delivered and is going into the first correction rounds. So I’ll be staring at paper this weekend when I get it back for the checks. All photos are shot for all recipes so that lifts a weight of my shoulders. Walking is still shit, pardon my language, as the healing process is slow, slow, slow. And I’m impatient. Especially now that I have so much going on. 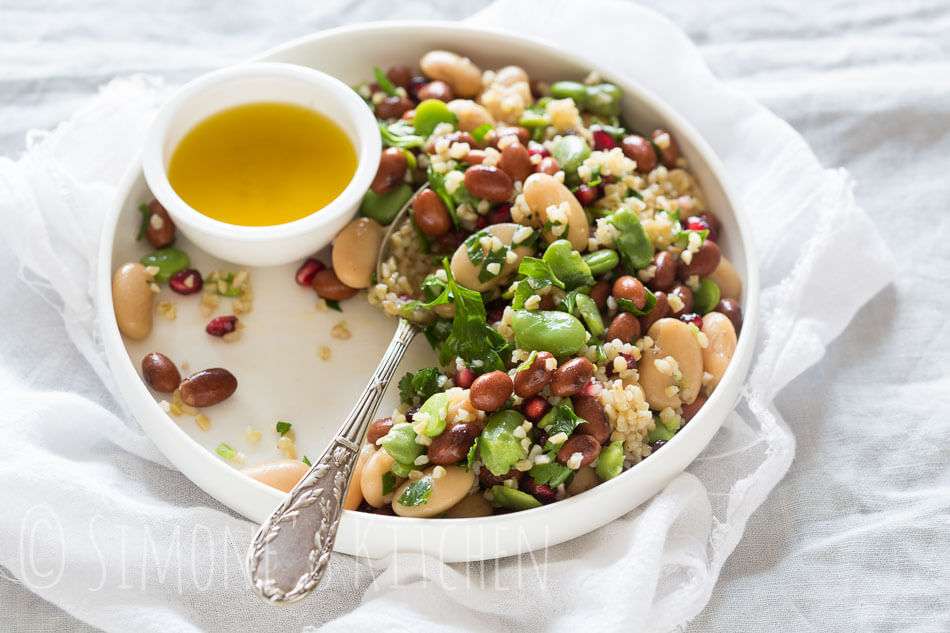 Now the only drawback of having the studio is that I now have a prop issue. I have stuff in the studio but I also shoot at home of course for my blog. So I have to keep a stash of things here as well. Time to do some more shopping so I have a few items double.. 🙂 (don’t tell Tom) That’s just easier than moving items back and forth all the time and than ending up forgetting I have what where… Something like that.

So I guess I’ve gotten you back up to speed more or less. And in the meantime I have this delicious mixed bean salad. Simple yet filling, so it is perfect for a lunch or a light dinner. I have used a rather interesting vinegar for the dressing. It’s from Cocofina. They have a range of coconut products (they’re based in the UK) and I was especially intrigued by their coconut vinegar with nutmeg. It’s quite tangy maybe a bit too much for my taste so I added a tiny bit of honey in the dressing mix and that did the trick. Try for yourself! It’s delicious! 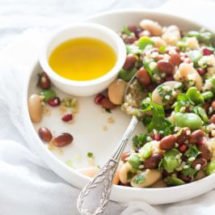