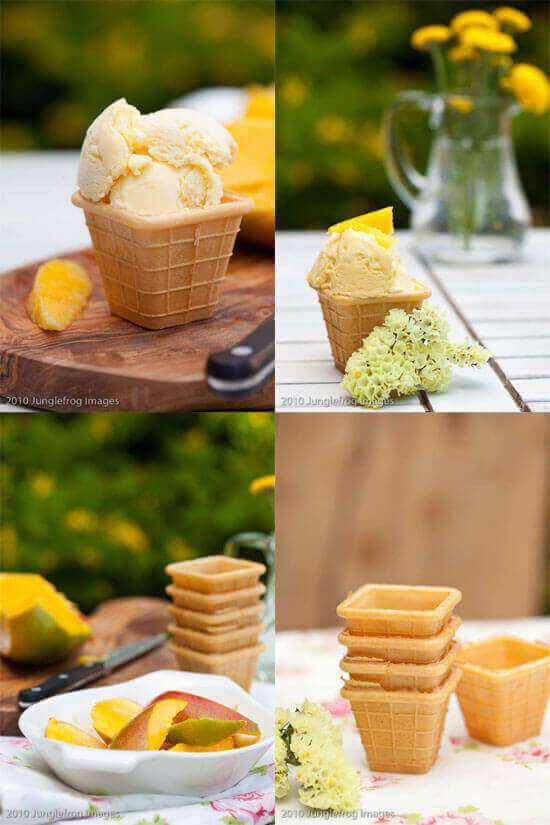 The heat has struck again here and guess what I decided to do this afternoon? Remove all the weed from the garden! Really a fabulous idea when the temperatures are soaring way above 30 (can’t really tell exact numbers… I don’t have a termometer in the garden) but at least it’s starting to look like a garden again. It’s weird really, that no matter how dry it is, weed always seems to survive, while the regular plants, the ones you really want to survive struggle! When we came back from Italy our private jungle was a little too realistic… 🙂 It’s cut down a bit and hopefully it stays down as we’re having a gardenparty next week and I would hate to start all over again. O well, I am really not complaining (oo, did you think that was what I was doing??) as it is finally summer!! 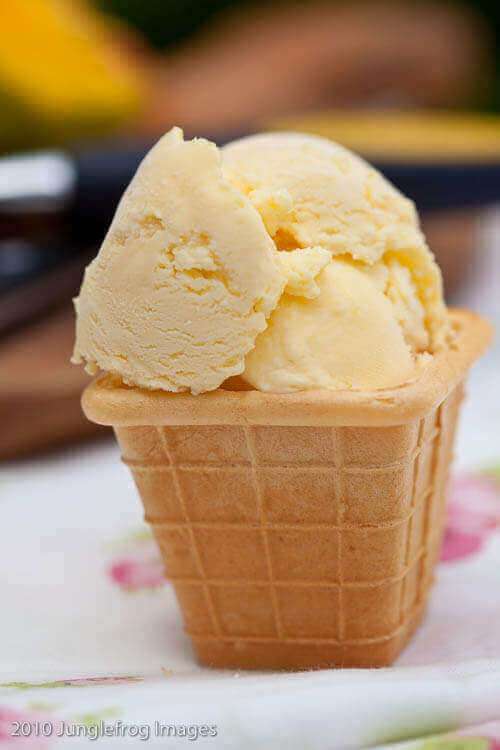 So obviously after the delicious Strawberry icecream I had to make another flavor and this time I wanted to make a cream-based icecream instead of yogurt based. We have friends coming over tonight and upon asking my friend what flavor of icecream she would like, she instantly called out ‘ mango!! ‘ Now you have to know that we do have mango’s here but in general the ones you can find in the supermarket are really terrible mango’s. Unripe when you buy them and tasteless once they are ripe. Not sure where they get them from but it sure ain’t a good source. But I was lucky this time as I found some really good  looking very ripe mango’s that I had to transport very very carefully as they do bruise easily in this state. I bought four of them and needed only two for the icecream, so guess where the other two went… They were gone before you know it. Now eating a mango is not something you want to do in public, at least I don’t want to do it in public, as it gets incredibly messy. I have not mastered the art of eating a mango and keeping my clothes clean at the same time. Any tips or hints are welcome here (and I have tried most of them so you have to be original!)

Making the icecream was ridiculously easy. I’ll give you the recipe below but you can almost not call it a recipe as it is so simple to make. I do think I am ready for more difficult types of icecream now, as I have not made any containing eggyolks, which is apparently quite normal. I need to make icecream based on creme anglaise, sorbeticecream, semifreddo (but I understand you do not necessarily need an icecreammaker for that) and ooo, the flavor options are just endless!

I gotta think a while what I will be making next, so stay tuned and in the meantime enjoy this lovely icecream! I would like this particular recipe with a little more tang to it. I would have added more lemonjuice but the friend that is coming tonight dislikes lemon so I left it out, but had it been for me I would have added maybe a little zest and some extra lemonjuice. I think that would work really well with this mango taste. 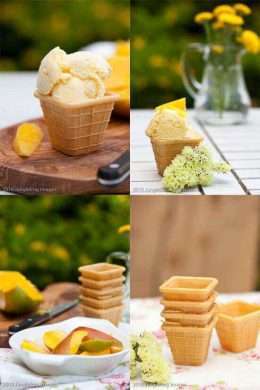 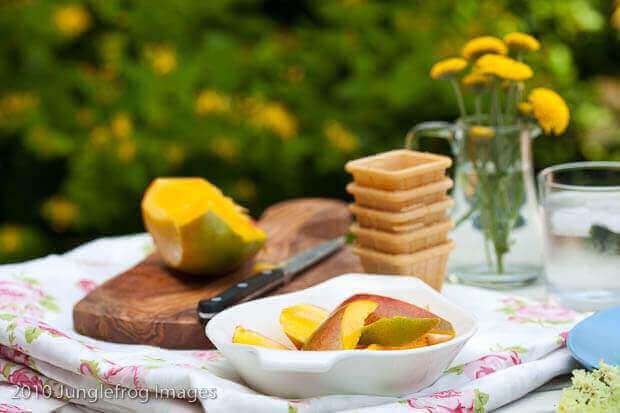 Check out more mango recipes via the below link to Foodista!