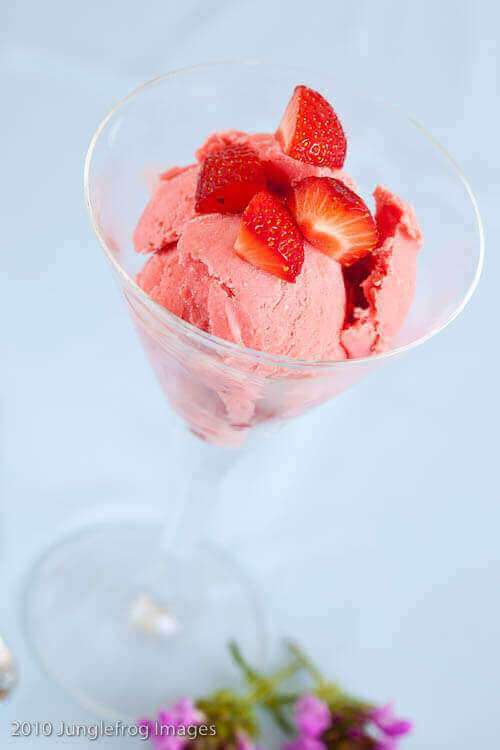 Some of you might actually remember that I got an icecream machine for my birthday in february…. And finally, finally I have made my first icecream!! Why so long you wonder? Well, the thing was that our regular freezer has drawers and the icecream bucket or however you call it needs to sit in the freezer for 10 hours prior to use. So I could not put it in the freezer… But this weekend we finally bought a little extra freezer. One of the kinds that loads from above so plenty of space to put thing upright plus we now have extra freezer space. It was a constant battle between Tom wanting to put in fishfood (….) and me wanting to put in normal food. He sort of confiscated the bottom drawer, but that is a lot of space in a small freezer! But finally…. the problem is solved and I can make icecream!!!! I have to confess that I wasn’t really aware when I got it that you have selffreezing machines and non-self freezing machines but this one works absolutely fine. And now that we have the space to keep it in the freezer permanently; no issue whatsoever (until we run out of freezer space again that is..). It’s a Magimix something; if you want to know the exact type I will look it up. 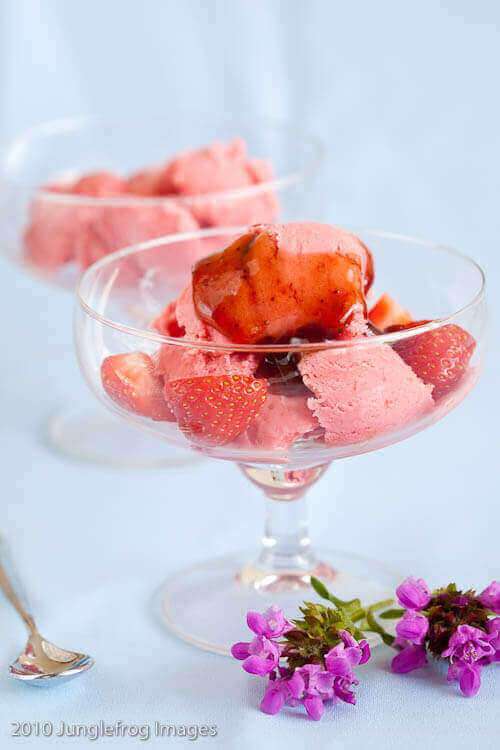 I chose a simple recipe to start with as I have never made icecream before and well, I figured it made sense to get familiair with the process first before diving in head first (which – admittedly – is what I normally do..lol) I got the recipe from David Lebovitz blog, which is a great source of information for making icecream. And I am definitely going to order his book  as that has tons more recipes in there and I’ve already heard many good things about it.

I picked a yogurt based recipe as I figured that would be a little lighter then cream based and it was..

It was a breeze to make and when tasting the final result I already new it would be delicious. And it was. After about 25 minutes in the icemachine (I forgot to time it, so I just checked if it was ok after having chatted to the neighbour for an x-amount of time, so I am not sure if it really was 25 minutes but it’s something like that) I took it out and both Tom and I had a little bowl of the icecream. The rest I put in the freezer to photograph today.

I loved, loved, loved the taste of this icecream; it was not so heavy due to the yogurt but the overall smell and taste of the strawberries was fabulous. I now seriously wonder what on earth they put in commercial icecream as I bet it is certainly not the amount of strawberries that I used. 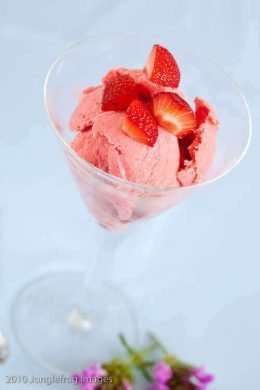 I have a friend coming over on thursday and I already promised to make her icecream as well. She loves cream so that will be a creamy version, just have to figure out which flavor I will be adding and how I can make it extra creamy. We have a very famous baker in Amsterdam who makes icecream that is partially whipped cream. I mean; when you eat it, sometimes you only have a bite of whipped cream instead of icecream so it is very very creamy. Too much so for me, as it is literally an entire meal but I would like to recreate a similar effect but maybe with less cream. So if anyone has any suggestions please let me know!