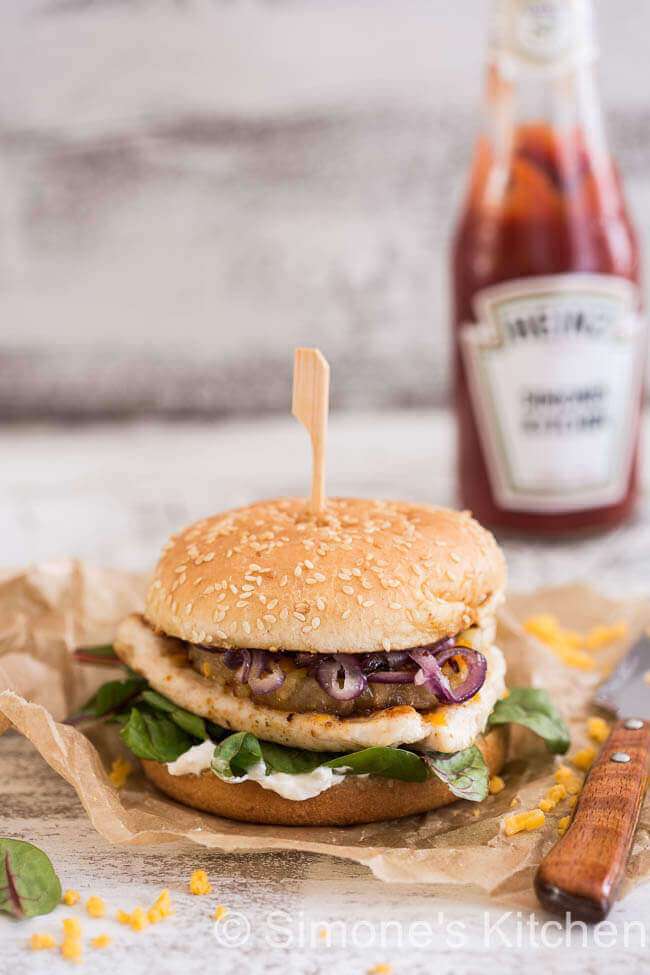 Maybe it’s me, but I’m not that fond of this time of year. The thing that bothers me most is the indecisiveness of the weather. Rain, cold and sunshine are competing with each other and turn every day in a kind of ‘predict your own weather’ lottery. I am dude, so I don’t like that. Dudes need just one thing: clarity. So give me heat or cold, pleazzze.
To drag me through these months I listen to Swamprock. 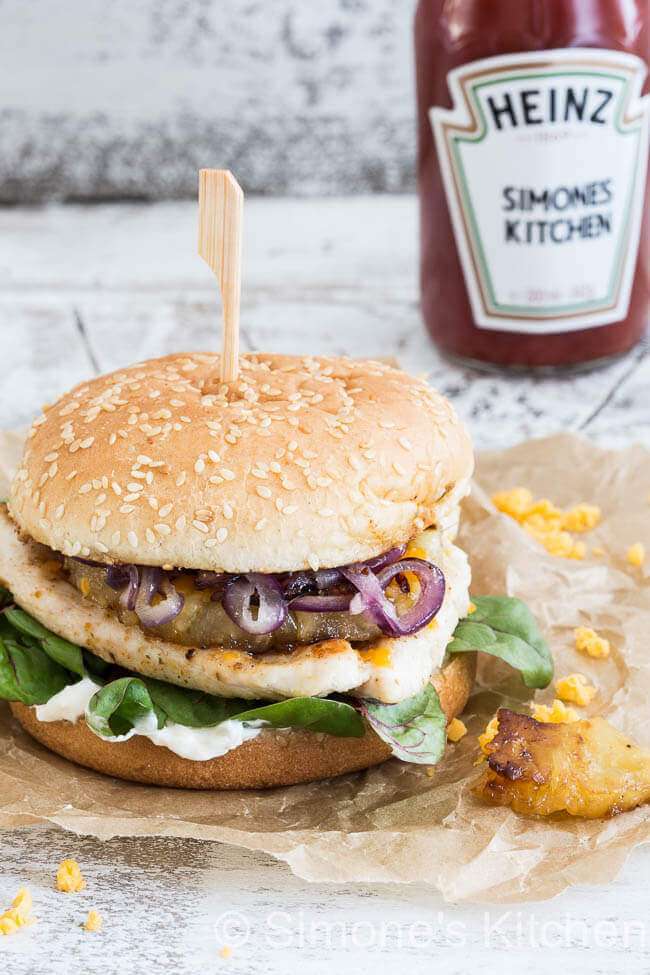 Somehow this sweaty, swampy music gives me some kind of clarity.
And to think that swamprock guys like John Fogerty or Tony Joe White keep beating their instruments in the most humid and hot climates, makes them magnificent dude legends in their own right.
The downside with swamps and humid climates are the mosquitos. And I DO HATE mosquitos, them tiny bloodsucking itch generators!
The world would be far better off if mosquitos sucked fat in stead of blood.
Anyway, I want to go for a snack, a cajun snack. Something that gives me an even bigger lazy Lousiana feeling than I already have from the electric guitar versus banjo music.
Something that makes me so lazy that I only want to make love when I have the hiccups. Yeah…
Sorry, too much information, perhaps?
Let me shut my mouth by making a chickenburger cajun style with some songs of Creedence Clearwater Revival in the background. 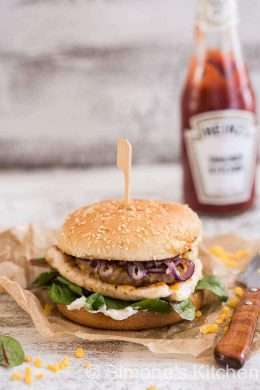 Cajunburger with chicken and pineapple