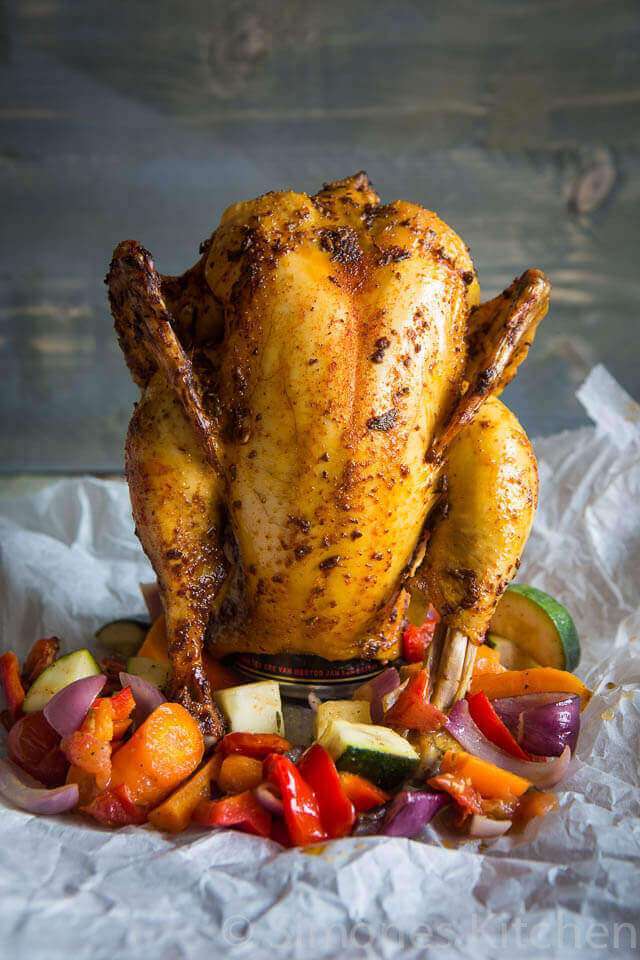 Yes, it is that time of the week, The moment that the kitchen is ruled by men and men only. Dude Food Tuesday. Welcome to everyone, even though I realize it sounds dramatic… Today we are going to talk about another dude-thing; making an impressionl The real dude by definition always makes an impression, wether he wants it or not. But on the culinary level making an impression can be a bit harder for the average dude. Because shaking your feathers and prancing around with some bling, bling, is not gonna mean anything when you serve something that the average toddler would do better. 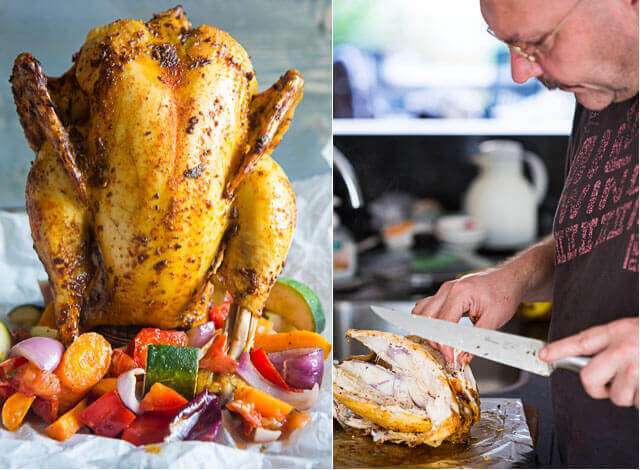 And that’s where Dude Food Tuesday comes to the rescue. Fear not, because here you will find solace and you are served a classic, blow-me-away dish. which screams ‘Dude worthy’. So for all dues that still think a 7-course meal consists of a hotdog and a sixpack of beer, but still want to impress the ladies or want to position themselves as the alpha dude within the friend circle, I have the solution; BCC. No, not the Blind Coded Copy you click when sending an email!

I of course refer to the Beer Can Chicken. That impressive dish that looks so tough because the chicken is roasted standing up straight on the barbecue or in the oven. The chicken is standing because he has a beercan up his ass. Ho, wait a minute… A beer can in a chicken’s ass? Yes. ‘But does that make the chicken so much more delicious?’ I can hear many a person think. The honest answer is ‘no’. But one such fine delicious roasting chicken in the style of Pete Gabriel’s Sledgehamer clip, steals the show when you magically put it on the table. 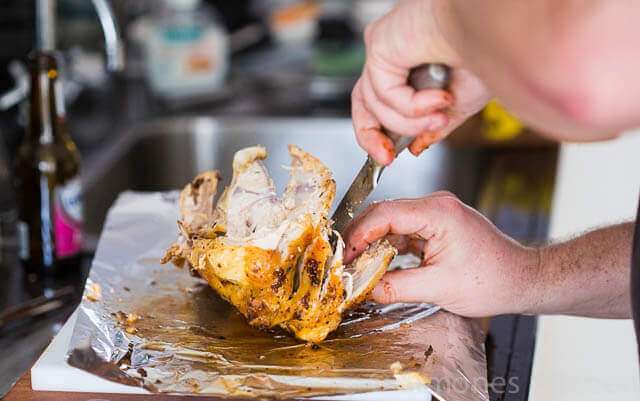 The principle behind the beer can chicken is that the chicken is steamed from the inside from the evaporating liquid of the beer. In reality it turns out that it doesn’t really work that way, because the beer never reaches the cooking point during baking. That is because you shove a whole chicken over that beer can and that acts like an isolating teacover and keep out most of the heat. What does have a positive effect on that roasting in the upright position is that you will always get a lovely and crispy chicken because the moisture has space to move away from the chicken But despite the fact that there are better ways to roast a chicken on the grill or barbecue, the beer can chicken is till a sure way to impress your guests.

So that’s why I am giving you a recipe for a good Beer Can Chicken and maybe I will share some other ways of preparing a delicious roast chicken in the near future. And… for anyone below thirty and who doesn’t know which videoclip I mean with Sledgehamer. here is the link to the video that was revolutionary in 1986. That was the time when animated chicken’s danced on the tunes of Sledgehammer, while these days the chickies fly around on wrecking balls…. 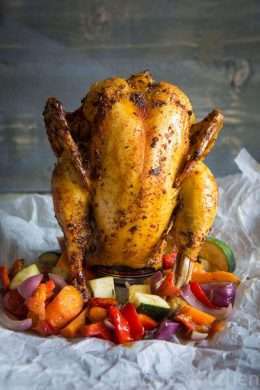 « Previous PostSteamed sticky rice cakes with banana and coconut
Next Post » Quinoa, herb and pomegranate salad and the digital age