Working with studio strobes – not as scary as you’d think 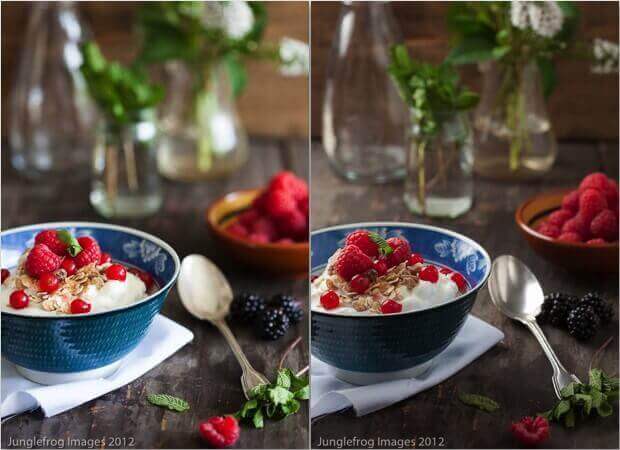 During the workshops in food photography I give and also through email a lot of people ask me how to work with artificial lights. Now I love daylight and it would probably always be my preferred lightsource but in a lot of situations there is either no daylight at all or it is so dark that any shot would take 30 seconds to expose. Not exactly ideal if you’re on a timeschedule or have herbs wilting in front of your eyes. I have shown you a while ago how I work with a continuous artificial light that was fixed with daylight lamps.

Since I hardly ever use those myself I thought I would show you how I tend to work with artificial lights. For now we will start with one light only. If you are on a budget (and who isn’t these days?) you can find fairly cheap studio flashes or studio strobes (same thing, different word) online. Second hand is an option too but you should be able to get a basic thing for about 100 dollar. Ofcourse it won’t be as good as the more expensive ones but it will definitely get the job done. 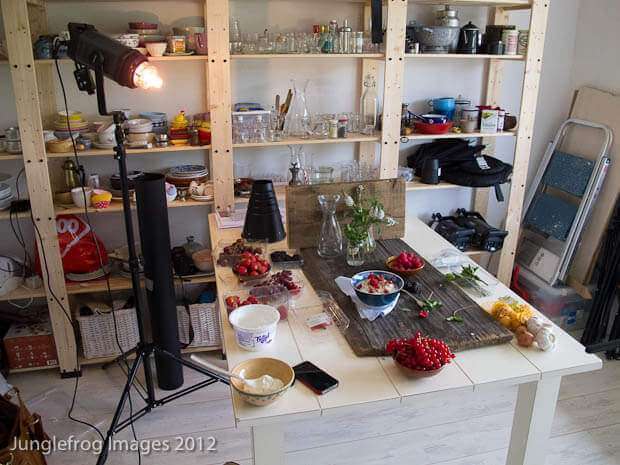 In terms of pricing the difference between the cheaper brands and the more expensive ones is usually their durability, the consistency of the lights in terms of white balance, power and the adjustment options on the light itself. Just to clarify; a strobe is essentially the same as your flash that goes on your camera. It gives a short burst of light, which is a huge advantage when shooting food as it does not nearly get as hot as continuous lights.

The disadvantage ofcourse is that you cannot see what the light does until you take a shot. Most come with a modelling light but if you’re shooting during broad daylight that won’t do you much good and even at night, it doesn’t always paint the correct picture.

So you bought your first studio flash and now what? Think of your flash as an extension of your daylight. The rules of the direction of light are still the same. The only difference is that the size of your light is different to your window. Plus in a way it is more flexible too.

Now let’s start with showing you the setup in daylight. In the picture below I have shot this yoghurt bowl with fruit in the existing daylight, no reflectors used. Light coming from the right. 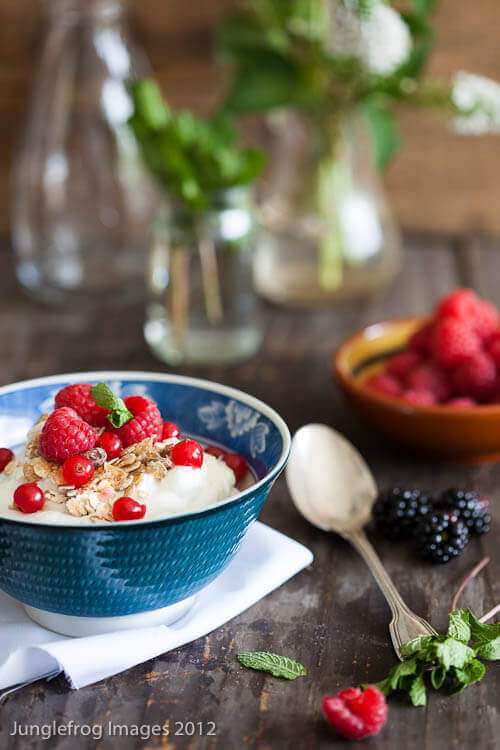 I placed my studioflash on the left side of the subject. Not because it couldn’t be on the right, but only for myself to be able to move around the studio easier… 😉 The output of your flash is in large part determined by the light modifier or reflector you put on your light. They mostly come with a fairly small reflector which is a round dish, usually silver on the inside from metal which guides the light into certain directions. 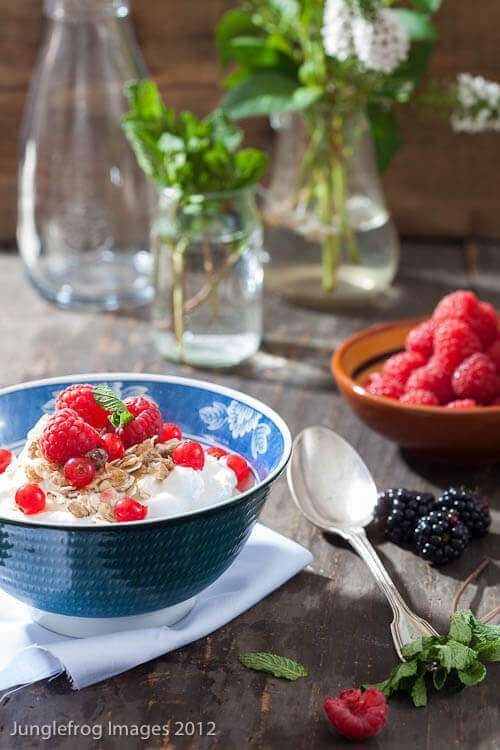 In the above photo I used the naked light. No reflector used, no bounce, nothing. The light is quite bright and clearly coming from the left behind but it is not entirely unusable. If I would have used a reflector on the right it would have been a little softer overall with less shadows even. I could have also turned down the power of the flash a bit softening it up a little. You can also turn the flash towards the ceiling (providing you have a white ceiling!) as that will diffuse the light somewhat too. Depending for a large part also on the distance from your flash to your ceiling.

Now you see that by using only one light you can achieve quite a good result! And while this is shot during daylight hours, the result will be the same if totally dark.

One thing to be aware of when you’re shooting with a studioflash is that you cannot work on aperture priority or any other automatic mode. Manual is the way to go here. You can set your shutterspeed at 1/125s and decide which aperture you want to use. You can then start tweaking your flash power to achieve the desired result. It takes a little bit getting used to but it is really not that hard. Once you get more comfortable with working with the light you can decide to get some different modifiers such as different sizes of reflector, a grid, a snoot or a softbox. 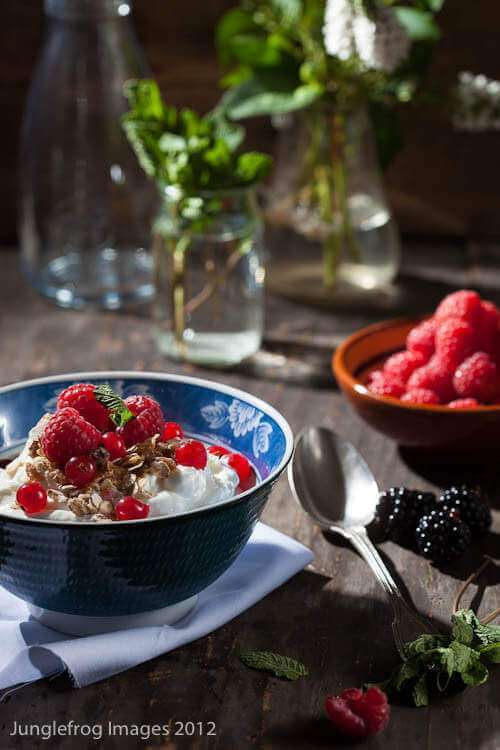 I love using my snoot-attachment on the flash as it gives you very precise control over the light hitting your subject. Photo above is taking with the snoot on. I’ve actually made them myself as well, as it is not that hard. You can take a piece of black cardboard and twist it into a little round tube. Large enough on one side to fit over your flash hit (with a reflector attached) and the other side can be as big or as small as you want. Depending on the effect you want to achieve with your light. And below photo shows you what a snoot actually looks like 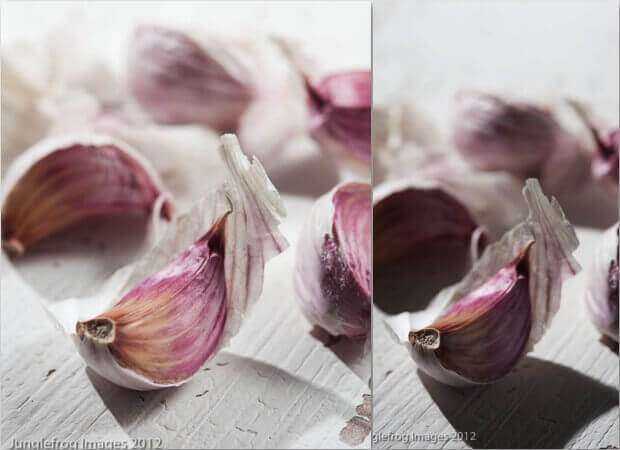 Now when using a snoot the light gets very hard which might work well on certain images but not so well on others. As you can see in the garlic cloves above; the image on the right has very dark and hard shadows. I tried to light it up a little on the right but you can still very clearly see the shadow. That is not always an issue and in a lot of cases it is an advantage but take a look at the daylight picture below of the same garlic and I’m sure you can guess which one I prefer in this case. 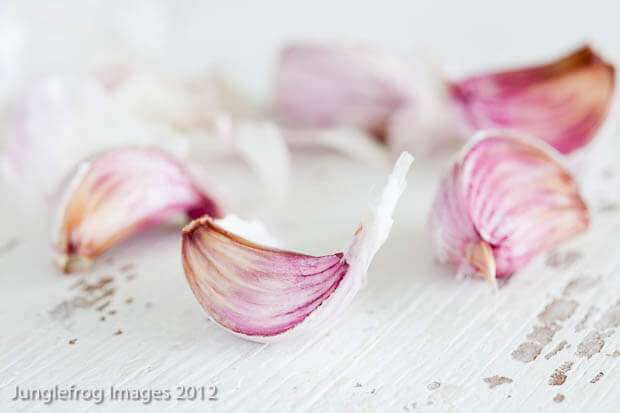 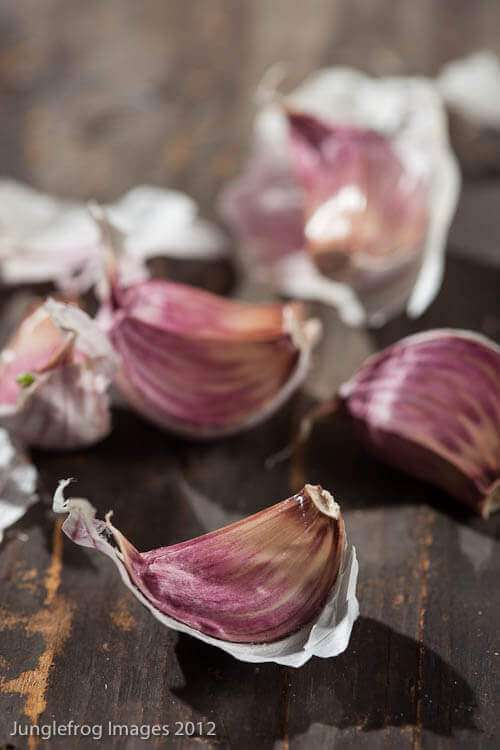 And then an image which was shot for a customer a couple of months ago. I didn’t even have to use a reflector here. The only light coming from that one snoot in the background gave the perfect light for this pretty dish. So it all depends in a large part on your subject, the background you are using and the mood you’re trying to create 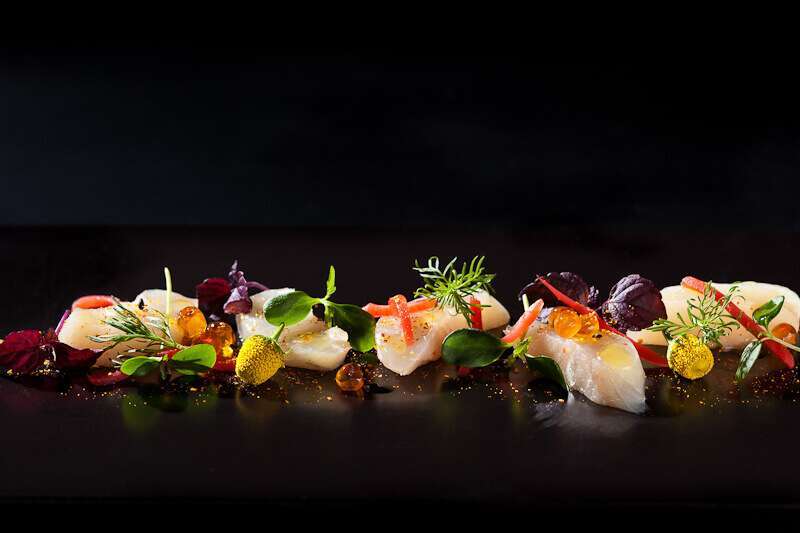 Then besides the snoot and a regular reflector there is the famous softbox. Softboxes come in many different shapes and sizes. The bigger the softbox in general, the bigger the diffusion gets as well. it softens the light in a pleasing way and if you manage it correctly you can definitely make it look like daylight. The very first image on top of this (long!) post is shot on the right with a softbox and on the left with daylight. Now ofcourse I didn’t specifically try to recreate the same feeling in both pictures and they’re not but you can probably see that by making just a few small adjustments you would be able to replicate the daylight effect with the softbox. 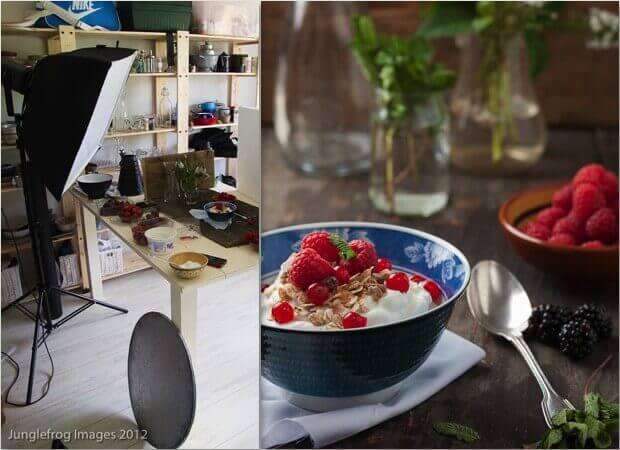 So with having said that I am going to conclude this long post. I hope you found it useful and if you need any additional information or would like me to address a different kind of artificial light just let me know!