Tortano with cheddar, salami and pesto 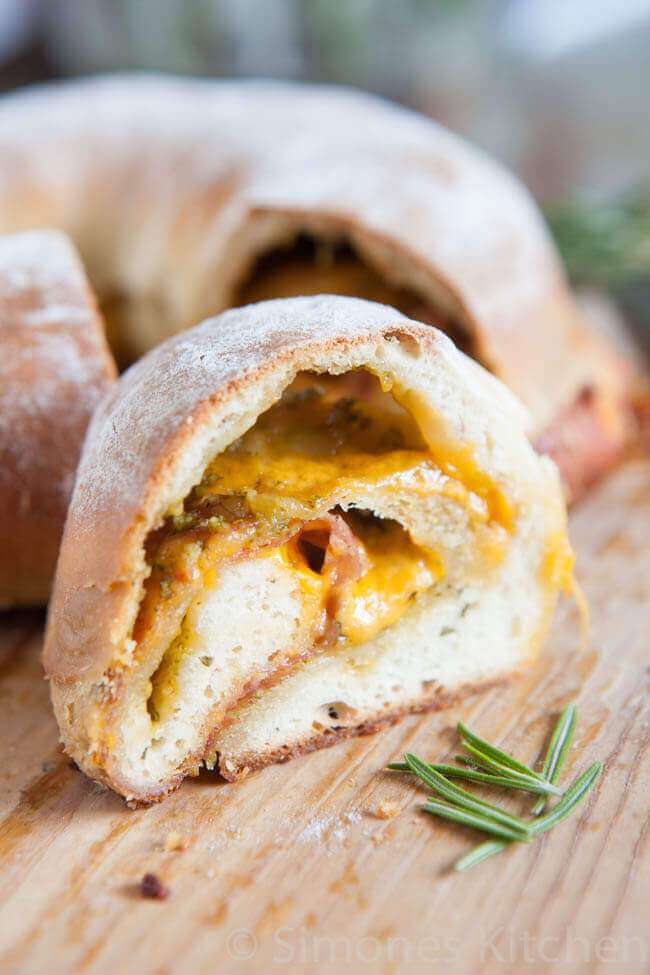 . The same book that made me bake those delicious bagels not too long ago. While going through the book I had seen the tortano’s before and when I read on Jamie’s blog about the new cheesy bread we were gonna make for Twelve Loaves I initially thought I was gonna do a foccacia. But then I ‘ran into’ Leila’s book (yes, you can actually run into cookbooks in my house… Very normal) and immediately thought about those intriguing breads I had seen. 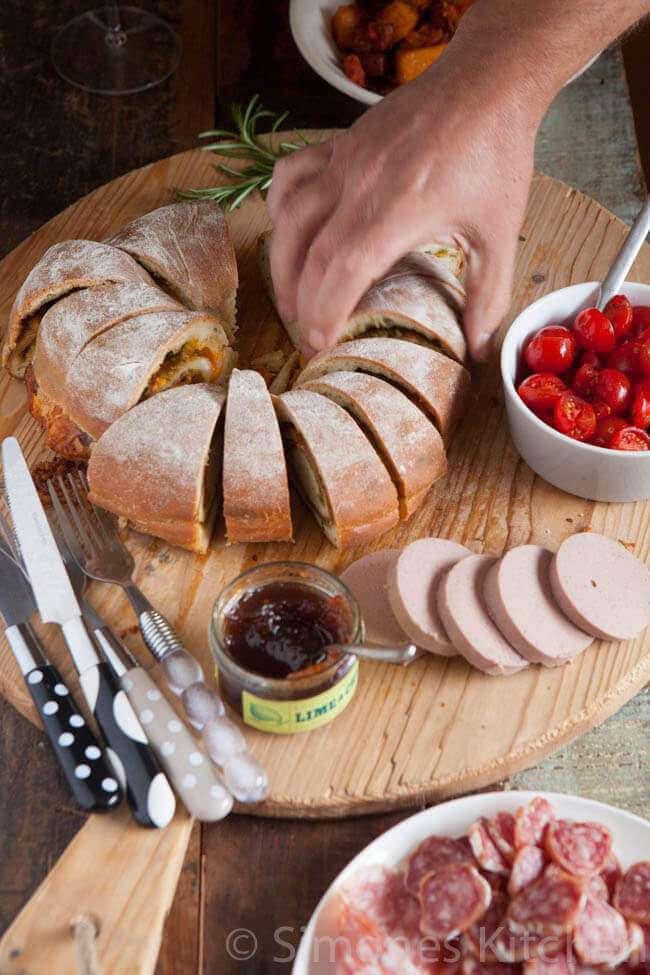 The tortano comes from the area around Napels and is shaped in a ring. Apparently it looks a bit like a tart, hence the name tortano. Like a pie you also cut it into similar pieces. Leila tells us that originally the bread is stuffed with boiled eggs but you can ofcourse add anything to the filling. Leila gives 9 examples of fillings but I chose to do another one, with the things I had on hand. I added some herbs into the dough itself and then filled it with the homemade pesto I had made earlier in the week, some leftover salami and a rich cheddar.

It didn’t start out so well, as I had made the dough in the Kitchen aid but it stayed incredibly sticky. I did a little bit of kneading by hand but – lazy person that I am – decided to just risk it and put it in a bowl to rise. Ofcourse it didn’t rise at all and just looked like a pile of blah at the bottom of the bowl after 40 minutes. I heaved a big sigh, took it out of the bowl and started kneading away. The time it had sat in the bowl did make it a bit less sticky so once I was done kneading it was a pretty nice and smooth dough. I just should have done it an hour earlier but hey, I still did it! I then let it rise again for 45 minutes and while it was supposed to double in size, I think it didn’t exactly do that but it looked good and so I proceeded to the next step. 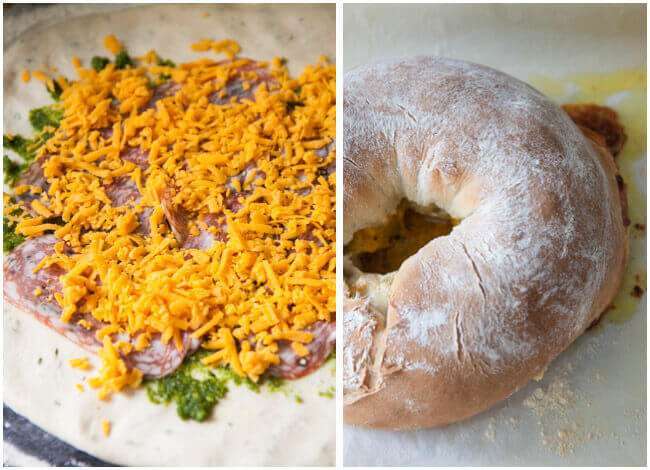 You don’t roll out this dough as that takes out too much of the air but you shape it with your hands in a large rectangle of about 1 cm thick. You then put all your fillings on it and roll the thing up. It becomes quite heavy so have your baking tray close by! Put some baking paper underneath as there will be some cheese running out of the bread so you don’t want to big of a mess in your oven. 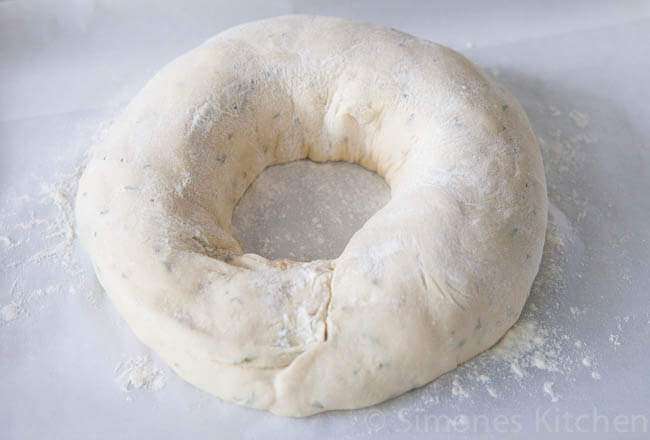 Once I took it out after 30 minutes it smelled totally amazing! And looked pretty good too, making me double glad that I took the time to knead the dough again. You see, I am learning! This is the 3rd (?) or so successful breadbaking I have done in a row! Whoohoo! Yay me… And I have to say, the more I bake bread, the more I love it. And consider I bought myself a couple of kilo’s of flour from I better like it a lot! For some reason I also bought 2 kilo of rye flour and I seriously have no idea why I did that. I will use it but nothing springs to mind immediately… I must have bought it with something in mind though.

We had this bread for dinner not an hour later with the leftovers from our tapas night earlier that week. Not that it needs anything. You can eat the bread without anything on it and it is totally delicious. And I am so gonna make this again with other fillings. Heck, I might even try the egg version at some point! Love it!

And yes, even my non cheese liking Tom loved the bread. He had plenty of it! 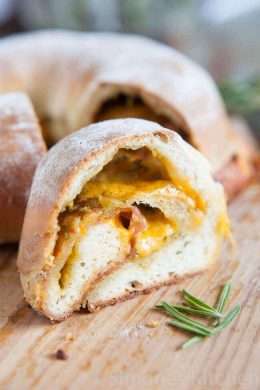 Tortano with cheddar and salami

Author: Recipe adapted from One more slice by Leila Lindholm