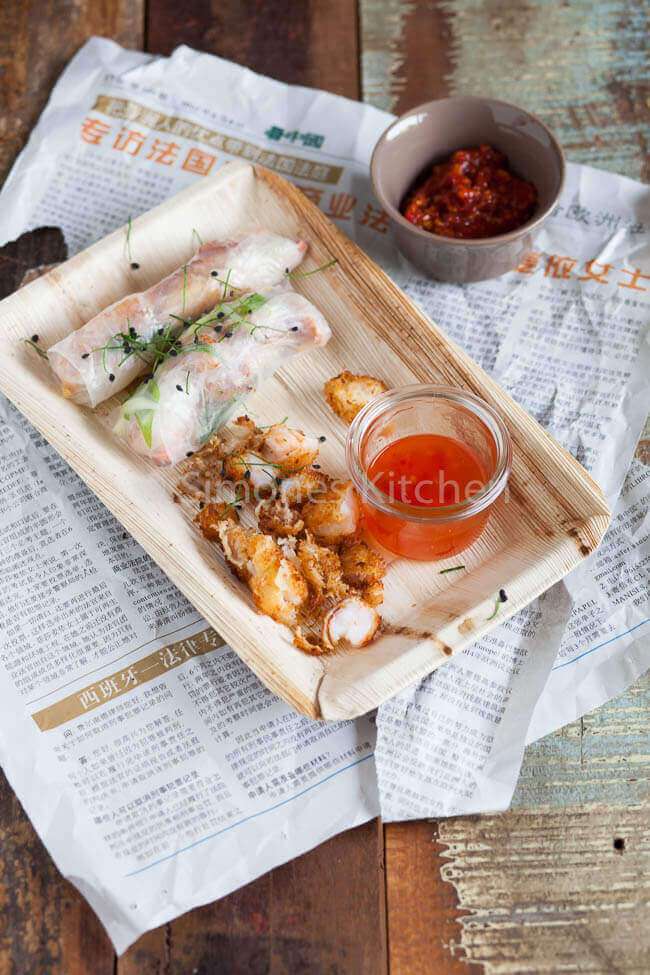 I love streetfood. Whenever we go out and travel to another destination it is one of the first things I check out. So when I saw that this month’s theme for the Monthly Mingle was indeed, all about streetfood, I had to join in. So that’s when I started thinking about streetfood in Holland and came to the sad conclusion that there isn’t much. Looking back at history I think Dutch folks always used to eat wholesome and hearty food, but they always did it indoors behind closed curtains. Maybe partially due to our usually uninviting weather, we didn’t live on the streets as they do in warmer climates. So our streetfood culture – if that’s how you can even call it – exists of a few stalls that sell on markets and such. I don’t count festivals as yes, there is streetfood abound there, but that is not exactly part of culture so I figured I’d have to look at the things that would always be there. 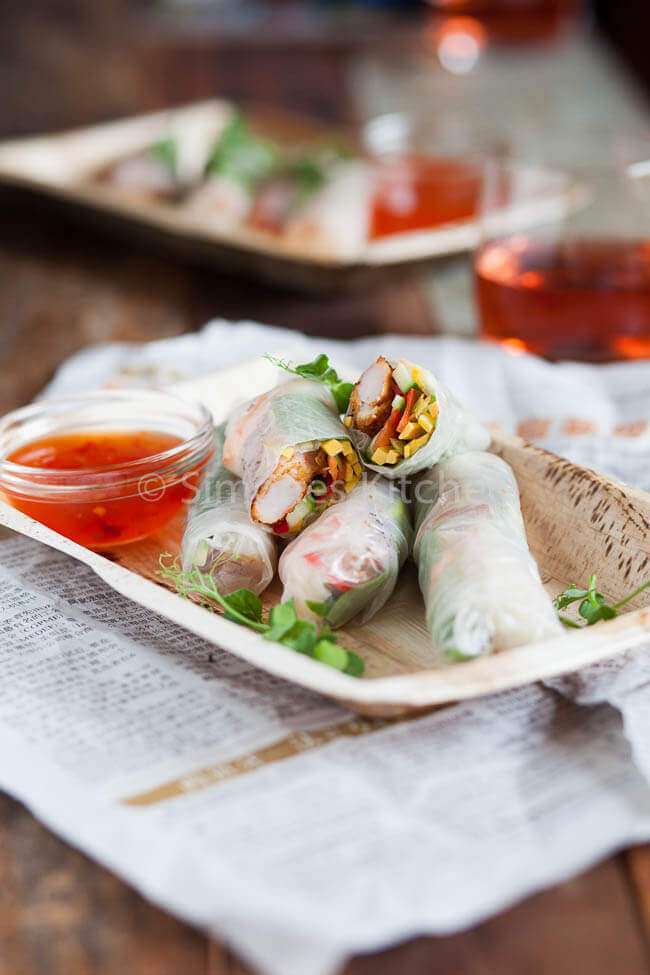 So we started thinking; what is really Dutch and sold on the streets here? Poffertjes would be one thing, herring, when it’s the season, is another typical one. And sure enough there is usually a couple of stands somewhere that sell hamburgers, fries, that kind of stuff, but for some reason I just don’t think that is typical streetfood. So not a big thing here, that’s for sure. One thing we do see everywhere, in every city and on every market is the Vietnamese springroll. Usually one of those typical small cars (see pic below), with a little Vietnamese man or woman in there selling the fried springrolls. With sweet chili sauce mostly. And while not by origin Dutch, it’s still streetfood right? 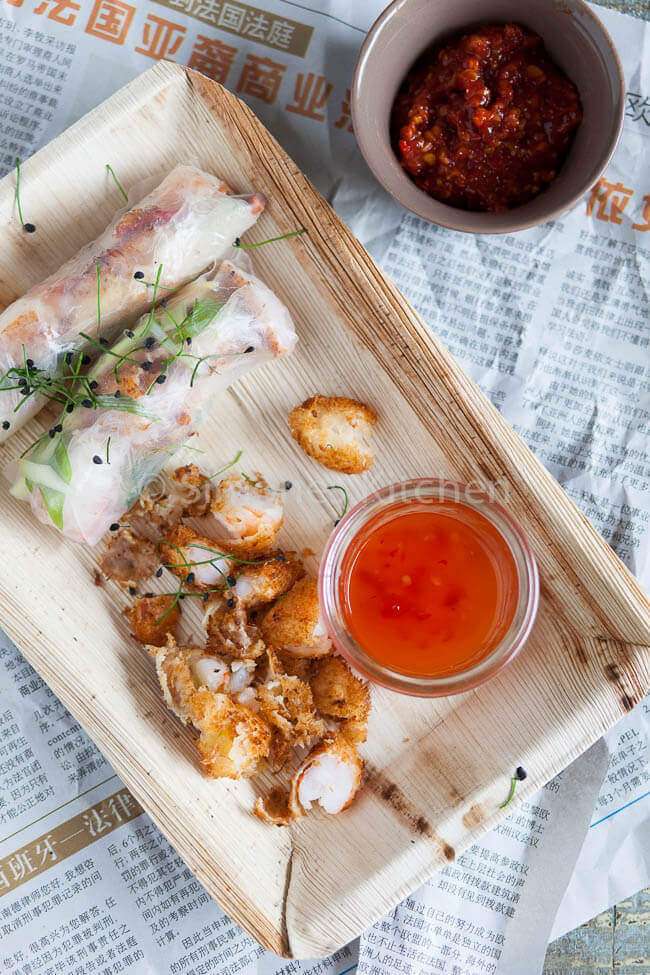 And while I know I have done a couple of springrolls here I had never made any with prawns and since I had a few prawns left in the fridge plus a whole bunch of vegetables I wanted to use before they would walk out of the fridge by themselves. And for me – whatever the origin of the springroll – it is the ultimate streetfood. Healthy, delicious and so quick to put together (not counting all the cutting required!). These babies are no exception to the rule; I baked the prawns in a mixture of coconut, panko and lime, let them cool of a bit and then cut them into chunks to be included into the springroll. Tom had been doing all the vegetable cutting (well, don’t feel sorry for him, I was taking out those horrible poopshoots from the prawns 🙂 ..) 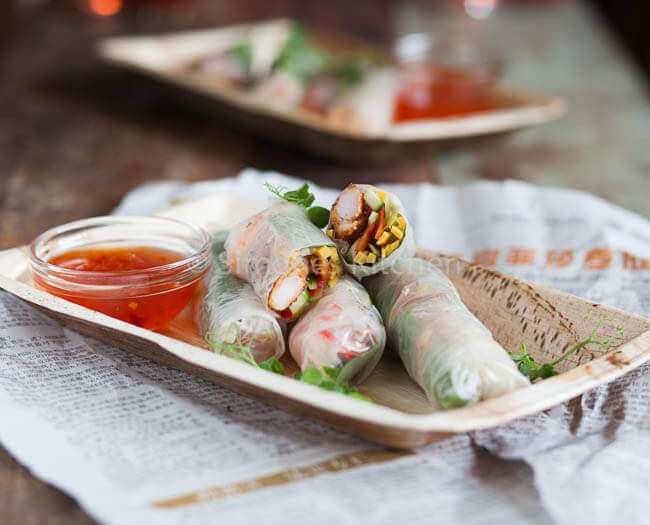 So nothing new in particular but that doesn’t mean it is not very very good. I am submitting my prawn springrolls to the Monthly Mingle which is being hosted by the fabulous Zizi from Zizi’s Adventures whom I had the pleasure of meeting in real life during the London Foodblogger Connect in 2011. Monthly Mingle is the brainchild of Meeta from What’s for Lunch Honey. 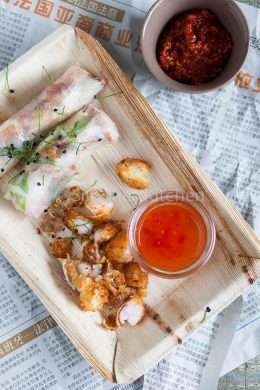