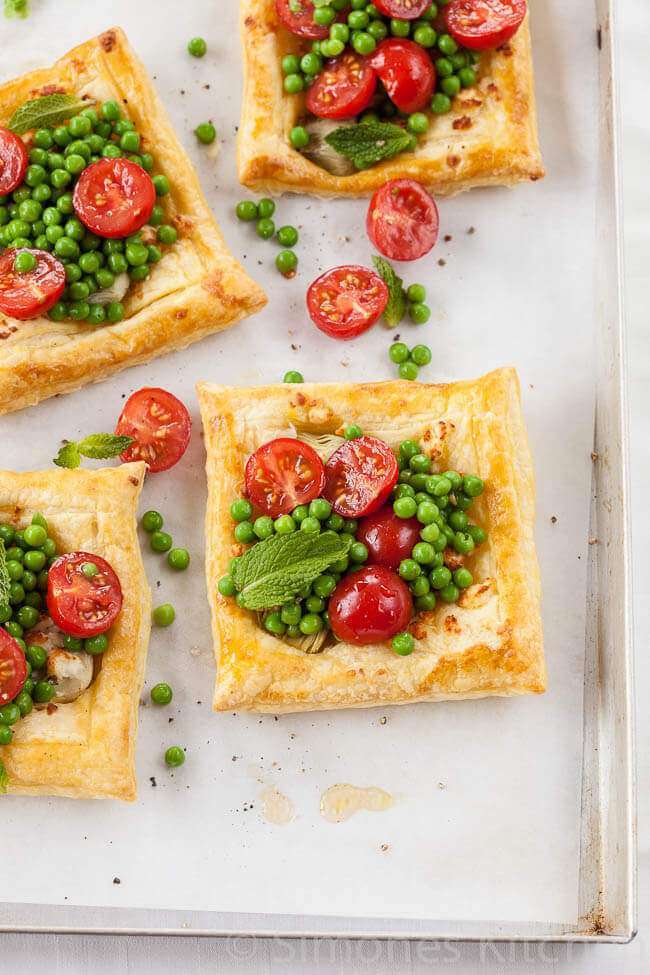 While I think some of the last couple of challenges where… well quite challenging… I think I may have picked a very easy one this time..:) So I would almost say that there is no reason not to participate this month!

For the new Donna Hay styling and photography challenge, number 7 already, I picked a recipe from the most recent Donna Hay magazine nr. 61. Photography is by William Meppem and Styling by Steve Pearce. For the past couple of months I have gone for dark and moody shots (to fit the season), rather then the signature Donna Hay style which is light and airy. I was in the mood for spring however and when I saw this gorgeous shot I could not resist. 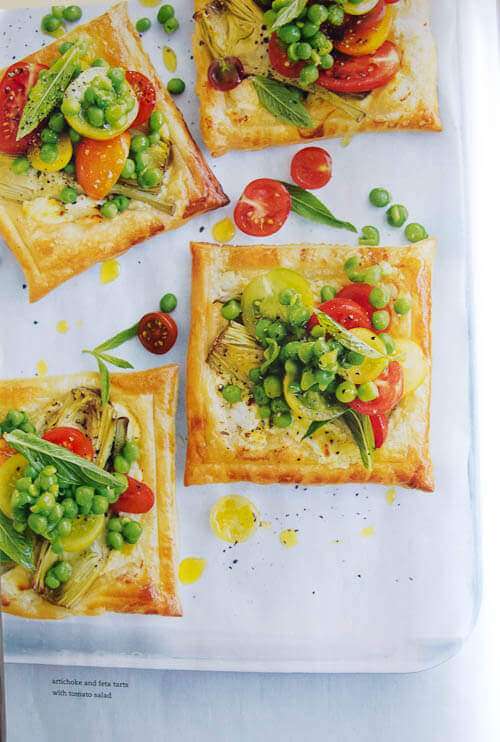 Smaller but better version of the original by William Meppem

So this is a fairly simple challenge, certainly compared to the ones we had previously but maybe it’s good to throw in an easy one for a change, to give you all some room to breath. It does not use a lot of props other then baking paper and a baking tray so in terms of prop shopping it’s easy too. I’ll show you a shot of my setup as well, so you have an idea on how I lighted the scene. Basically I had daylight coming from behind the subject and from the left with fill in with a large silver reflector from the right. 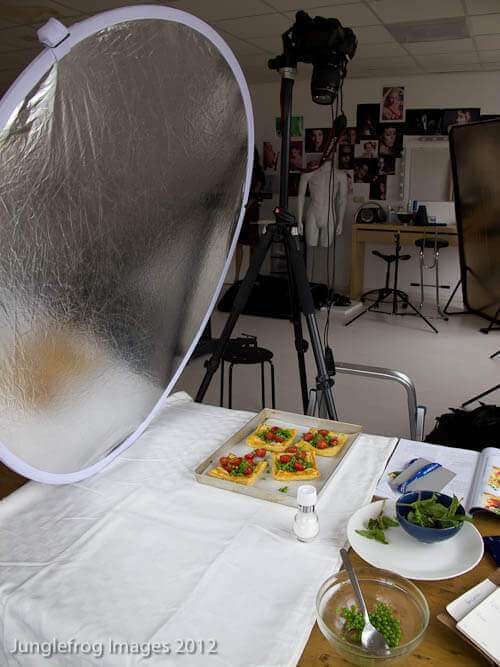 The light on this particular day was soft and cloudy so perfect really for a shadowless (more or less) photo. You could even go as far and place all the peas on the same spot but that was maybe a bit stretching it, so I left it the way I liked it. I also did have yellow tomatoes but for me that is not a huge difference so use whatever tomatoes you have. 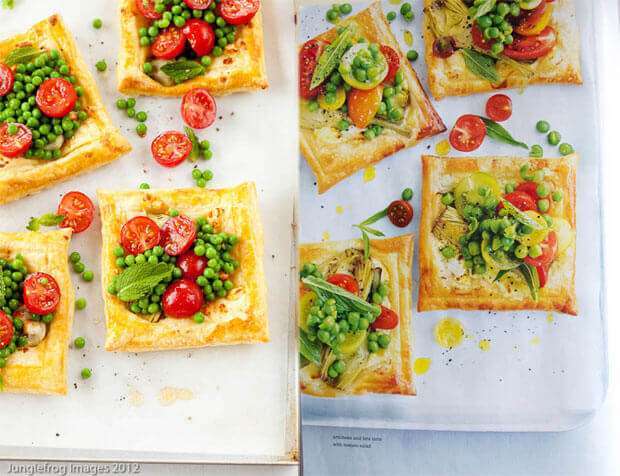 Now on to more pressing matters; we have a fantastic judging panel in place for the new challenge! I’m proudly presenting the following three awesome foodbloggers and awesome photographers/foodstylists.

Kay from the famous Kayotic Kitchen and a fellow Dutchie is a great photographer and has the amazing ability to do step by step shots for each and every single dish she makes. Hats of from me there!

Meeta from the equally famous What’s for Lunch Honey needs no further introduction if you come here more often. She’s not only a dear friend but also a very talented food photographer and foodstylist.

Then last but not least we have Jenn from Jenncuisine. Jenn has been participating regularly already from the first challenge and has won three times! So to avoid her winning anything else I thought I’d ask her to be on the judging panel..lol.. . She’s a great photographer and stylist as well.

So with that our judging panel is complete. The judges themselves are allowed to take part in the challenge as well, but they cannot win obviously. But it’s still fun to participate so didn’t want to take that away from anyone. Enter your links via the below Linky Tool! 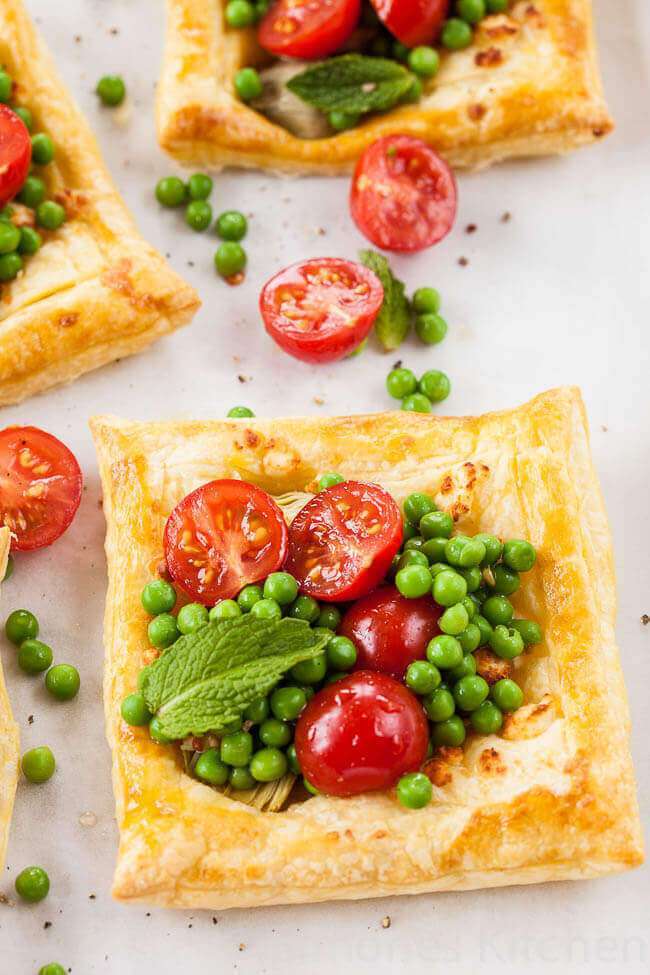 You can find all the rules for the challenge on the special DHSPC page. As for the logo; I previously used the official Donna Hay logo but I was kindly notified that that is not allowed, so I changed it a bit. If you have the old logo, please use the new one from now on.. 🙂

The Donna Hay team has kindly offered to share some wonderful prizes with us so the winner of the new challenge will receive a beautiful Donna Hay cookbook. it’s one of the two latest ones. I haven’t received them yet but will share that later as well.

Once the winner is decided upon by the judges I will ask the winner for his or her homeaddress to ship the book to.

So now all that leaves me is to share the recipe with you here and it’s a delicious recipe for sure, so if all else fails you still have these delicious tarts!

As usual; dietary changes are allowed! 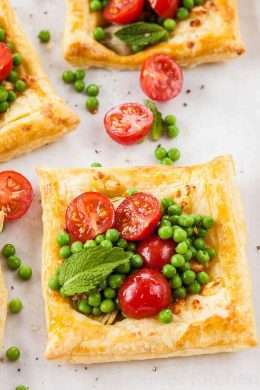