Recipe by ingredient » Grains » Pearl barley with tomato and feta

Pearl barley with tomato and feta 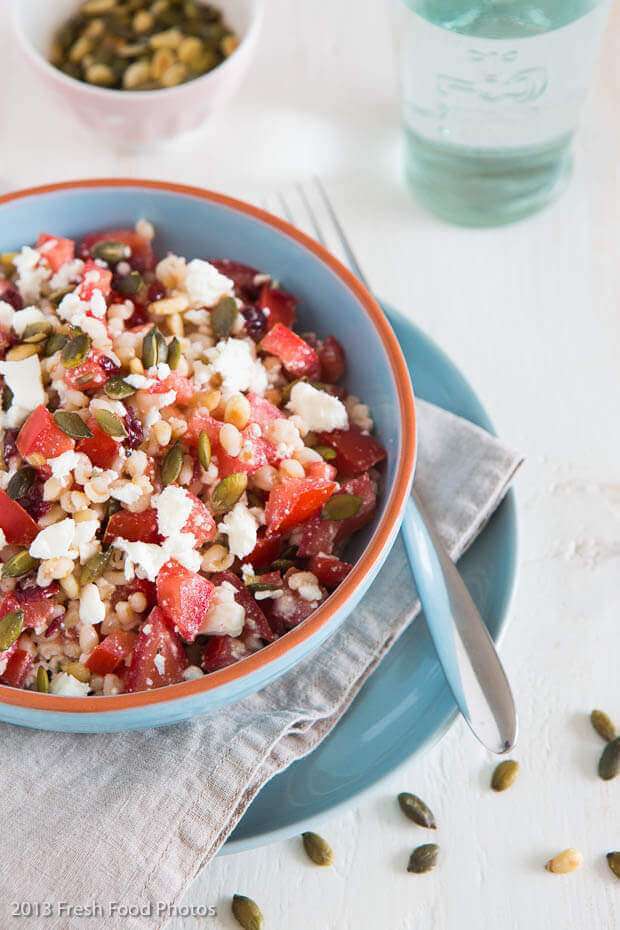 Delicious and healthy salad with barley, tomato and feta

Sometimes – every so often – a good meal is just a series of coincidences… I had been planning on making a salad for lunch using leftovers that I had in the fridge. Getting rid of all we still had just before heading of for three weeks… Seemed like the sensible thing to do. However, some of the goodies in my fridge were in less then perfect shape and had to be tossed into the bin instead of in my salad… ;( I had planned on pomegranate, carrot and some other greens in the salad but it was just not meant to be. 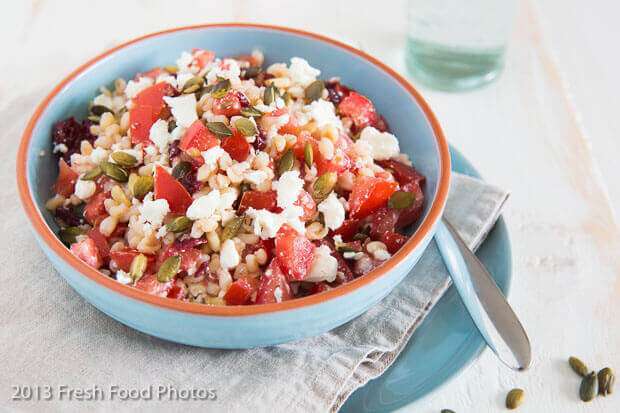 Instead I used all the stuff that was still edible, tomatoes, feta and some dried cranberries I still had too. Tugging into the salad I realized how good this really was! With the pomegranates and the carrot it would have been a completely different salad, but this was just as good, if not better, then what I had originally planned. I love making up salads with whatever I have on hand. In this case I used pearl barley for the main ingredient which I love for it’s texture and taste. If I had the choice I would have gone for spelt which I love just a tiny bit more, but this would be good with some leftover rice, couscous or maybe even with some pasta if you’d had some. 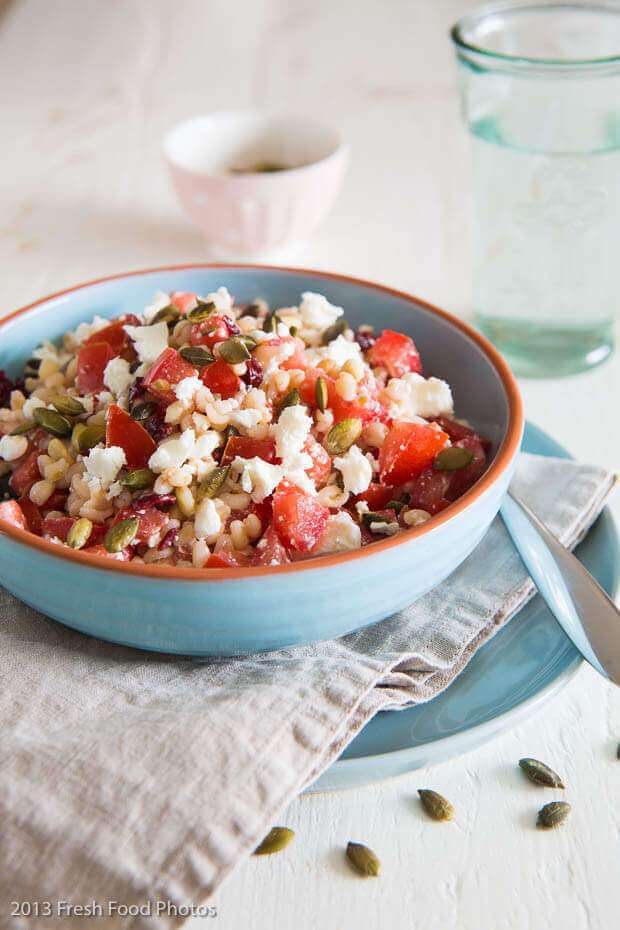 For the next three weeks I’ll be enjoying a lot of Asian food, so I’m pretty sure I’ll come back filled with ideas for new dishes. I’ve decided to go completely off line for the next three weeks, with maybe just the occasional instagram here and there, but don’t expect to hear from me much! Initially I thought of bringing my Ipad and checking in regularly but in the end I will end up working. I know how I am and while it makes sense in a way to never be fully offline when you’re self employed, I also think that taking the time to truly relax is important too!

In the meantime I hope you’re all gonna work on your entry for the homemade photography challenge as you still have until the end of this month to complete it. I already know what the next challenge is gonna be and while not wanting to spoil the surprise it has vaguely something to do with our trip.

Enjoy and I will ‘see’ you again beginning of March! 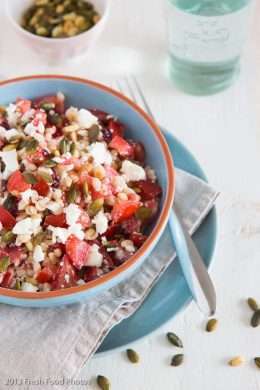 Pearl barley with tomato and feta