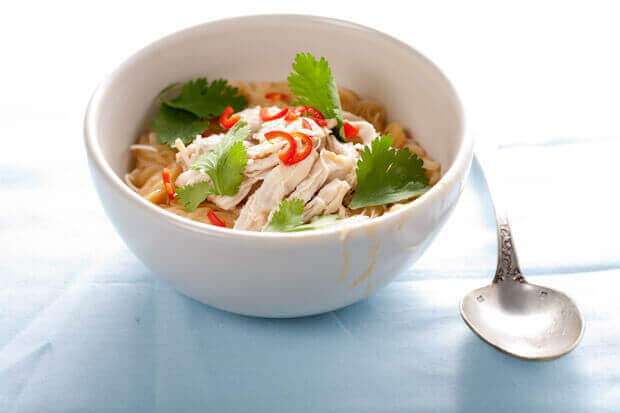 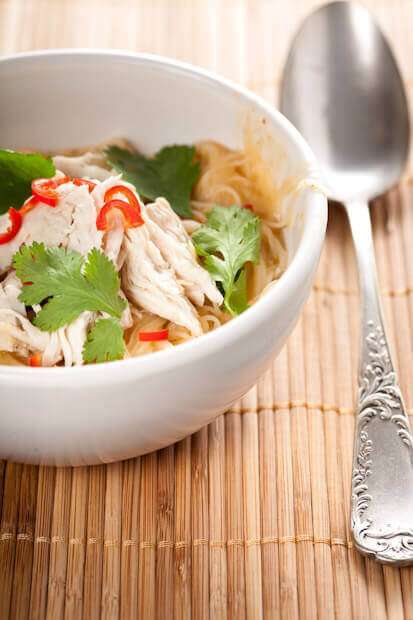 Ah…eh…ok, I admit I was not really focused this afternoon when making this ‘noodlesoup’. As you can probably tell from the image above there is really not a lot of moisture left as I believe I didn’t use enough chicken stock… or at least I think I didn’t use enough as there wasn’t anything left after the chicken had cooked and the noodles had cooked in the same liquid afterwards. It was still quite tasty, although on the salty side, but still a good lunch…. Where did it go wrong..?
I’ve managed to buy a few more Donna Hay books which I totally love! They’re not easy to find here in Holland as there are only a few stores that have the magazine and only a few stores that carry any of her books. Either that or they are sold out before they hit the shelf. In any case; I managed to find two new ones last week. One being her chicken book and the other is called ‘flavors’.

This recipe comes from the chicken book and tonight I will be making another chicken recipe but this time with pasta and I better pay attention!!
You see, the problem was that I was cooking in the studio, which is not something I do very often, but I was setting the table to be able to make the shot before eating the food, so I was busy deciding what tablecloth to use, which spoon (don’t you just love my old spoon!!!??) to use and should I use the bamboo or just the plain blue tablecloth? And in the meantime my ‘soup’ was cooking. I actually think – while I am writing this – that I probably left it too long as I haven’t exactly paid attention to time. Shame on me…! 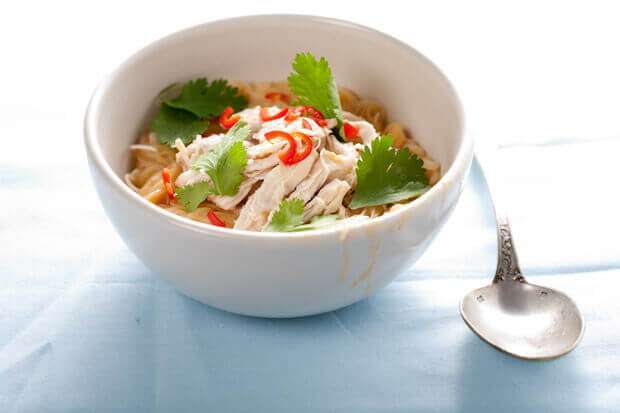 For those of you that want to do better then me (and that is certainly not hard in this case) here is the recipe!
Keep in mind that it is a recipe for 4! 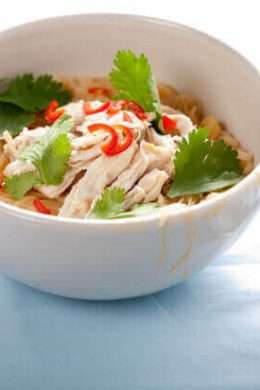