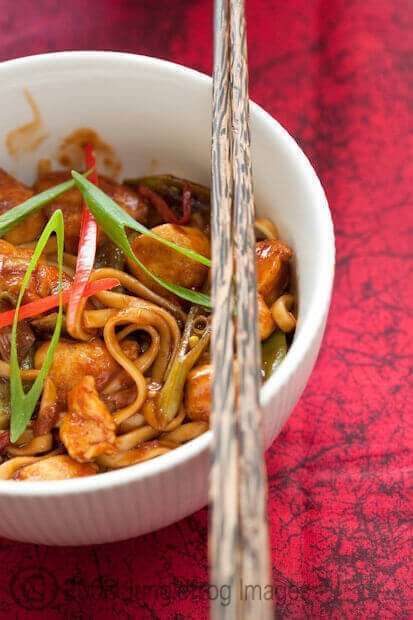 I wasn’t planning on shooting our evening meal but due to a slight form of miscommunication it turned out I had to eat alone as Tom was going to his grandma first. She had a bit of a nasty accident involving grandpa and a car… I won’t go into the details but it’s not pretty (not in a lifethreatening way though!) and hopefully she recovers soon!!

I was leaving through some issues of “Olive” this morning looking for inspiration on what to eat for the evening that would be quick and healthy and preferably light. Now during most weekdays I find a meal has to be quick. I just doesn’t make sense if something takes 2 hours to cook as I never know exactly when Tom will be home and I hate for the food to go to waste, plus that after a long day of work, I like the cooking to be done quick. Ever since I am now my own boss I also cook a lot of stuff during lunch, so in terms of cooking hours… enough is enough. Haha…

I just love noodles and asian food in general (just bought the new book from Ching-He Huang, called “Chinese Food made easy” which I believe is a series on the BBC. Can’t wait to make something out of it!! 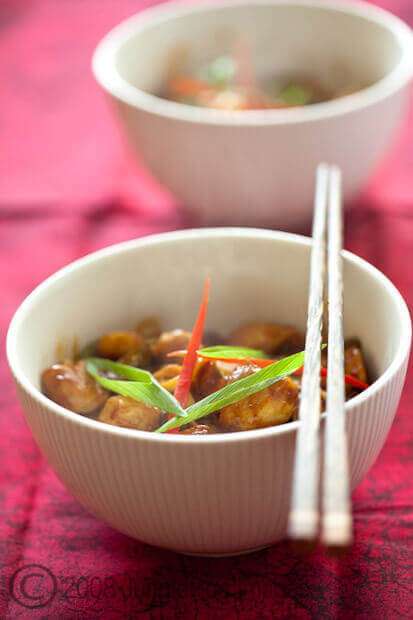 What I cannot stand by the way is that there is apparently a foodchannel on tv, but we cannot get it. We do have digital tv with all sorts of completely useless tv-shows (such as fashiontv, with endless parades of fashionshows, reality tv (don’t we have enough of those on regular tv), 25 different sports channels (???!!!WHY??) so why can we not have foodchannel on there?? Isn’t food the thing that the entire human population keeps going? So it should be there in my humble opinion. Where was I?

O yes, quick and easy; I found this chicken noodle recipe with lemon. Now Tom is not so fond of lemon but I am so sometimes he just has to suffer… You know how Jamie Oliver just throws a lemon in almost anything he does? We watch cooking shows together as we both like to cook and then every time Jamie gets a lemon, we joke about it… Which is very funny, but not if you write it down.. O haha… sorry, that is just a lame story!!

Back to the noodles; I figured I would take a photo of it since no one was waiting for it, but me. What I love is that the light is already so much better now! I took these shots at 6.14 PM and it was still light! In fact it is still light now and it is already 7. Light is fading fast now though, but it was a lovely sunny day and I even did some gardening work in the afternoon already!

I keep getting sidetracked from my noodle dish though… I changed a few minor details in the recipe to suit whatever I could buuy. The recipe called for mange tout, but I had never heard of it and looking it up on the internet it turns out to be some kind of bean, but obviously not one that you can find here, so I used sugarsnaps instead. It’s a lovely and very tasty dish and absolutely done within 20 minutes, so if you’re in a hurry you could still make this dish!