Rosemary, a herb with special taste and rosemary syrup 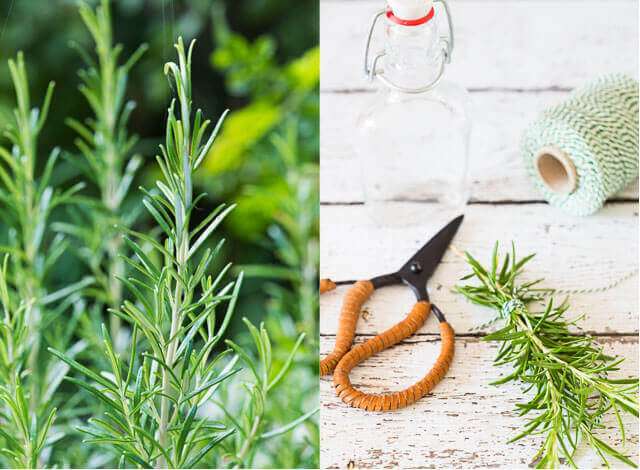 Rosemary is one of those typical herbs that everyone knows, but once you ask them “describe the taste of it?” only a few will be able to answer that question.

In other words: it is hard to explain. I always say that rosemary is one of those typical Italian flavors.

Like many herbs, rosemary is also known for centires and while the Egyptians saw it as holy, the green plant was a symbol of friendshop and loyalty with the Greeks and Romans. 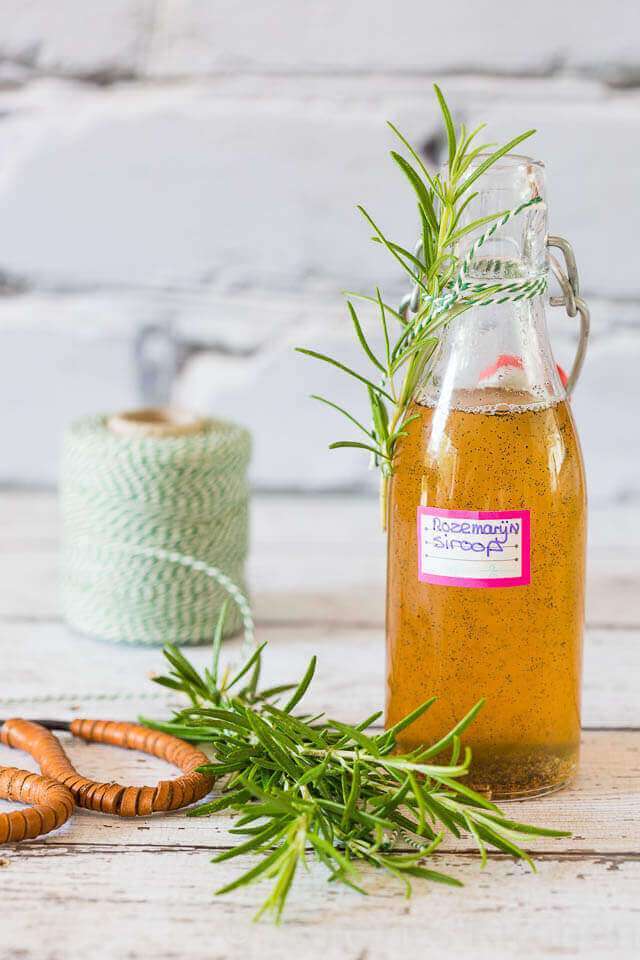 Ever since ancient time roseymary has been seen as a means to prevent memory loss and it has been rumoured to help protect against Alzheimer as well.

From the flowers they would make a kind of oil that was used as a painkiller and gurgling with rosemary tea would help aleviate any sore throat you might have. Rosemary is used a lot in the Italian kitchen but in general you will find it a lot in mediterranean cooking.

Next to the needles of the plant, you can also use the flowers and the woody sticks for various other things. The flowers are very pretty in sweet dishs (for some extra flavor in whipped cream or coated with sugar as a garnish) and ofcourse as delicious addition in salads.

The needles are used to season meat (all kinds) and also potatoes (especially the baked ones!) and give them  a delicious extra flavor boost.

The combination of garlic, rosemary and lamb is a classic and a gift from heaven!

But rosemary would also be a good addition to a good herb butter and as an extra taste-bringer in various red sauces.  The sprigs are perfect for adding some flavor in your BBQ by just tossing them on the coals or why not use them as skewers to stick your sate meat on? 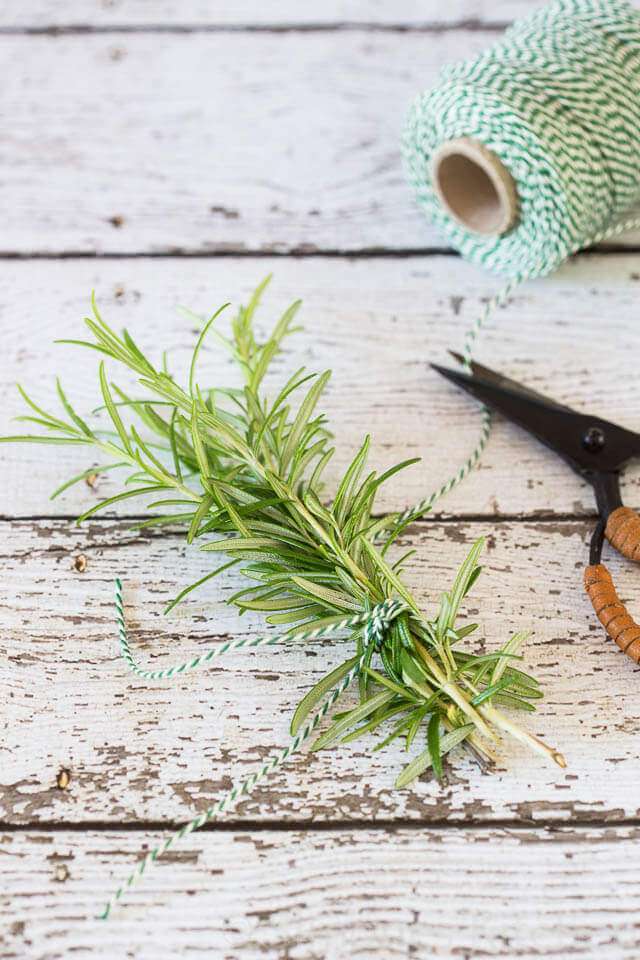 And because it is one of the few herbs that can withstand high temperatures without loosing too much flavor it is also perfect for stews.

Add a sprig of rosemary to your vegetables while boiling. Especially cauliflower and rosemary work great together. For some inspiration I am naming just a few uses of rosemary, but – of course – feel free to go wild and experiment. And let us know what you made too!

Rosemary oil is nice and easy to make yourself. Wash the rosemary under running water and dry with kitchen paper. The washed sprigs are best bruised quickly with a knife to release the aromatic oils, add them into a bottle that can be sealed and fill with oil. After about a day or four the oil will have gotten a subtle but delicious rosemary flavor. Beautiful in salads. Of course you can use the same method to make a pretty rosemary vinegar.

Another super easy one; rosemary salt; coursely chopped rosemary mixed with seasalt, put into a pestle and mortar and grind together. Put in a pretty jar and you have a great salt to season your meat (or a nice gift too) Don’t feel scared to add some peppercorns or other spices to make your own ‘signature’ salt mix.

And as a sweet inspiration I have here the recipe for rosemary staranis syrup! 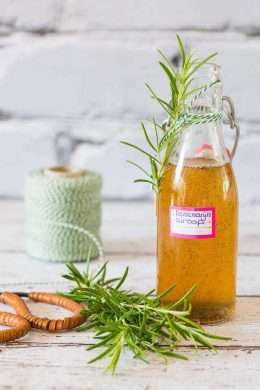 4 comments on “Rosemary, a herb with special taste and rosemary syrup”