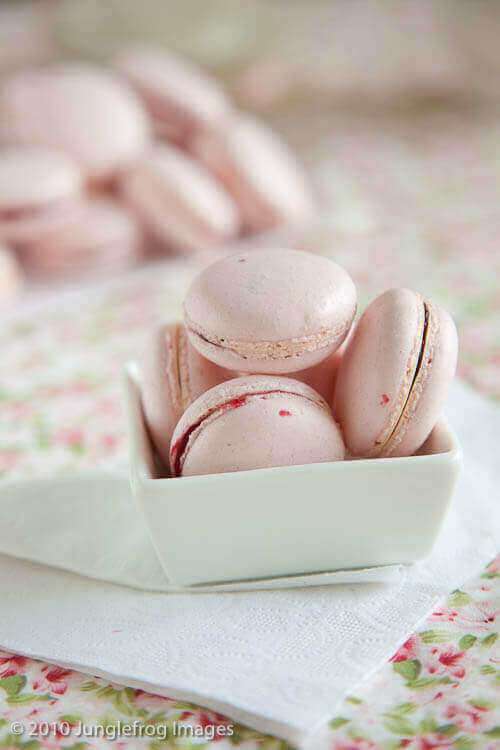 O, it was sooooo long since I last made macarons!! I actually had to look it up how long ago it has been and it was – I kid you not – december of last year!! Unbelievable! I made lavender macarons at the time and they were fantastic so why o why did I not make any others..? I have no reasons whatsoever, other then maybe fear of another failure… 🙂 But when we did our patisserie course (which is now finished) at Douglas Delights, I think we decided in the first lesson that we definitely also wanted to do macarons in the lesson about cookies… And so we did… Carle used a totally different method from the one I had used previously, but I love the end result, so I will definitely be trying this again at home. I will tell you all about it 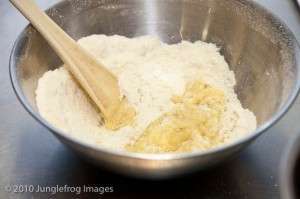 But first let me tell you that I will also dedicate this post to Pink Ribbon for the Mac Attack of this month. You all know the Mactweets website, don’t you?

The wonderful Mac-dominated site set up by the lovely Jamie, from Life’s a Feast and Deeba from Passionate about Baking. I have been following the blogs of both these lovely ladies for quite awhile now and besides being passionate cooks and bakers, they are also wonderful women. You’ll see if you visit their beautiful blogs!

Now by pure coincidence the Mactweets challenge for this month was for Pink macarons in support of Pink Ribbon, since October is the Breast Cancer Awareness Month. I think a lot of us have probably been touched by cancer at some point in our lives, as I believe at the moment the amount of people getting any form of cancer is one in three. That is a truly dreadful number. In the past year we have lost several people close to either us or to our friends to cancer and I truly think it is one of the most horrible diseases out there. Breast cancer – if detected in time – is one of the cancers that has a 98% survival rate, which is high for cancer, but detecting it early is therefore of the utmost importance!

So in support of the Breast Cancer Awareness Month, this month is all about Pink macarons or as Jamie and Deeba call it ‘PINKARONS FOR PINKTOBER”!

Am I cheating a little bit if I did not truly make these macarons alone? But they are pink, right? 🙂 So I thought I combine the two and cheat just a tiny little bit.. 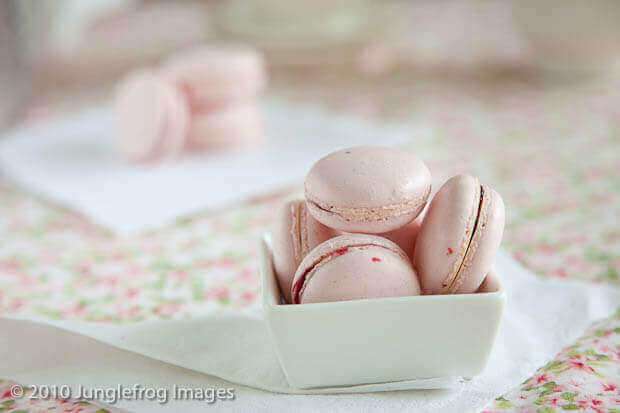 So what was so different from this method? The very first time I made macarons I used the so called ‘Italian method’, also referred to as the warm method and failed completely. I think I managed to have a few macaron-shells that were not broken, but the majority ended up being one big lump of broken pieces… Still tasty but hardly what you can call a succes. I have since used the famous “French” method or the one where you use cold eggwhites as opposed to warm. If my memory serves me well, the method that Carle was slightly different again, but it worked wonderful and seems to be less fragile then the French method. 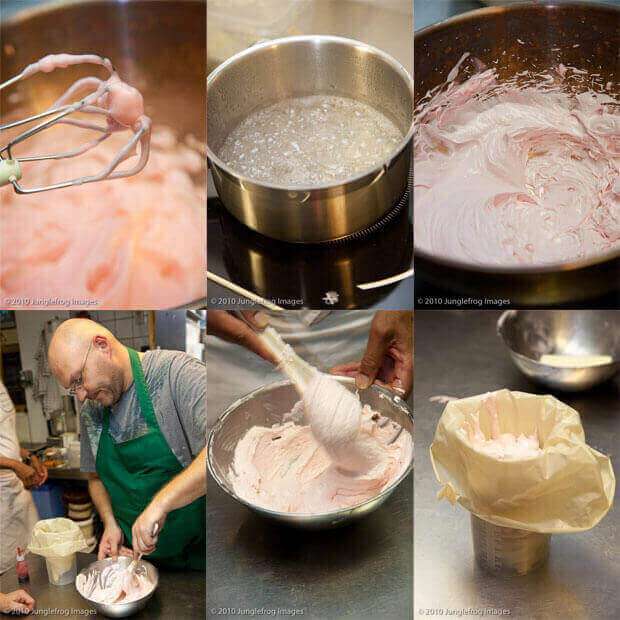 Let me start by giving you the recipe that we used: 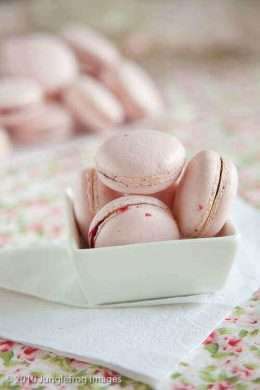 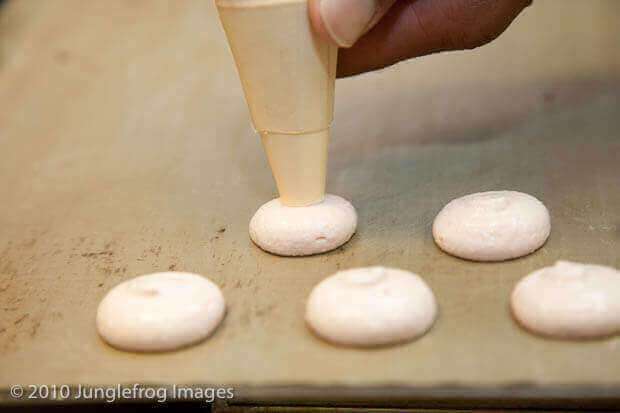 Piping the macarons on the baking sheet 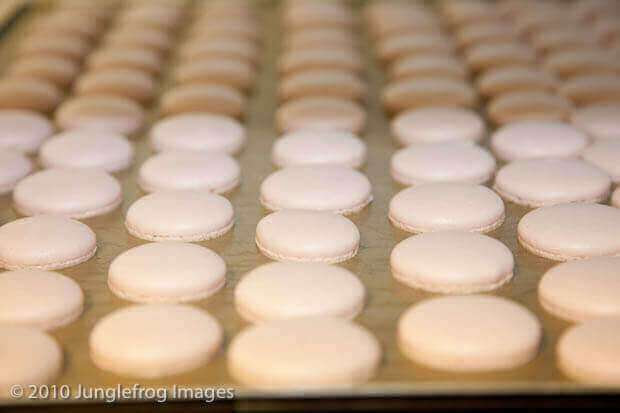 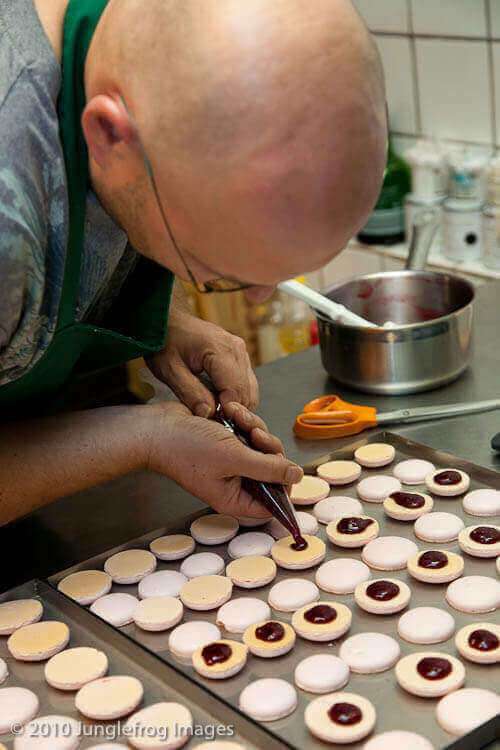 And not one, NOT ONE, macaron was broken, cracked or otherwise not perfect. Well, that is not true; some had a very big size and others were tiny, but that was our not so expert piping… Otherwise the macs where just beautiful. I think we left out putting the ground almond through a sieve which account for a not entirely smooth surface, so make sure you do that if you want to have a smooth skin. But did you see their beautiful little feet?? 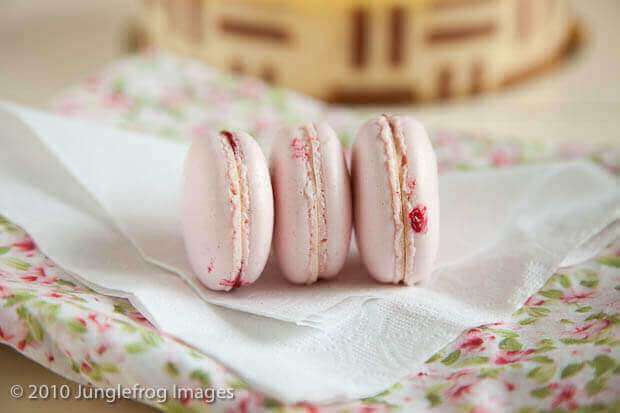 I’ve got all inspired to make more macs, so expect to see more of these beauties very soon! O, just for the record; we used eggwhite from a carton and not fresh eggs. If you live in Holland, apparently the brand to get is van Tol eggwhites as Danegg for some reason seems to be less effective when it comes to making macarons.

And then to finalize it, here is the Mactweets logo!