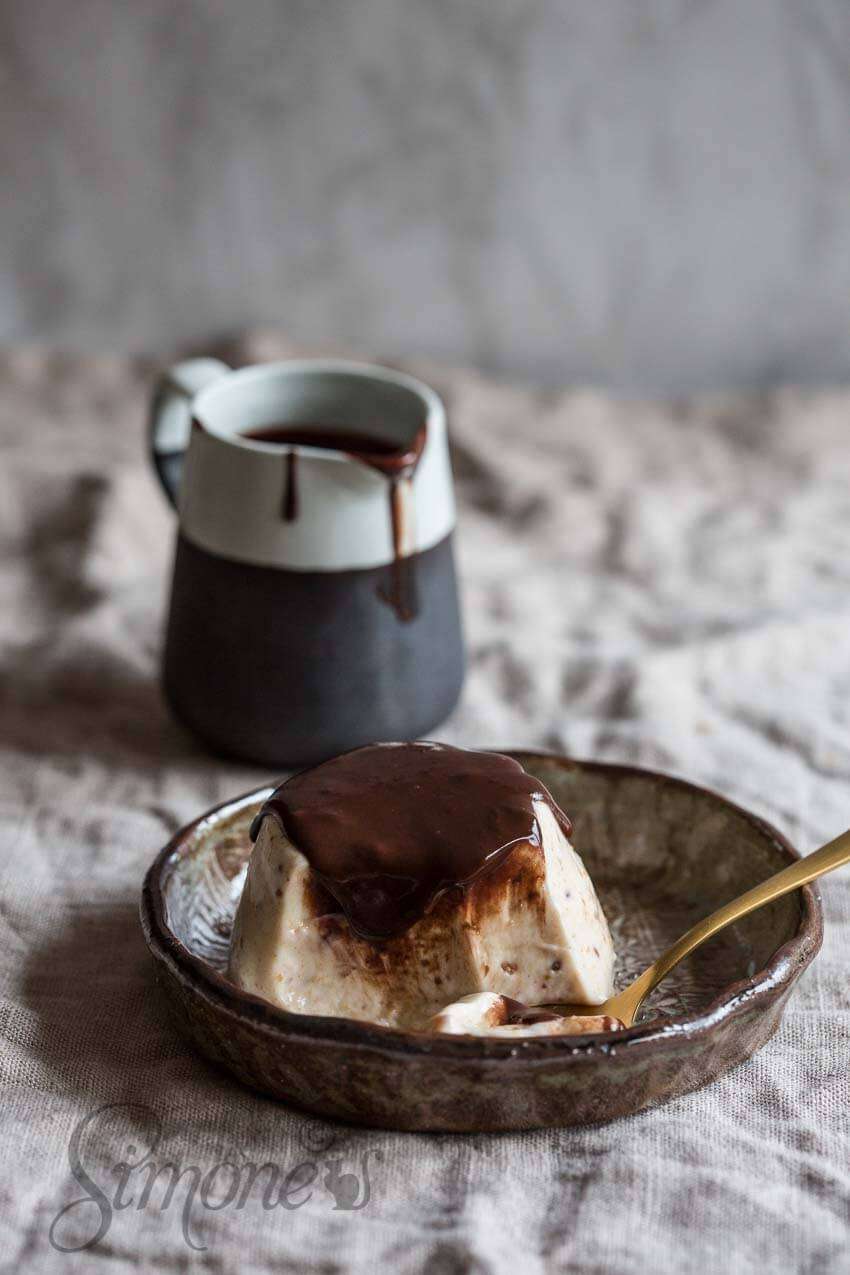 One of my most popular recipes on the site is the peanut butter cheesecake from Nigella. It was an odd one as it is so heavy that just a tiny bit of cheesecake was more than enough for me. However, all men that tried it could easily devour an entire big piece. So not sure what that is all about but it was a weird fact. Tom would call it a real dude-cheesecake I’m sure. 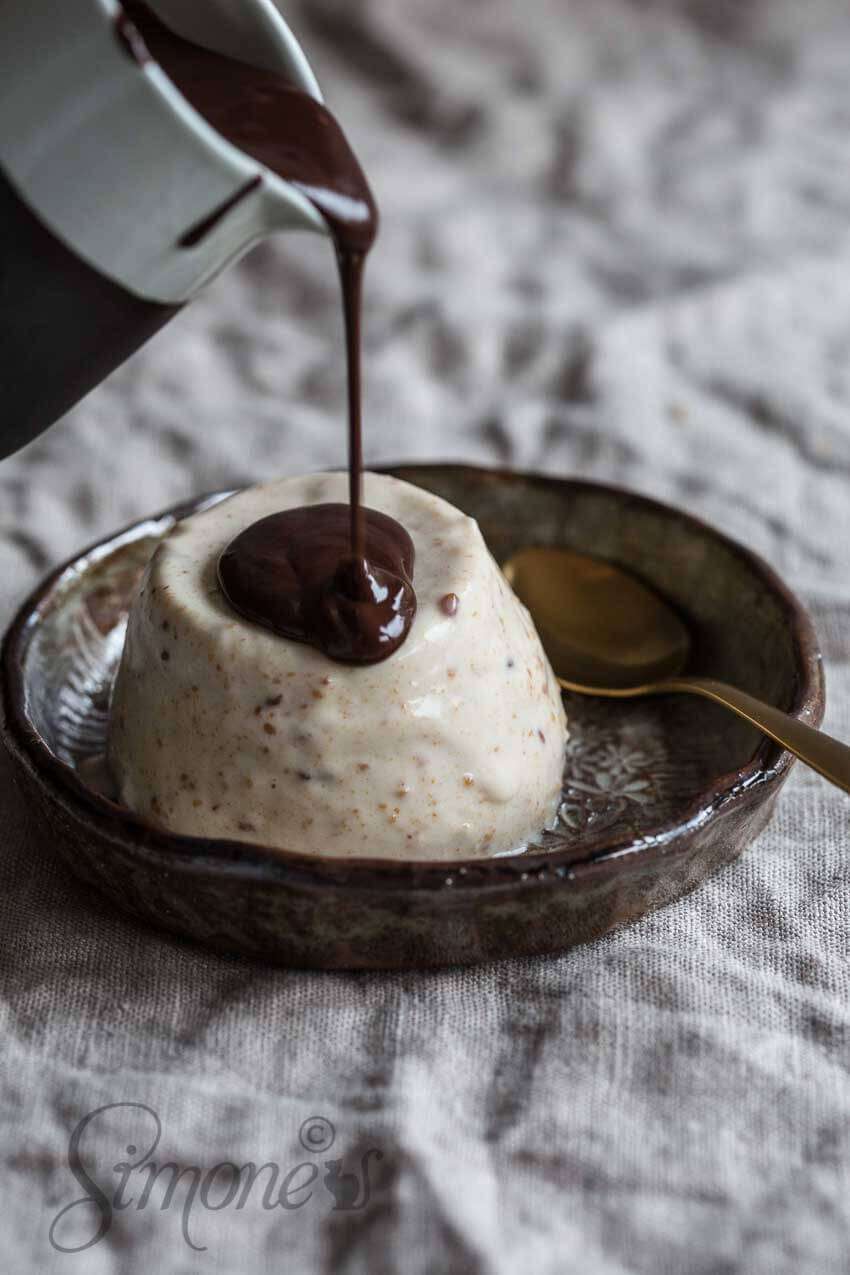 However, the flavour combination of chocolate and peanut butter is of course one that is just meant to be. And than it hit me, why not try a panna cotta with peanut butter? I like panna cotta as it is a fairly small dessert and since I usually half the amount of cream and replace it with yogurt it is not as heavy as you might think. So I tried it yesterday and damn, that was good! It does sound slightly weird to have peanut butter in a panna cotta but it works. 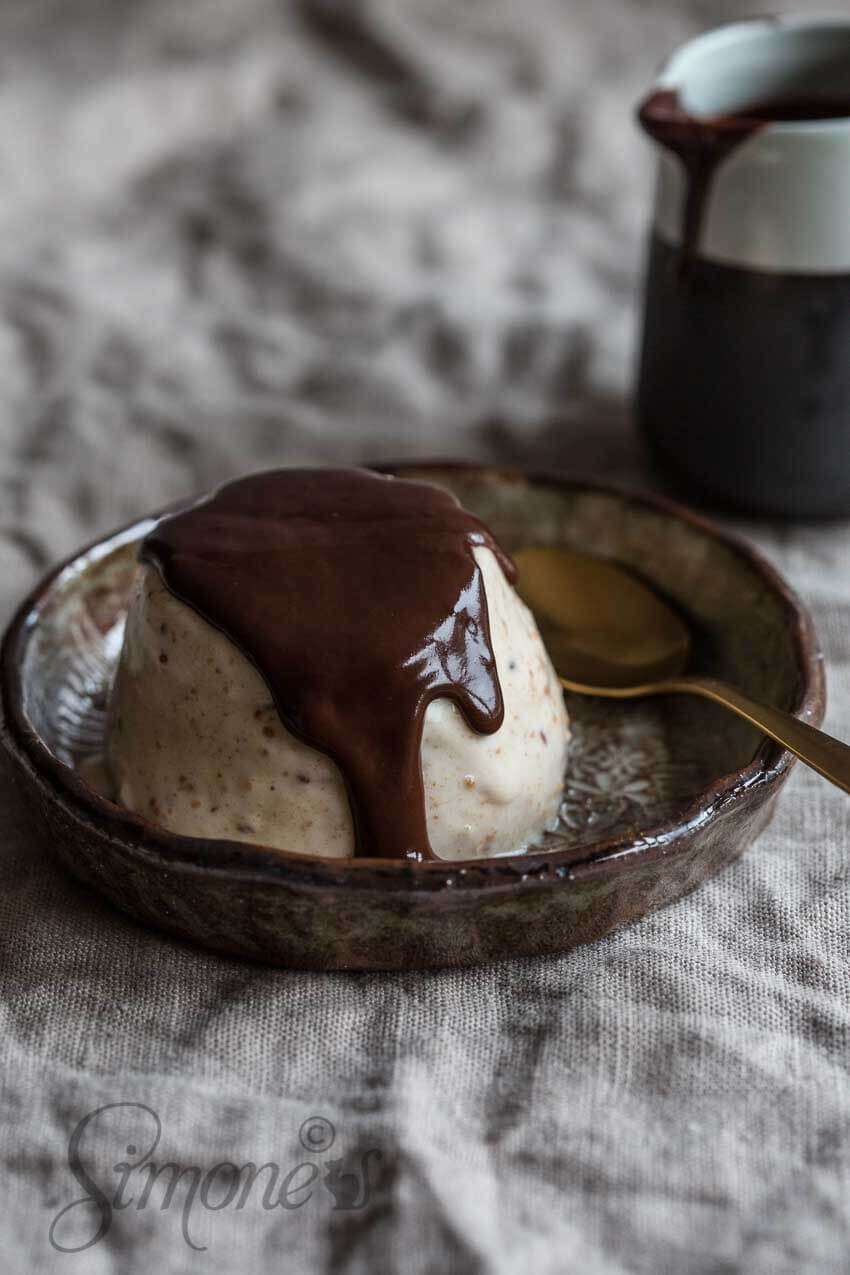 The chocolate sauce is a must here as it balances the combination perfectly well. I loved it and it got a big thumbs up from Tom as well. I chose to use the peanut butter with little bits of peanut inside to add a bit of crunch to it. I was a little bit afraid that it might split, but it didn’t. 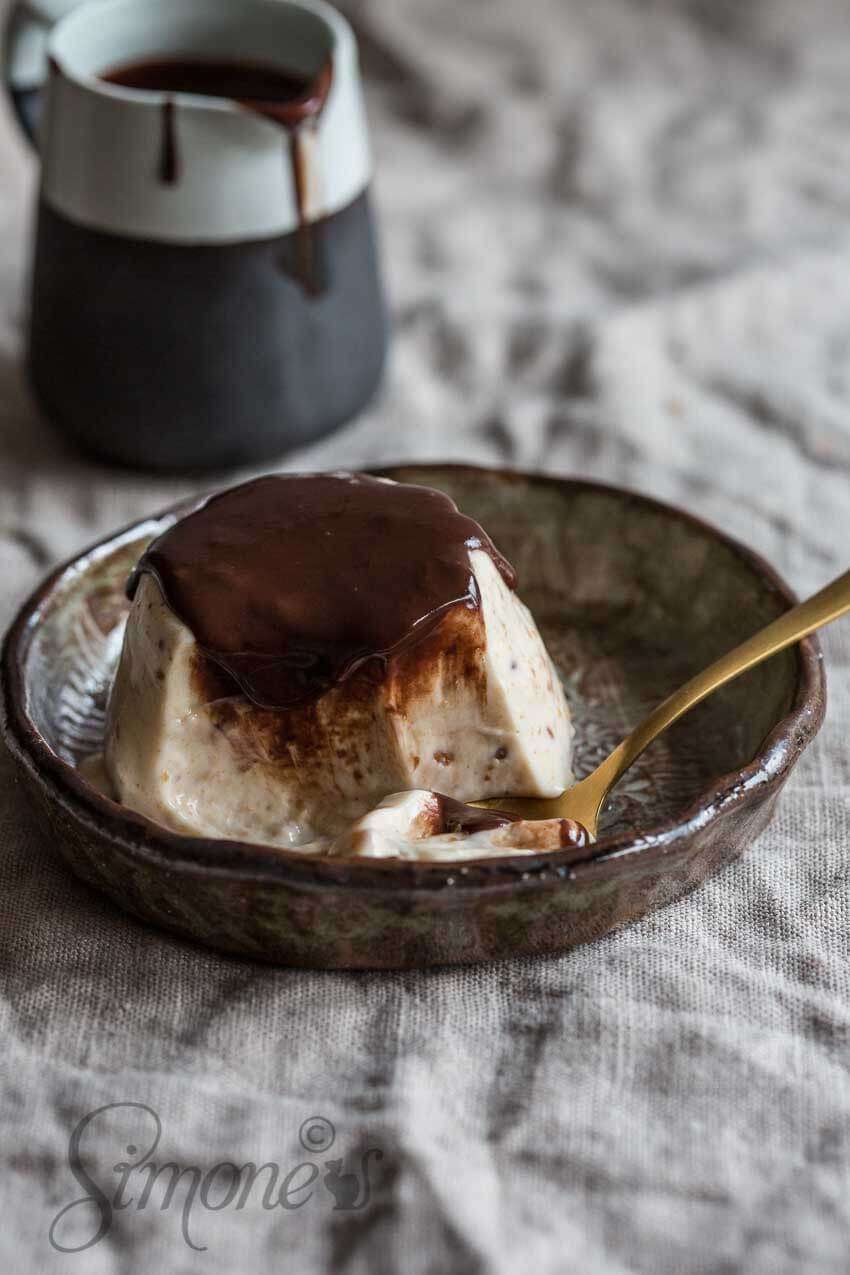 I tend to normally make my panna cotta’s with fruit-flavours so this was rather different. Better suited for the colder months plus now I just have to go and try a savory panna cotta next. It’s been on my to do list but haven’t worked out which flavors would work. So more on that at a later stage! For now just go and try this baby! 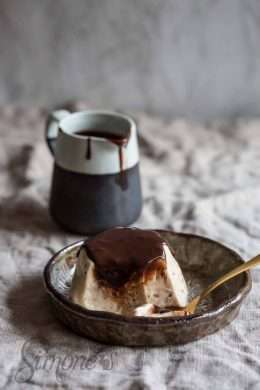 One comment on “Peanut butter panna cotta with chocolate sauce”