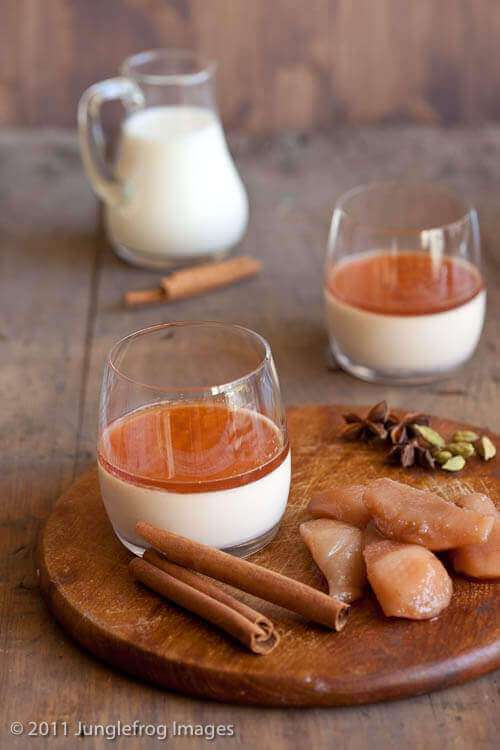 For some reason pannacotta has the name of being a difficult dessert… But to be honest they don’t come any simpler than these! Making the dessert is literally just ten minutes of your time. The waiting on the other hand takes anywhere from at least four hours. What can go wrong with pannacotta? I think the biggest hurdle is the fact that it is not set enough. If I make a pannacotta and am a little stretched for time I will just put it in a glass. Like I did here. 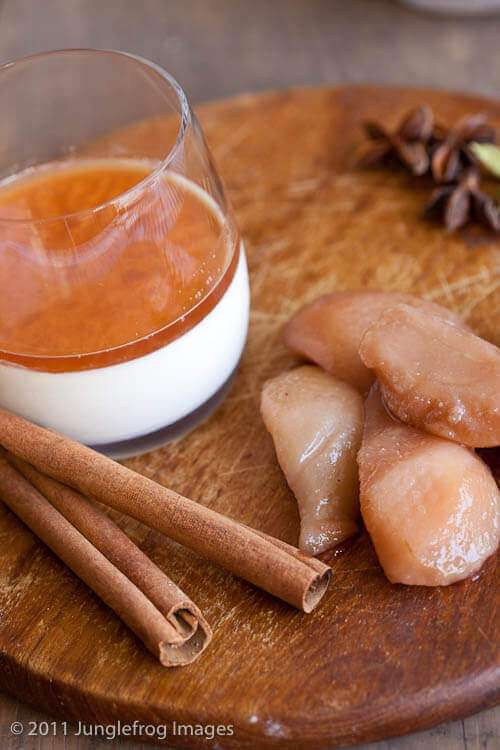 It saves you having the pannacotta collapse at the moment you turn it over. I don’t like too much gelatin, so I never use more than 3 sheets of it. And that means that you will have to give it time before it is properly set. At least four hours and preferably the whole night. Ideal if you have guest because you save yourself the stress of a last minute dessert and you can make it the day before! 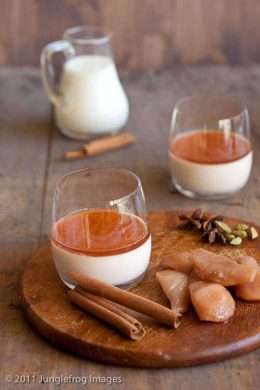