Pea zucchini soup and how I became a foodie 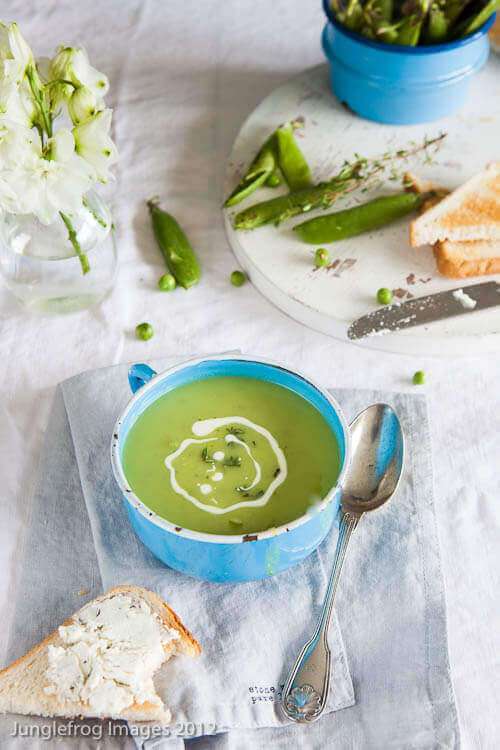 I always get a little bit nostalgic when I read about other people’s memories concerning food. The way their mum used to cook, or family gatherings that were all about food. In fact I have been asked on a few occasions about my food memories from growing up. It’s almost a little embarrassing but I don’t have any. Well maybe I should say, I don’t have any that you would want to share on a foodblog. You see; my mum didn’t like cooking and while we never discussed it at the time I recently asked her and she confirmed that yes, she hated cooking. And what’s good food if it doesn’t have a little bit of love in it? And because she hated it she kept it simple; on Wednesdays we had meatloaf, on Friday’s we had macaroni and cheese, on Saturday we had soup with bread and the days in between would be potatoes, meat and vegetables. Usually overcooked vegetables I might add. 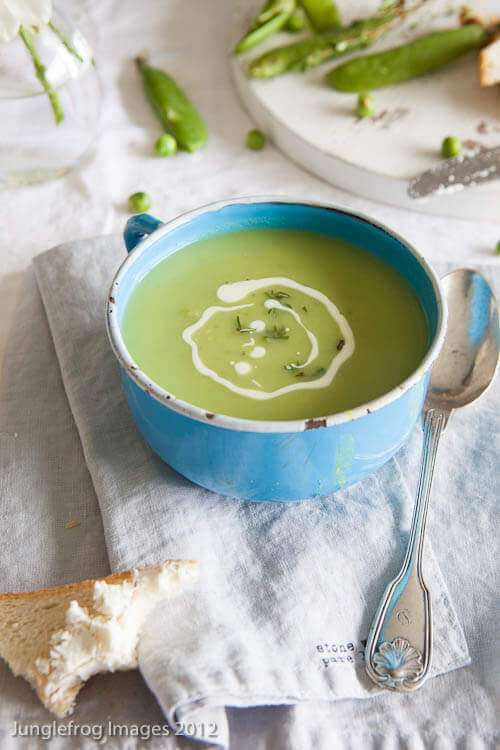 We never had fish or any other seafood. With the exception of those canned herring in tomatosauce, that should really be banned, but that is the only thing that ever reached our table. O and rolmops, which is basically pickled herring. So those are my childhood memories relating to food! For the life of me I cannot remember if we ever ate anything when going to my grandma. We always got a little box of those raisins when we left; that is the only thing I can remember when it comes to food. Even back then, whenever we would have a birthday, there would also be apple pie. And guess who always made that? Yep, yours truly. Quite early on I was the one making the apple pies and the cheesecakes (not the baked kind but the one that eh… came out of a package ). So by the time I left home at the age of 19 I had no knowledge of good food and I had no idea how to cook. Baking an apple pie is not the most essential thing to know in the kitchen! 😉

My friend Jacqueline liked cooking and since we lived together during our nurse internship, we started cooking together. I liked it but it was just something that had to be done at that point. Student nurses are – if anything – not well known for their good nutritional habits. or at least not in my days! Seafood I never touched. I was convinced that is was disgusting, not to mention all that hassle with the fishbones… No fish for me, thank you very much. 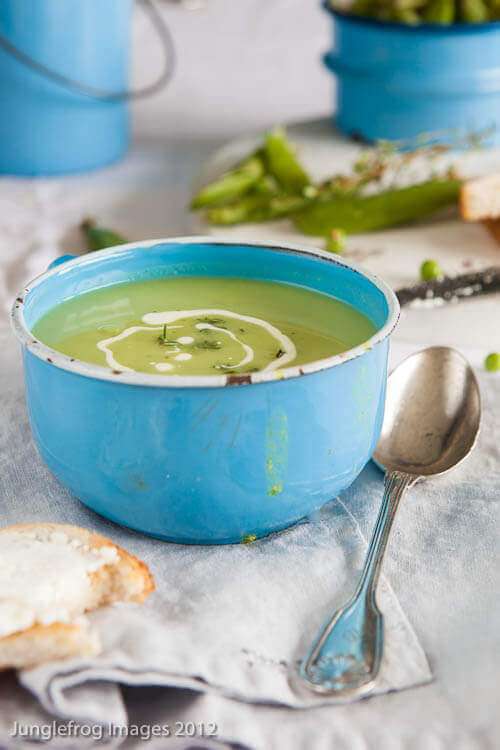 I wish I could tell you that at some magical moment I discovered the joys of food and the world became a better place, but it wasn’t as quick or simple as that. It slowly changed over the course of the next 20 or so years. I started reading cooking magazines and cooking books and trying out things. Had a lot of things go wrong both in food as well as in the boy territory. A broken heart and cooking never really seemed to work very well.. lol… When I met Tom, 20 years ago, ( I was 29 at the time) one of the first things he did was make me a spaghetti con amore (well that was the name he gave it but it was basically a spaghetti bolognese) so I was convinced I finally met a guy who could cook! Whoohoo! Sadly…. he could only do lasagna and spaghetti at that time but he did have a mum who loved to cook and who passed that love onto Tom.

At that point I was slowly starting to really like cooking. I loved going to markets and well, I loved to eat, but that had never been an issue in any period of my life. I started reading about the stuff too and started to deviate from the original recipes I found. I went from someone who religiously followed a recipe to the letter (finding out along the way how many recipes are actually wrong!) to someone who started throwing in other stuff. Sometimes good, often times inedible… 🙂 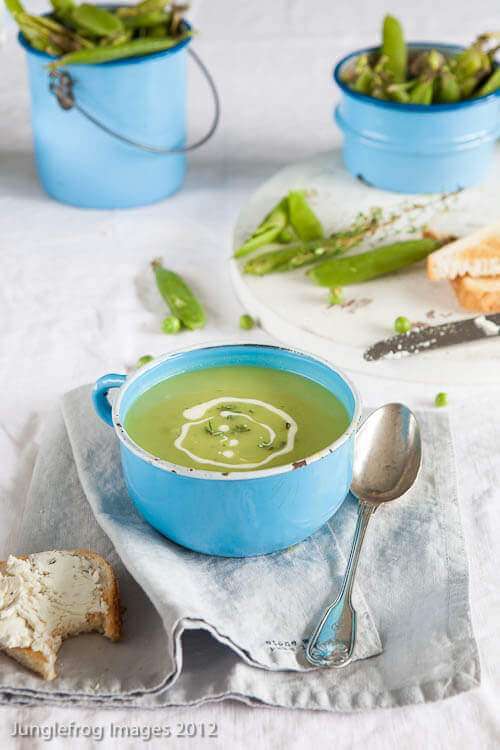 But that’s how I learned and that’s ultimately how I transformed from someone who likes to cook, to someone who is crazy about anything related to food. Heck, who even does something relating to food for a living.

So no, I didn’t grow up in an environment where my mum passed on delicious recipes to me. I did not discover I like fish until about ten years ago (in Greece I might add) when I had a really fresh fish grilled on the BBQ and then it took me a while to get over my initial fish-nerves… I cooked from packages and pre-cut everything for a long long time. So there you have it; the ugly truth! 😉

Talk about ugly truth… 🙂 Let’s talk about this soup. The recipe appealed to me since I had fresh peas that needed to be used and a lot of zucchini that needed to be used too. So when I bumped upon this recipe in Delicious magazine I figured why not give it a go. But it was ok-ish. Healthy for sure but it was begging for some salty and crunchy bits to be added. So if you plan on making this soup; go wild and make the flavors sing. 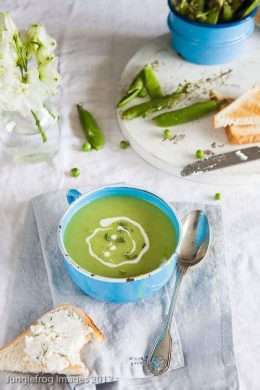