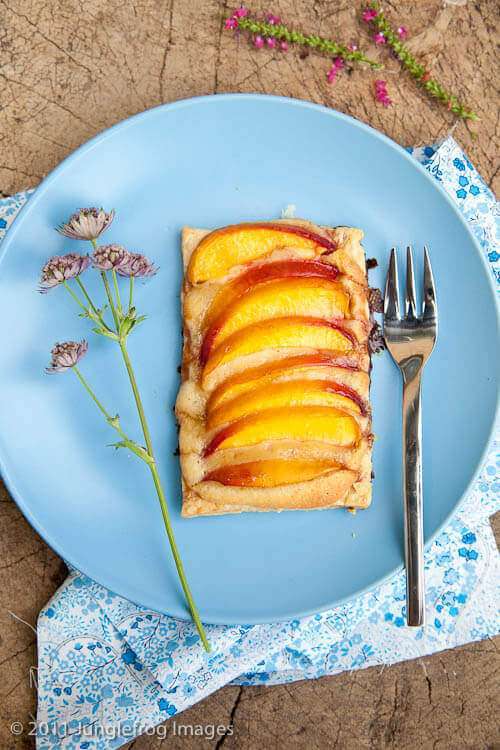 Masterchef Australia by itself is responsible for me producing a whole lot of recipes that I watched on the show. This delicious nectarine frangipane flan is one of those. Original recipe is from Maggie Beer.

While Tom and I watch episode after episode of season 1 of masterchef Australia, dish after dish is whipped up and even the ones that get bad reviews are probably all dishes I would not be able to make myself. So I’m always pretty impressed with what they make. Granted there are always people that tell me that the people on masterchef cannot cook. That it’s all child’s play. Child’s play?? Are you serious? Sure there is an element of show in there that’s just part of the tv series and that’s fine, but I refuse to believe that the top 24 of masterchef cannot cook. That’s just a ridiculous assumption.

I think they’re all brilliant. Some more then others (we all have our favorites) but I totally love watching the show and I do get inspired by it a great deal. I would not have made a chocolate mousse with olive oil if it wasn’t for George Calombaris and now this dessert. I think it was actually from season 3 that they showed this dish… I’m starting to wonder about the season now… (the reason being that they started season 3, while season 1 was still running. Very nice if the first episode shows you the winner of season 1. That was a total bummer…) 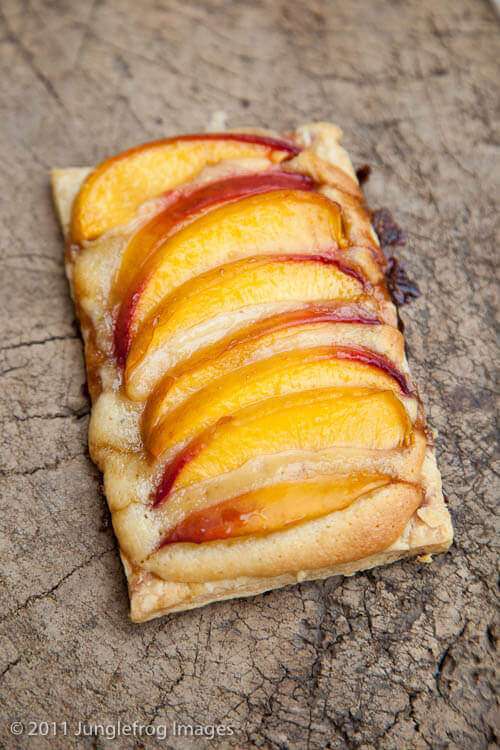 It was part of a 3 item dessert that Maggie Beer (what a lovely lady!!) presented to the contestants and they had to reproduce. This flan caught my eye and I just had to make it. Luckily the recipe was on the website of Maggie so that was easily fixed. However; one of the ingredients that was needed for this was verjuice glaze… What?? I never heard of verjuice (or verjus as we call it here) before so it took some tweeting around before I had the answer. It’s essentially the juice of unripe grapes and ofcourse, not something you can buy in a supermarket. 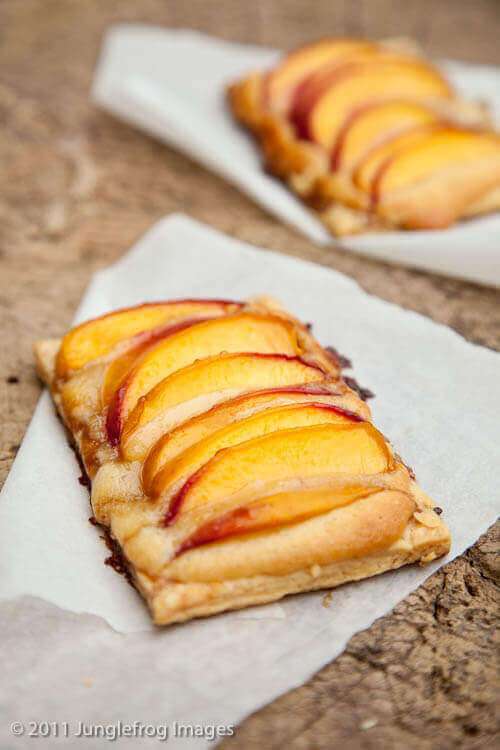 Luckily Hans Klomp, who is the (head?)chef at Vineyard Catering where I did a few foodshoots a couple of months back, tweeted to me that it was sold at Vanilla Venture. They responded via twitter quite quickly and while they normally don’t deliver to consumers they kindly agreed that I could buy a bottle. It was delivered to a restaurant here in Almere where I could pick it up. So fantastic service by Vanilla Venture! I was really happy with that.

So I had a bottle of verjuice but now I still needed to make the dessert. And that is what I did today. I loved the taste of the dessert; the sweetness of the frangipane and the slightly sour taste of the verjuice went brilliantly together. I did make a few mistakes when baking so it could have looked better, but this was my first time with this dough (never my strongest point) so all things considering; I’m pretty happy with how it turned out! 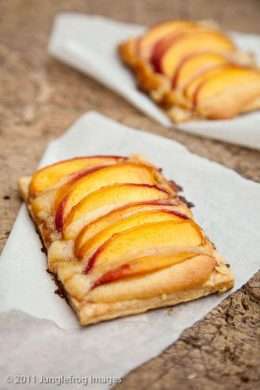 It's summery, it's fruity, it's not as complicated as you might think and well, simply delicious
Prep Time: 30 mins
Cook Time: 30 mins
Total Time: 1 hr
Servings: 2 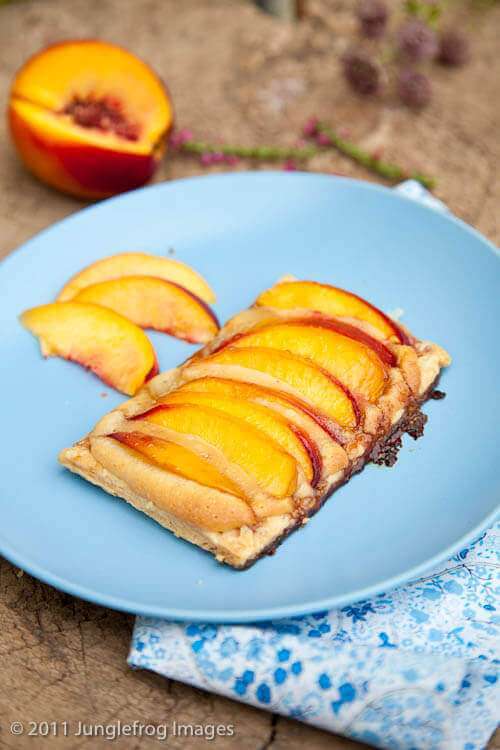 If you’re also curious to find out how the former contestants and winner of the first season of Masterchef Australia are doing? I know I was, so I looked up the websites of my favorites. So have a look if you want!

Julie Goodwin – Julie is on her second cookbook now which is about to be released soon.

Justine Schofield – Justine has started her own catering company

Chris Badenoch – He wrote a cookbook too but there is also some controversial stuff going on around him. I’m not interested enough to find out but if you’re into juice gossip… I would google some more.