Making your own macaroon pudding 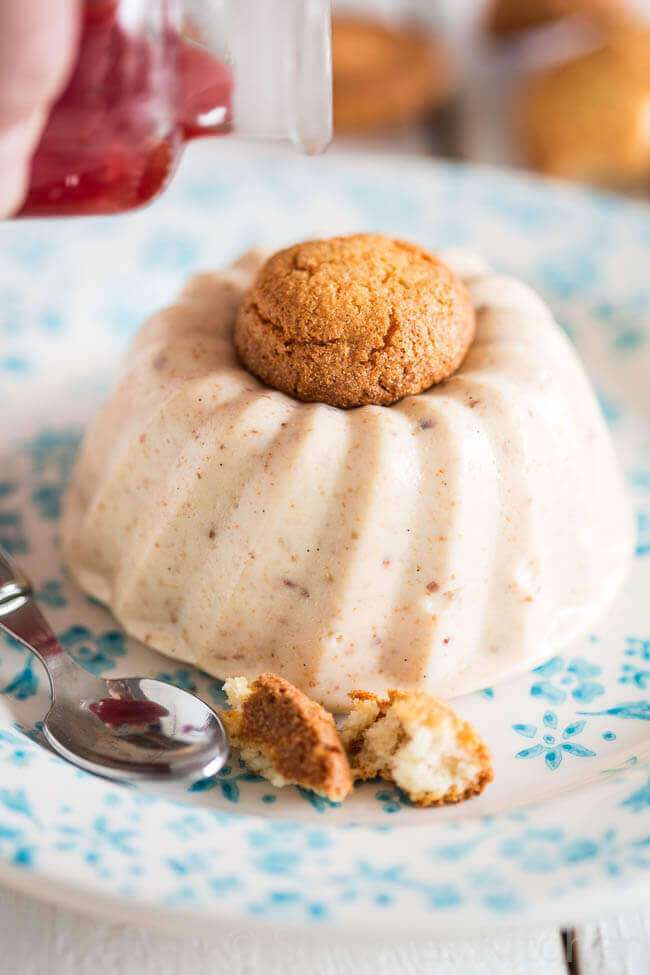 I’ve been looking for the english word for ‘bitterkoekje’ but there is not really a good translation which leads me to believe this is a typical Dutch treat and kind of a mix between a macaroon (not to be confused with macaron!) and amaretti cookies. Whatever the case; my guy loves ‘bitterkoekjes’ pudding. And he is not a dessert fan in general, except when it comes to bitterkoekjes, which I will call macaroons now until I hear otherwise.

Whenever the pudding is on discount in the supermarket Tom will come home with usually two bowls of the stuff. Not that I don’t like it, but that is hardly a surprise given my sweet tooth… 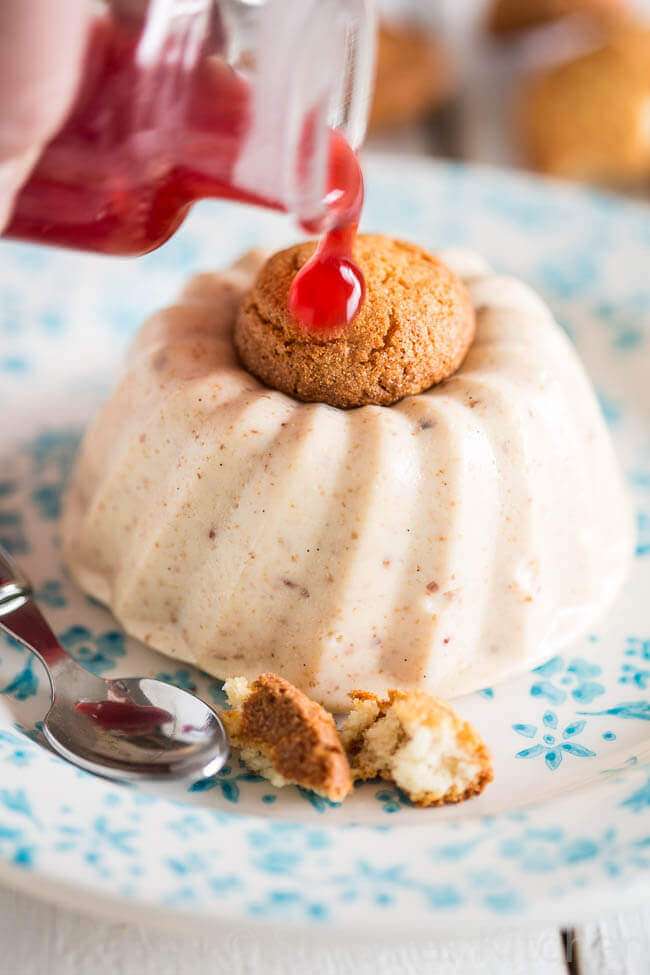 So when I was looking for something fun to make and going through the book by Janneke Philippi, I came across macaroonpudding… How could I resist? And – if I may say so myself – they are quite well done.. 😉 The most tricky part is maybe getting the puddings out of their forms. I didn’t really have  a pudding form but I did have little mini bundt tins so I figured those would be ok to use. They are without the middle hole so better for pudding. Making this is incredibly simple. Break the cookies, heat the milk and cream, make a cornflour and milk mix and you’re almost done. In the fridge and waiting! 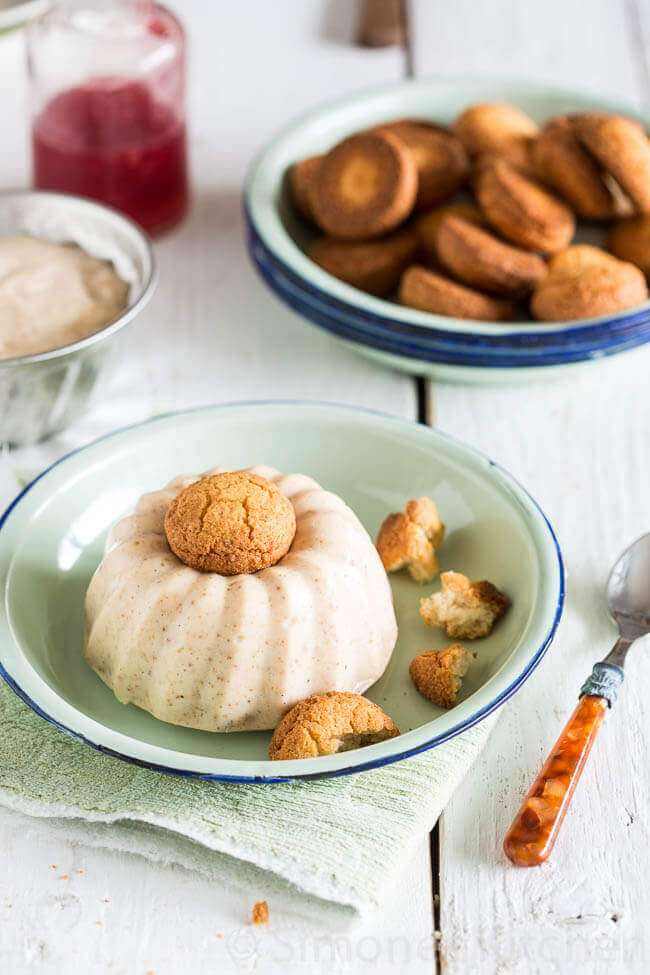 A child can do the laundry as the saying goes (is that a saying in English too?? Lol) I was afraid that the pudding wouldn’t come out of the tins, because it is sticky stuff. In Janneke’s boek she recommended either greasing the tins or rinsing them with cold water before putting the pudding in. And because I didn’t know which would be best I tried both methods. No difference in the outcome really. Both worked equally well. 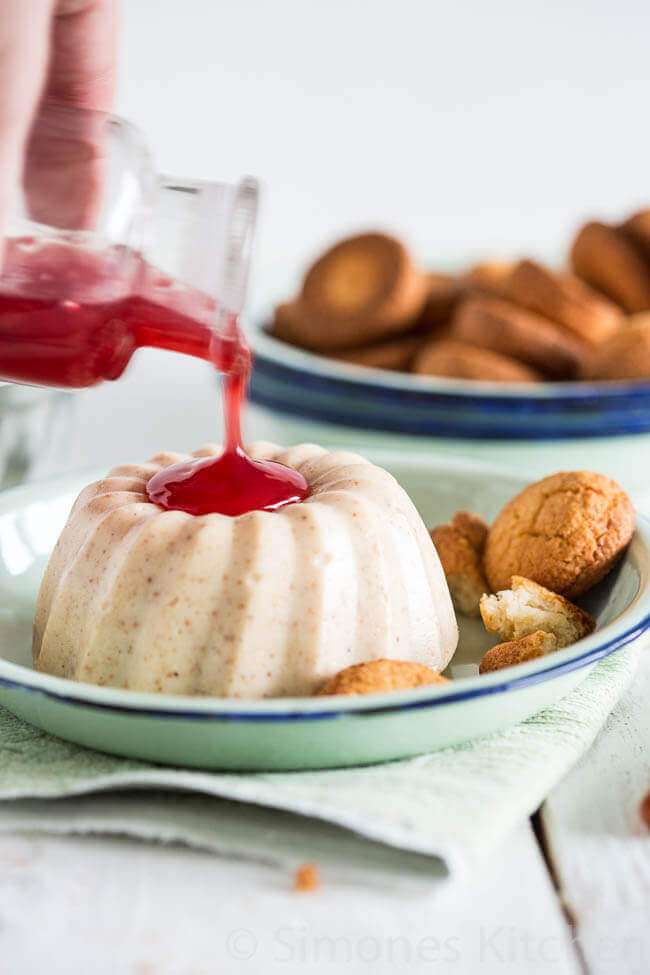 My tins are made of metal so they heat up quickly. I like to eat my macaroonpudding with Tova…. a ready made strawberry sauce… Ofcourse if it was the right season I could have made my own, but it wasn’t so what is a girl to do right? Ofcourse whipped cream will work as well! 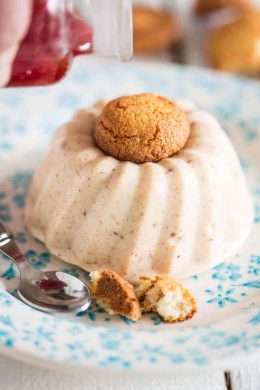 6 comments on “Making your own macaroon pudding”