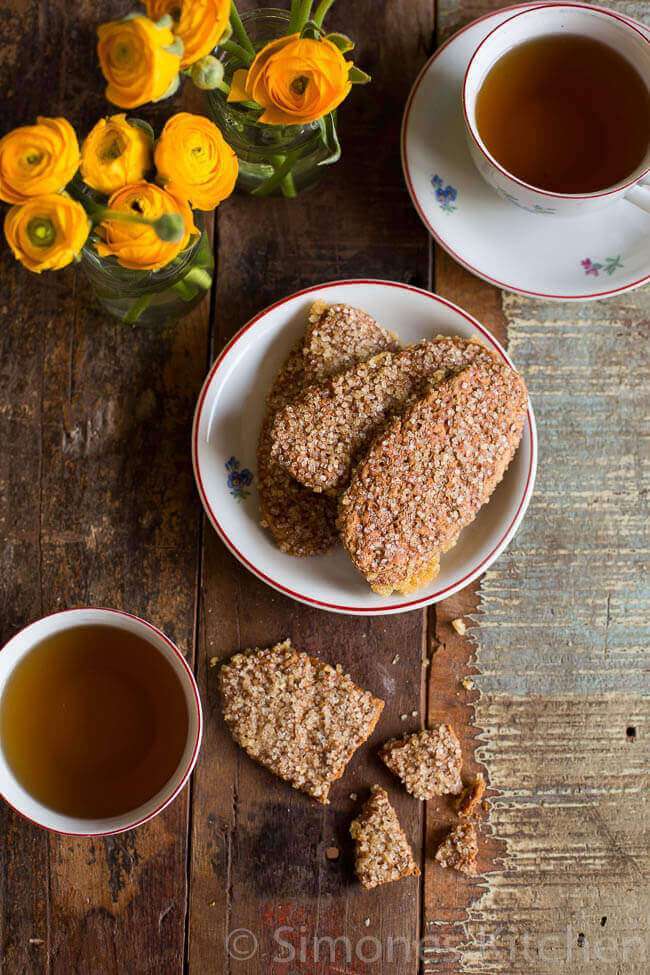 I have a weakness when it comes to cities that are proud of their local delicacy. Call me traditional, or nostalgic, but I love it when a city is so proud of whatever they are making that they give it the name of their town. And I love it even more when I can find that local treat in a storefront that is covered from head to toe in all sorts of Old Dutch treats. 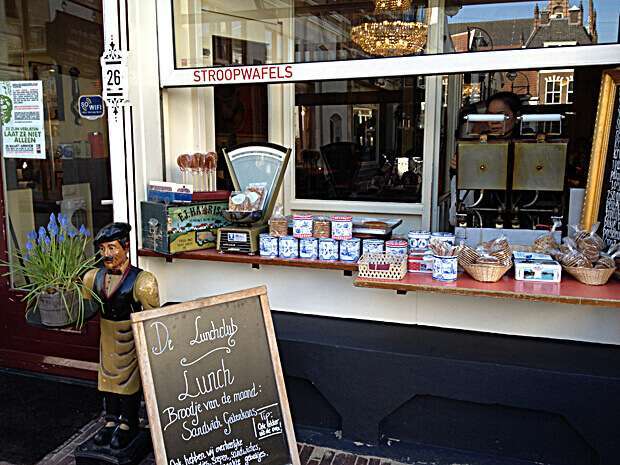 Of course everyone knows the ‘stroopwafels from Gouda’ (syrup waffles) and I have eaten many a ‘Bossche Bol’ (Choux pastry covered with chocolate and filled with cream) when I was having a coffee in Oeteldonk on a terrace (I have been told though that the best Bossche Bol of the moment doesn’t come from Den Bosch but from The Hague. From pastry Boheemen to be exact)

And on a regular basis I have brought a box of Zeeuwse babbelaars from the province down under and a jar of mustard from Doesburg (where the name of the city is printed in larger font on the jar than the name of the product!)
Once I sank my teeth into a ‘Duivekater’ (literally translated a pigeon hangover…). An obscure name for a bread that is also known as Zaans Zoetbrood (or Zaans sweetbread). So I have had my share of regional pride in the various cities and provences here in the Netherlands, but as it turns out I had not eaten them all. As you can read below.

Today I was shopping in Arnhem and was walking through the main street in the centre of town. De smell of freshly baked waffles was coming to me in the cold winterair and when I spotted the source a few meters further I was happily surprised.

Not because of the waffles, that I know well and have nothing to do with Anrhem. But in between the waffles and the canns of Delfts blue and ‘lange jannen’ I saw a treat where a city can be proud of; Arnhemse meisjes or ‘Girls from Arnhem’. 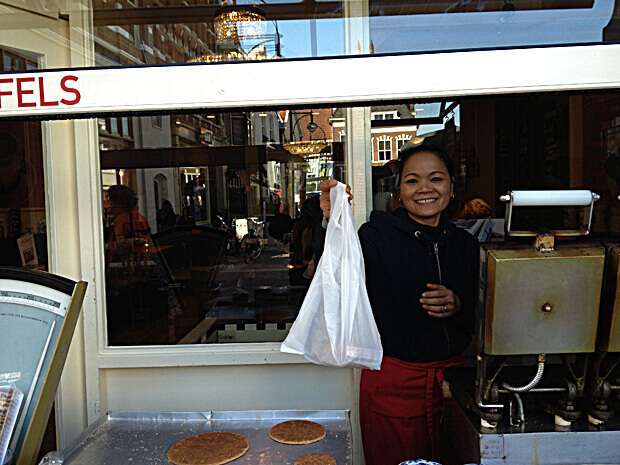 You see I had not eaten those before. Weird huh?

I immediately started the mental discussion with myself if this particular package of cookies wasn’t a bit overpriced but than I argued that you gotta taste them once and if you do they sure need to come from Arnhem. So having convinced myself I bought the cookies from the smiling girl.

But what is a Arnhems meisje?

Essentially it is a hard baked cookie made from puf pastry and covered in a lot of sugar. By baking the cookies in the oven, the sugar becomes a caramel; creating a delicious – albeit very sweet – cookie. And to give you some nostalgic details; Bakker Hagdorn baked them first in 1829 and the recipe is still a family secret.

The fun in the purchase is mostly in shopping in these old fashioned stores. Usually more satisfying than the actual cookie, liqorice or mustard itself. But regular cookie or not I will remain having a weak spot for anything that is made in the name of the city it is produced in.

So which local delicacies do you know? I am curious to find out which ones you know and love. As long as they proudly carry the name of the city or province in which they are made!

2 comments on “Girls from Arnhem”