Recipe by ingredient » Chicken » DudeFood Tuesday: Yakitori (a lesson in why samurai are Dudes)

DudeFood Tuesday: Yakitori (a lesson in why samurai are Dudes) 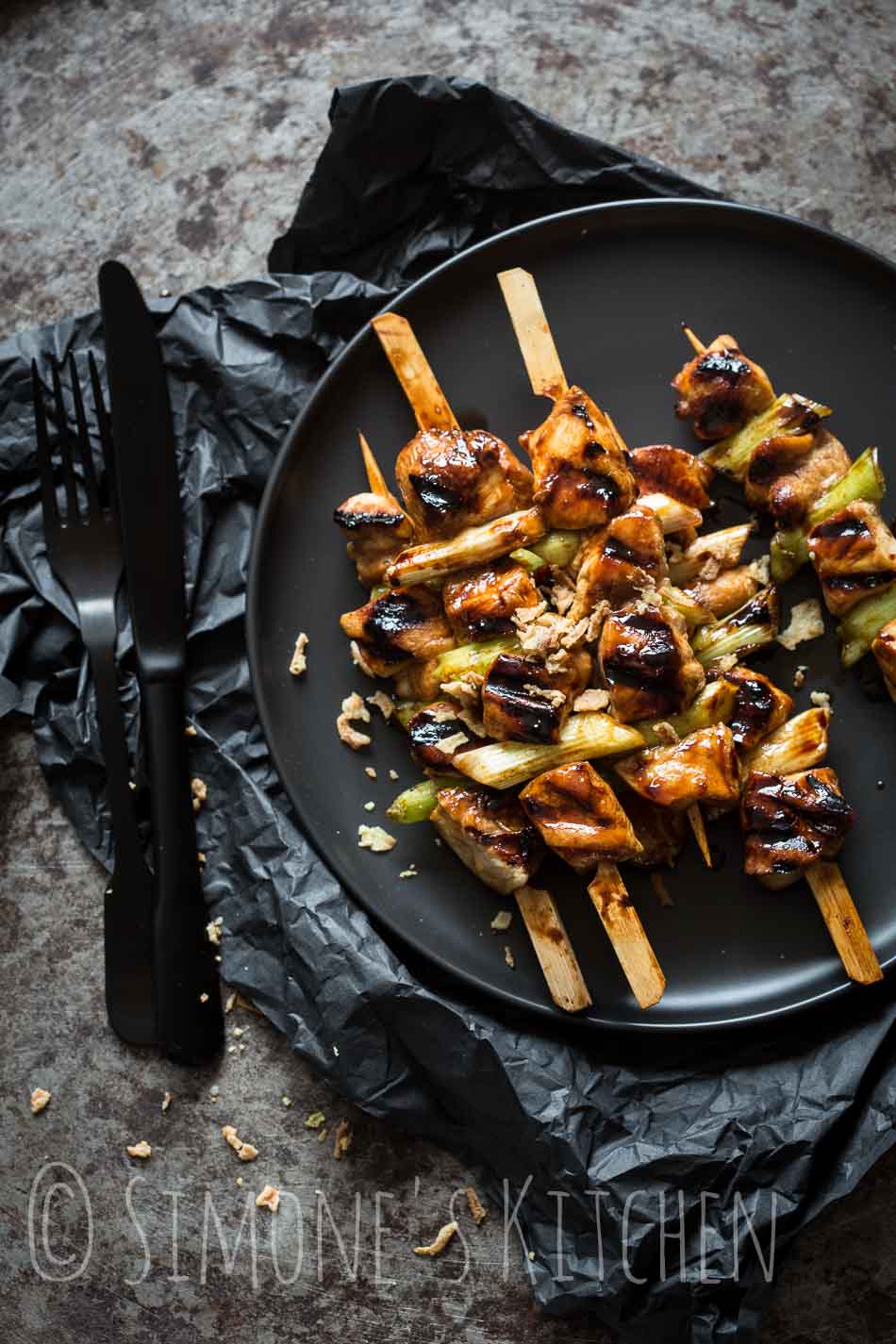 Today we have another history lesson in Dudeyness.
This time I want to talk about a group of very dudey men, the samurai from Japan.
And yes, I will throw in some Japanese, but don’t you worry for I wil translate as well.
After all, every Dude should know his Japanese with Dudey knights like the samurai were.

Samurai were a bunch of Dudes who were both feared and respected in Japan during the Middle ages. They were the best and most loyal warriors of the land and lived literally with their katanas, their swords.
Their katanas were supersharp. With one fierve chop they could slice a cow in half or skewer a big bird with one stab. One of the most famous chickenstabbers was Nakamura Yakitori, a fearsome warrior and a celebrated barbecue fan. A real samu dude in his own right. 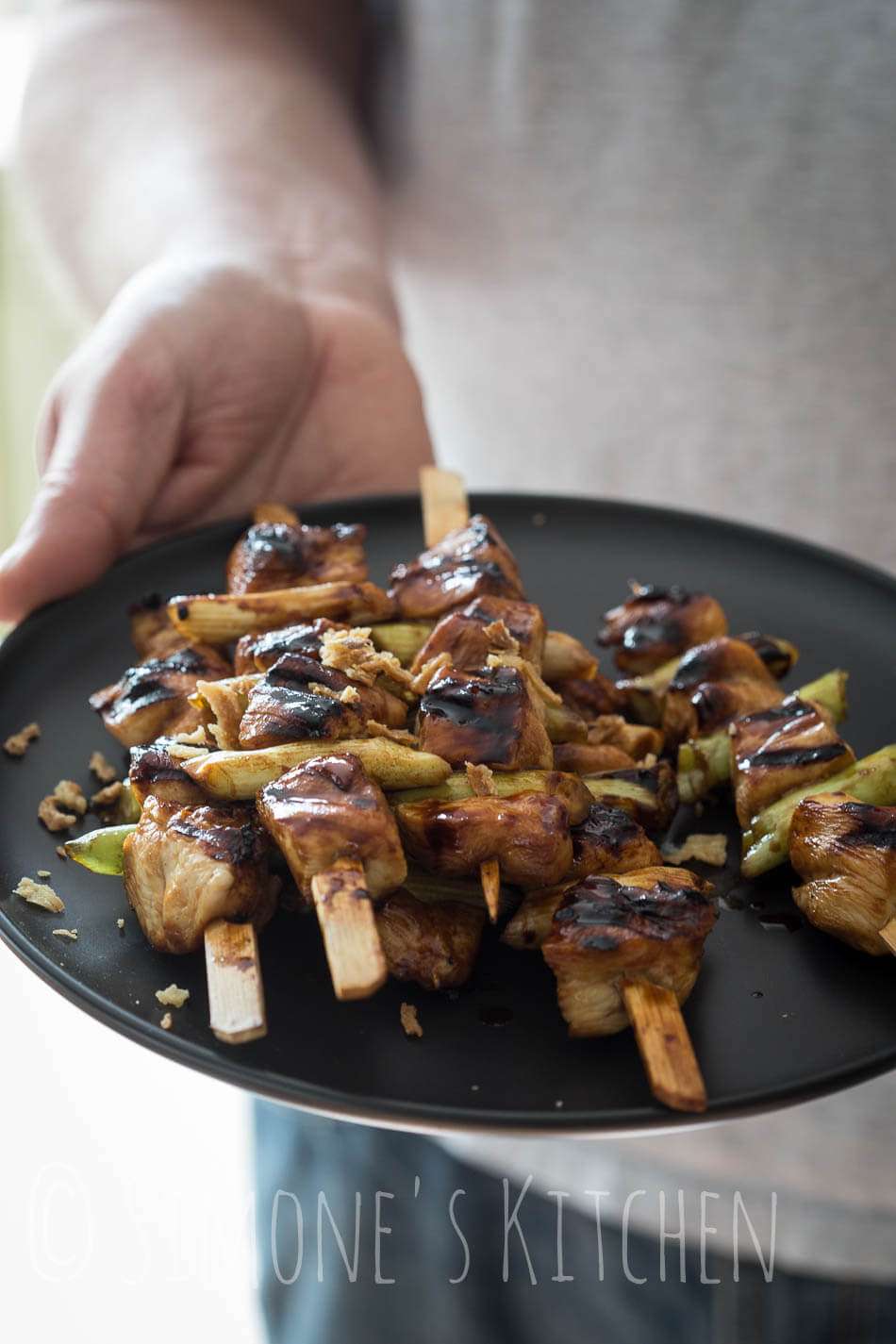 Yakitori is Japanese for roasted (Yaki) and bird (tori) and now you can imagine how Nakamura earned his surname.
So never trust a restaurant that serves beef yakitori again, for they don’t speak their Japanese let alone know their Japanese kitchen.

Besides swordfighting experts these Asian knights were also extremely trained in a style of unarmed combat, commonly known as jiu jitsu, which translates roughly as the art of soft pressure.
But don’t get caught on the wrong foot at the word soft; they could kill you with even 1 finger!
Much less commonly known is that samurai could also kill with one small wooden splinter called the kushi (Japanese for wooden skewer).
Kushi jitsu (art of the wooden skewer) was a deadly technique with which the samurai offered his enemy a seemingly innocent piece of meat on a small skewer. The meat smelled and looked delicious but when you took your first bite from it the samurai told a very funny joke. His enemy had the laugh and swallowed the skewer whole. After this the samurai just turned his back on the enemy and let him choke to death. Kushi jitsu…

Ok, the samurai also tried to perfect the art of ikebana. Sounds dudey but this was the art of flower arranging. I admit: not so dudey at all.
Last but not least I want to mention the samurai tradition of shaving the top of their heads to a bald landing strip (how do you think these umbrella like helmets would hold?)
So me, with my bold head, I am like a natural born samurai dude.

To bring tribute to the samurai and Nakamura Yakitori in special I give you a recipe for the delicious but deadly yakitori skewers he used to slay his enemies without lifting a finger.
Be adviced: don’t eat this yakitori when your are watching a sitcom or you will befall a same fate as samudude Nakamura’s enemies. Death by skewer in the throat, that is. 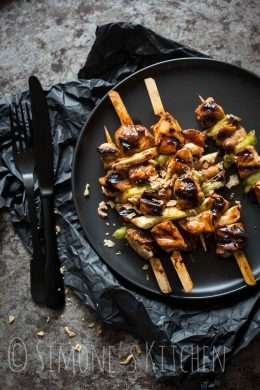 One comment on “DudeFood Tuesday: Yakitori (a lesson in why samurai are Dudes)”