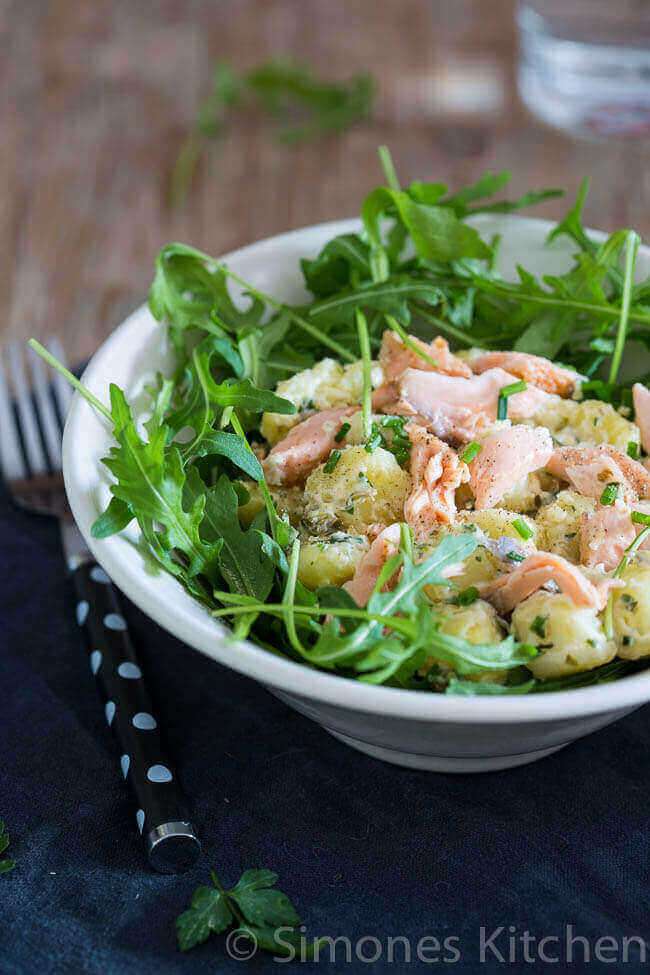 On mondaynight I made my third Donna Hay recipe for the challenge, but by the time I was done with cooking it was close to 6.30 pm and light was fading very very fast! And yes, I do have studioflashes and such but those are mostly packed up as I use them on location and hardly ever at home. And so I was hoping against better judgement that I would manage with the time left. And to be honest it wasn’t really the light that was causing the issue but rather my lack of styling skills. I just didn’t take a minute to think about the plating. 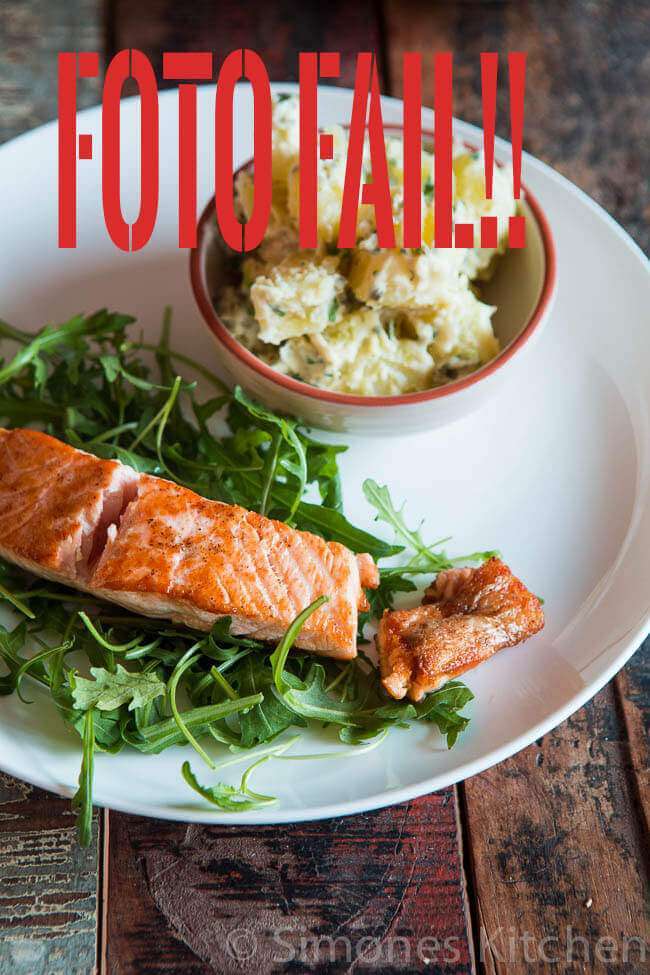 I posted the above photo on facebook with the text that I also had some failures happening to me. And I ended up getting a lot of comments from people that didn’t think it was so bad etcetera. Well opinions vary I suppose. But the potato salad was made with the wrong potatoes and looks really mushy. I thought it was a good idea to place the salmon on top of the arugula and that was – ofcourse – a stupid mistake as it flattens the thing immediately. The light I could have fixed with a loooong shutterspeed but the fact that I just got it wrong I couldn’t. New attempt was needed. 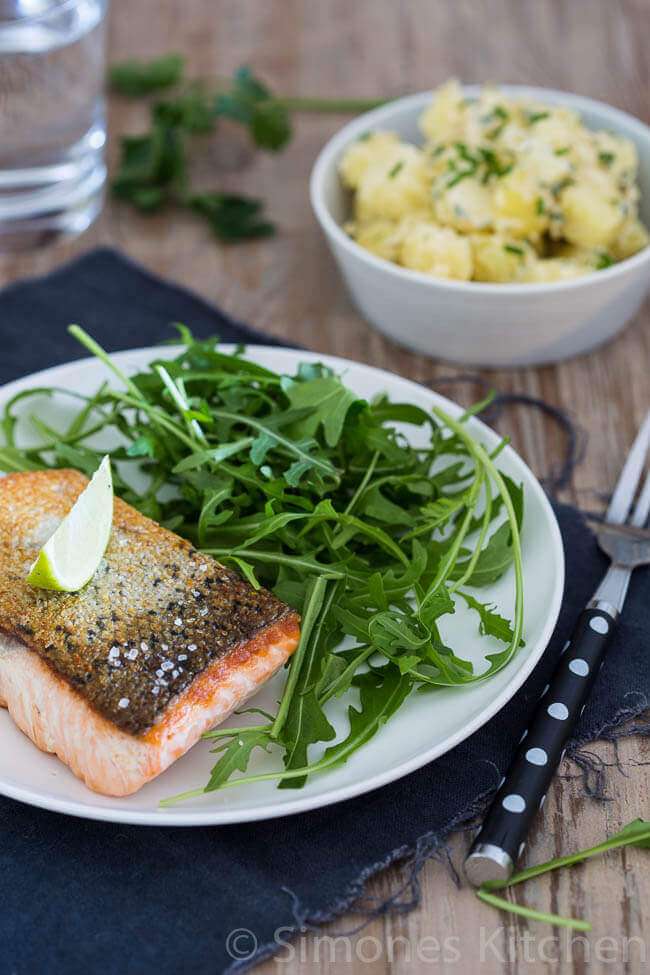 Different potatoes, new piece of salmon and the leftovers of the arugula, which seemed a good idea for lunch. I don’t really bake a lot of salmon on the skin (it’s hard to find here) and I still think it looks a bit wrong. Maybe not brown enough somehow. And so even though I was happy with the way the arugula behaved and I liked the potatoes a lot better; I still decided to throw everything together and came up with the first photo. That’s essentially how you eat it anyway, although the crispy part is no longer there ofcourse. But yes it was delicious! 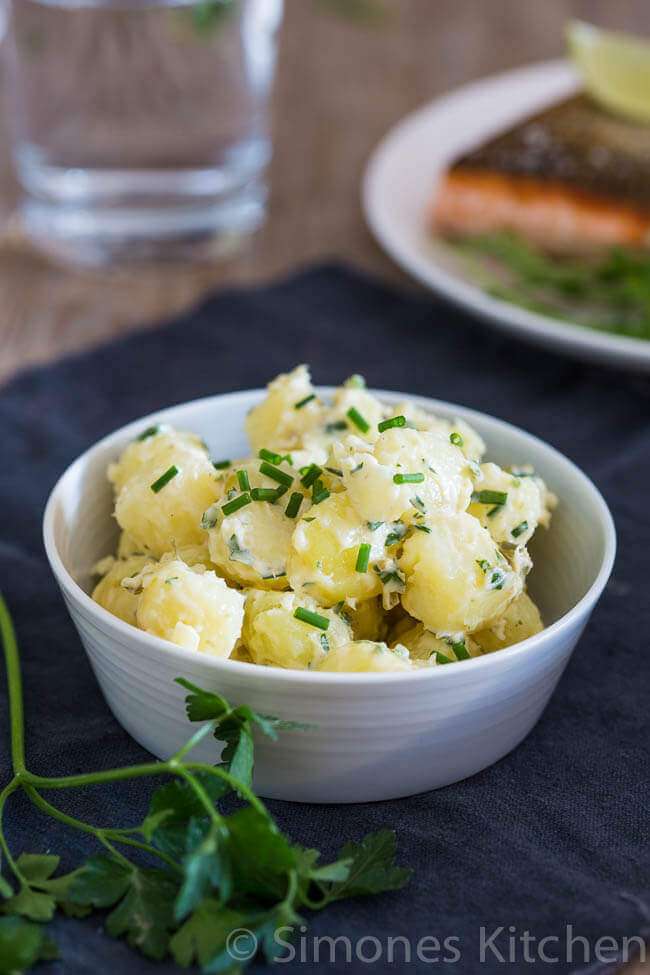 So… mission accomplished! Thanks goodness that you don’t normally worry about your plating that much and each variation tasted equally well so just do whichever you like best. 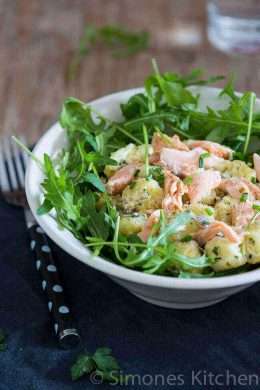