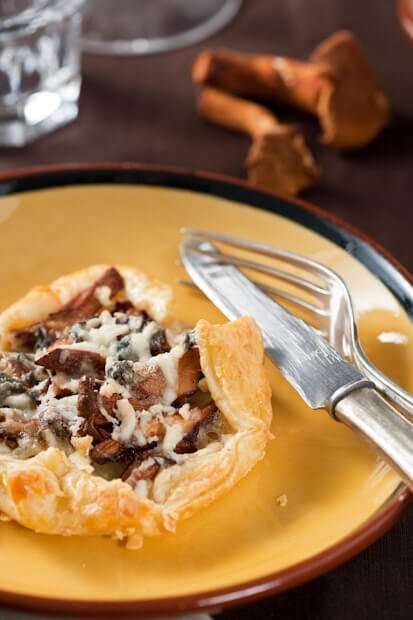 I was so happy when we went to the farmer’s market in Amsterdam on saturday to find an entire stall filled with all sorts of mushrooms. Remember that in the supermarkets here you can only ever find button mushrooms, chestnut mushrooms and the occassional oyster mushroom and shiitake if you’re really lucky. But I had never even seen Chanterelles, let alone eaten them fresh, so I was quite excited when we found them in the market. They had other varieties of mushrooms as well that I had never seen before, but I couldn’t bring all of that with me ofcourse so had to do with just the chanterelles. 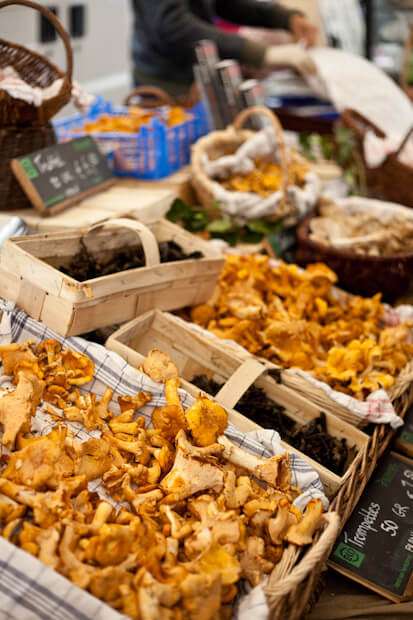 I wanted to make these as an appetizer for when my friend would come over for dinner tuesday and Olga had come with the suggestion of making them into a tart with puff pastry. Which reminded me I still had puff pastry in the freezer, so that would be perfect to make some quick appetizer for dinner. The main would be work enough so I didn’t want to spend more time in the kitchen then I had to.

Because I wanted to try out the flavors I made a little one in the afternoon with chestnut mushrooms and the cheese I bought and it was delicious. And it is really almost too simple to throw together and looks quite good and tastes fantastic. You can ofcourse use any kind of mushroom you want with this, but the chanterelles were very tasty. I actually made this three times now and the flavors get better everytime I make it, so just use your own taste to put whatever in that you like.

I used storebought puff pastry, but if you have anything leftover in the freezer from the Daring Bakers challenge you can certainly use that!

Storebought however, is especially quick since you don’t have anything to roll. In the Netherlands puff pastry is sold in little square packets with separate sheets about 10-15 cm square and already thin enough to use as it is. Ideal for these little pies.

Chanterelle and mushroom pies with blue cheese and pecorino 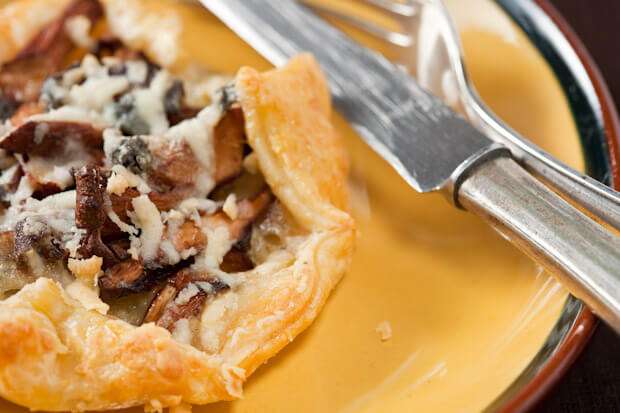 I also made a version with tomatoes for the simple fact that I did not have enough chanterelles left for the second pie (I had already made the pie two times before at that point, so they were gone… 🙁 ) so I filled it up a bit with little pomodori tomatoes, which worked very well too. It’s a little less strong in taste and I prefer the flavors of the chanterelle only version, but ofcourse you could make endless variations with this. Maybe add a little fresh thyme to it (which I didn’t have in the studio when taking the photos) or mix the mushrooms or… well, just go wild.

I love it!! And apart from the time in the oven, it takes literally 5 minutes to assemble. Perfect! 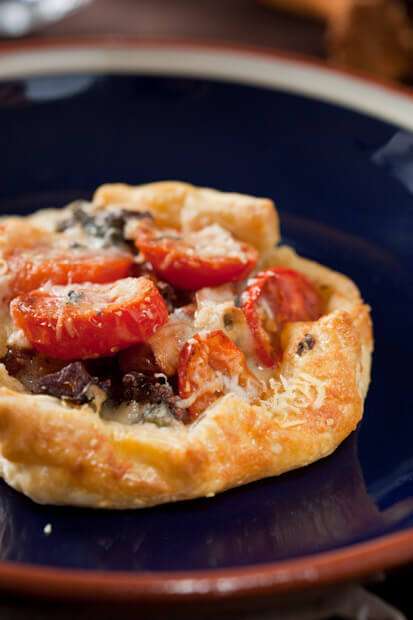 27 comments on “Chanterelle mushroom with blue cheese and pecorino pie”