Recipe by ingredient » Chicken » Butternut chicken burger and what’s with all that old stuff?

Butternut chicken burger and what’s with all that old stuff? 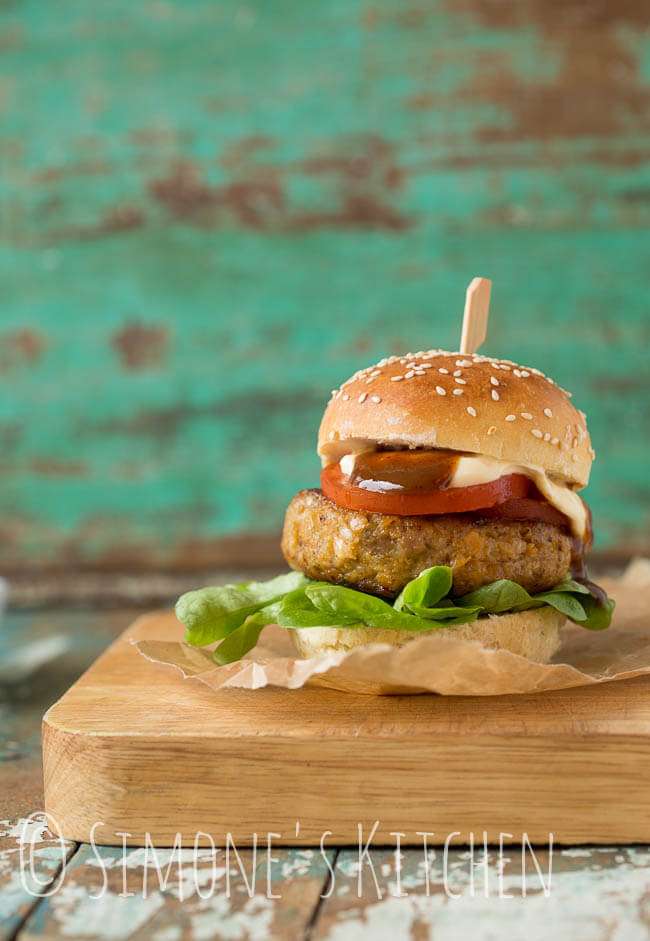 It has been 8 years ago that I first started Junglefrog Cooking although I believe it might have been called different that very first few blogposts. And as we all know (or maybe you don’t but you can take my word for it) I have moved domains and names a couple of times, losing quite a few people in the process, so if you ask me if I would do things differently I would shout YES out loud. But it’s too late to mourn over what could have been or should have been. At the time I always thought my decisions made a lot of sense… Obviously – looking back – they weren’t but that is the story of my life… Lol…

But during one of those moves I somehow moved the text here but not the images. So the original url still exists so the pics show up but as soon as that domain is killed (and it will eventually) that means that the photos will all disappear. They were old posts so I kept that annoying task to the very last minute. Procrastinating is my middle name. 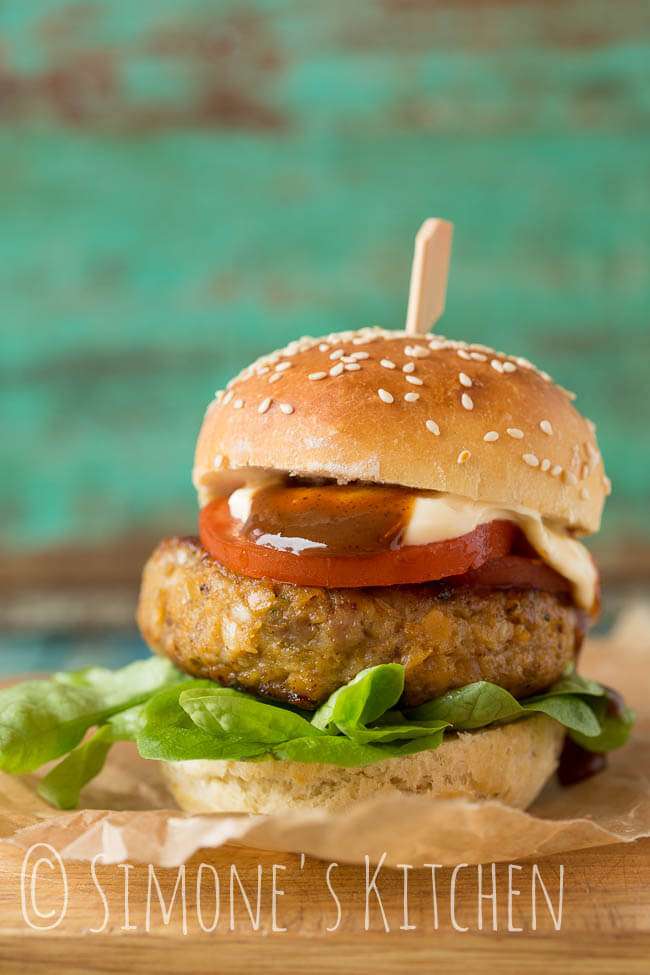 But I couldn’t leave it anymore as I do have plenty of time at the moment to do annoying things like this. And hurray! It is finally finished. It only took me two years… 🙂

But in the process of going through those old post I kept seeing all those horrible old pictures and I started to wonder if the next task would be to redo all of them. As in re-make, reshoot and redo the whole thing… Nice idea but no where in a million years is that even remotely logical. Let alone, do-able. And the funny thing is that some of my most populair posts are from that time. Thankfully not all photos are a complete nightmare but it was the early days of my food photography and I obviously had to learn a bit.

But I did have another cool idea – or at least I thought it was a cool idea – cause some of the dishes are really tasty and why should I not make the dish again, shoot it again and then make a before/after post. Wouldn’t that be fun? I think it would be fun… 🙂

So expect some of that soon. And also, another idea we have is to take really old cookbooks and recreate a dish from those. You know those cookbooks with the most horrible foodpics you’ve ever seen. Such as this one below 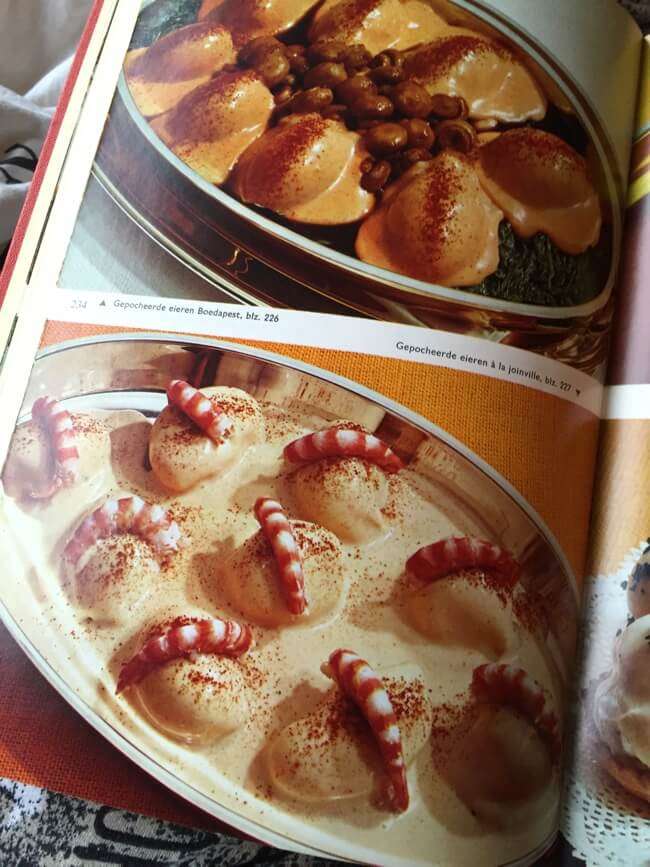 They’re poached eggs but with the way those shrimps are positioned and the way they are drowned in sauce… Yuck… This book in particular is very fond of a massive amount of sauce. In most cases, the only thing you see is sauce. Too funny really. But imagine that dish, re-invented and remade… I think that will be a really cool thing to do.

I might even make a photography challenge out of it, but the last ones I did weren’t all that successful so maybe not.. We’ll see.

For now I have one that is a lot more recent but also quite tasty; I had one of those Indian pastes lying around for butterchicken and I decided to not use it the traditional way but to make it into a delicious burger. And voila; a butterchicken burger…

11 comments on “Butternut chicken burger and what’s with all that old stuff?”