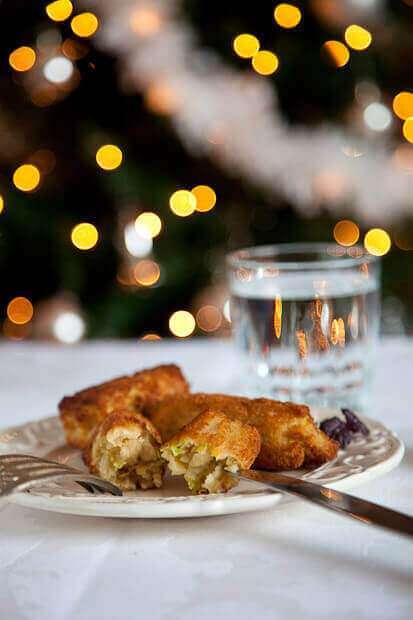 I honestly have no idea why these croquettes are called bubble and squeek… unless you count the ‘noise’ they make when you put them in the hot oil. And it bubbles too then, but that is more the oil bubbling then the croquettes right, so why…?? No idea..

The croquettes were supposed to accompany our lovely ham, but we decided against it. They are lovely but…. also quite filling and considering the amount of work that goes into them we figured that there are better options out there. We also tried the creamy leek tart which is a real winner. I didn’t take any photos of the cream tart, so you’ll just have to take my word for it.

The making of these croquettes was not without trouble; the mash was too moist which was partly my fault but that made it very hard to make them into reasonable shapes and even harder to roll them through egg, breadcrumbs and flour! Especially when rolling them through the egg, they almost fell apart. So I ended up with croquettes in very strange shapes… 🙂 Too big in any case. If you’re interested in making these, then by all means do, as they are very lovely, but make them fairly small and count to have one or two per person. That is really more then enough of these filling little darlings. The recipe below will make about 20-25 in small sizes I think. 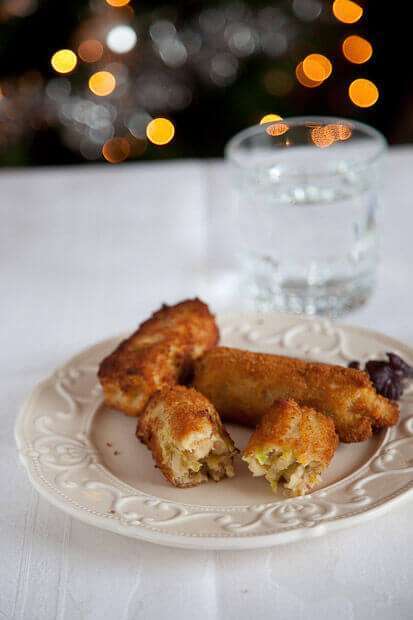 Now I just have to share a couple of winter photos that I took; the above one is taken today and as you can see by the pile of snow on the table… we did get a lot of snow!! Unfortunately; it is going to melt starting end of day tomorrow and at christmas the weather forecast says ‘no snow’…. 🙁 Such a shame!! I had a wedding on friday and the couple is crazy about christmas, which is why they wanted to get married in december. We met two times before and the last time we met before the wedding; we actually started fantasizing about the possibility of having snow at the actual wedding. At that point in time it was really quite unlikely to happen, but…. two days before they got married the white fluffy stuff started falling and stayed. So for me that was also a first; a white wedding!!! Doesn’t it look beautiful?? 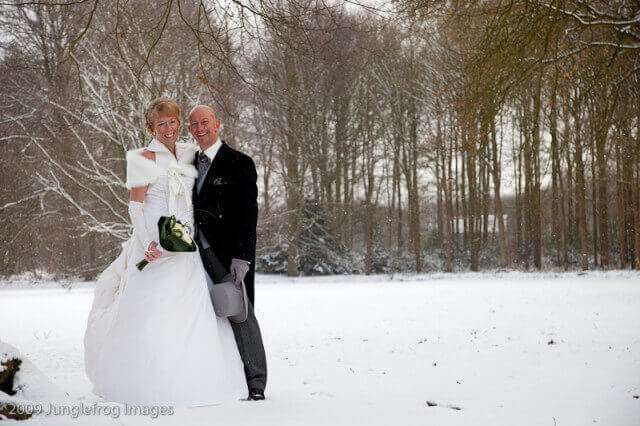 I have one more dish for christmas to show you and that is our dessert, which moved from Italian icecream to Pannacotta with cranberries… A little less filling again… 🙂