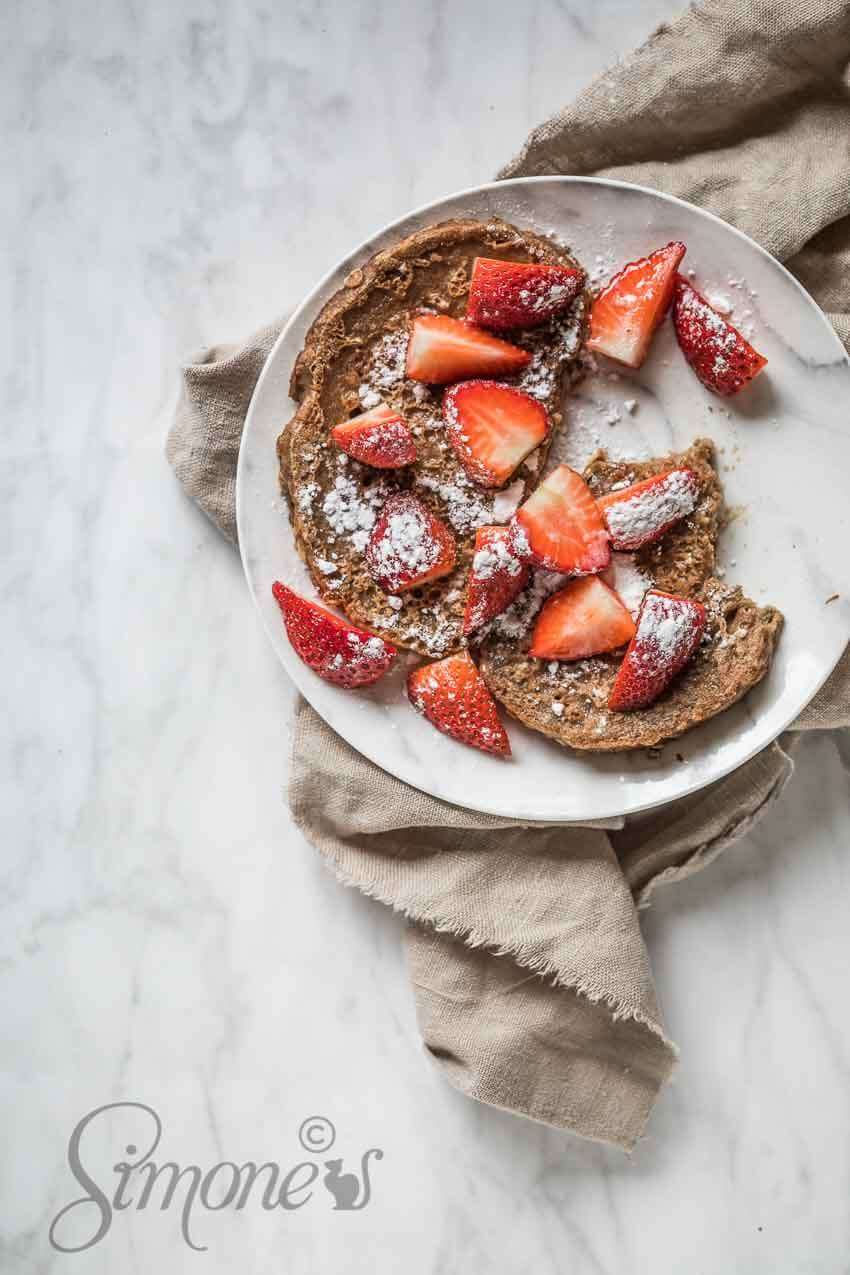 What about the milk?

When you first think about going vegan there is probably lots of things going through your mind: what do I do with eggs? How can I survive without milk? Or cheese? Cheese, I have to confess, is probably my worst ‘enemy’ in that respect. I just love it too much. Also I am not 100% vegan but I do eat vegan most of the time. Vegetarian if I don’t. I find that it is easy to eat vegan at home, but once you go out into the real world, it is not so easy. So I don’t make a fuss about it and go with the flow when that is needed. It works for me.

So when I first wanted to make a vegan version of French toast I wasn’t too sure if it would work. I mean: mine always had cream and eggs through it so how would that work without? As it turns out you hardly miss the dairy in this French toast version. It is maybe a little bit different in texture. Less creamy I would say than your average French toast, but it is equally as delicious. So another thing checked of my list. 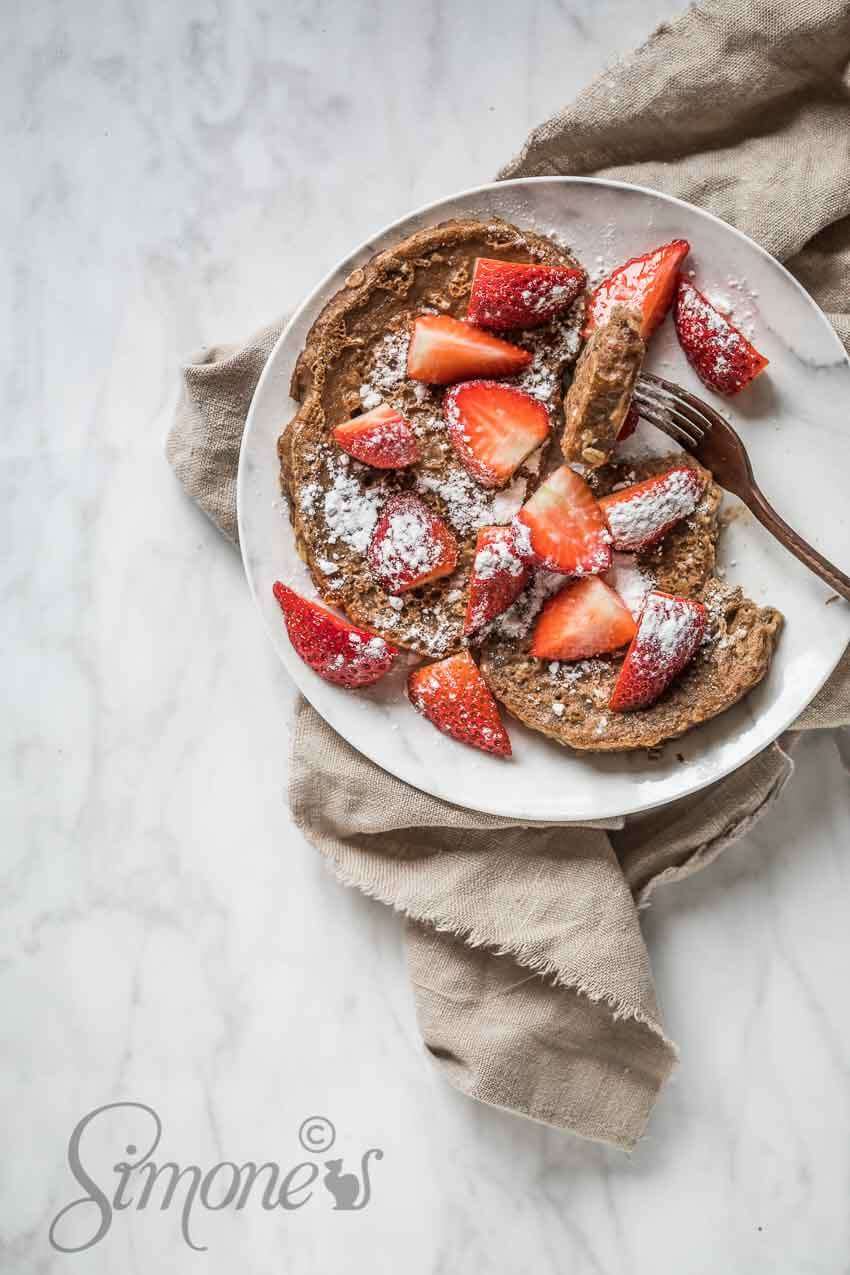 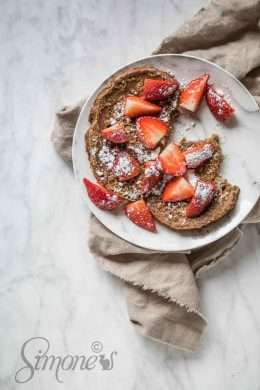 How I took the shot

I wanted some shadows in this shot, so the scene is lit from behind. Obviously a topshot but I slightly reduced the light on the top left of the frame and used a foamboard reflector on the front of the image. I placed it a little bit further away from the plate so there would still be some shadows left.