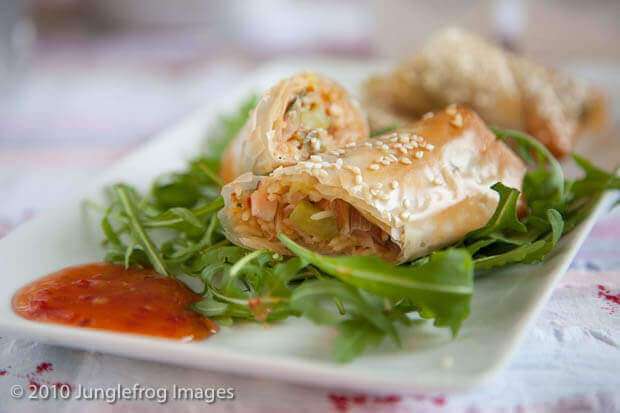 While the rain keeps pouring down outside I was very much in the mood for something that would give me a bit of a spring feeling. I mean; I don’t mind winter but the current weather is too miserable! Ofcourse I am officially not allowed to complain as we are leaving on our trip to Costa Rica on saturday so I will have to endure only two more days of rain before (hopefully) enjoying some sunshine. It’s been a rather weird week. Tom’s grandma died very unexpectedly last friday at the age of 88. And while that is respectable age it still always comes as a surprise. Just a week before we had celebrated her 88th birthday with the entire family and she was in fairly good health (taking her age into consideration) and no matter how much you know it is coming; it is always hard to lose a loved one.

The cremation is this friday, so the day before we leave. Which means that on the one hand I am busy packing but on the other hand there is that…. Plus Tom has been busy getting into trainings at his new job and he hasn’t stayed home for the first part of the week. So all in all, it’s been a weird week. But all weeks come to an end and this one will end as well.. 🙂 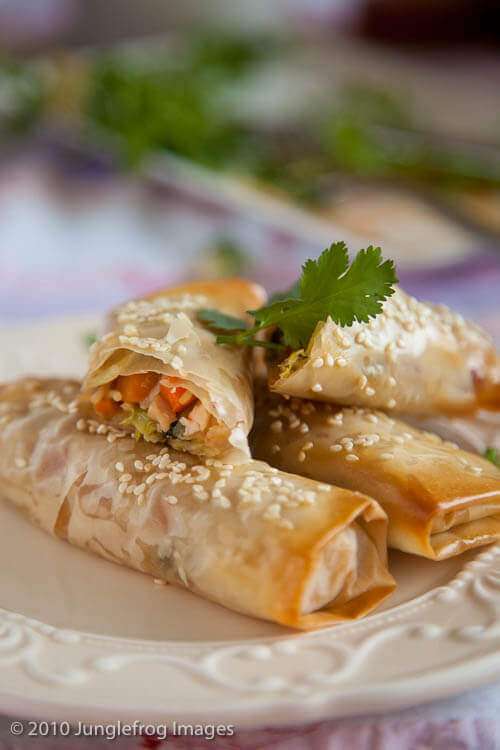 So on to this springy little dish. I saw the original recipe online at the Good Food website but didn’t feel like eating prawns which was in the original. I imagine it will be great with prawns too but since I was in the process of getting rid of the content of our fridge and had some leftover chicken, that is what I used. And well, what can I say about these rolls other then; what’s not to love? They taste incredibly nice and the good things about springrolls is that you can fill them with whatever you like.

I use fillopastry to make the rolls but I still have some ricepaper too which I am dying to use for the next time. I am thinking of making steamed ones so they become translucent. I like the baked ones better but I think the steamed ones just look so pretty! See through and everything!

So how to make these little darlings? It’s not hard at all and here’s what you need: 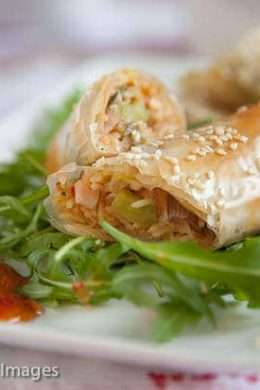 Delicious and because you bake them they are also fairly light! 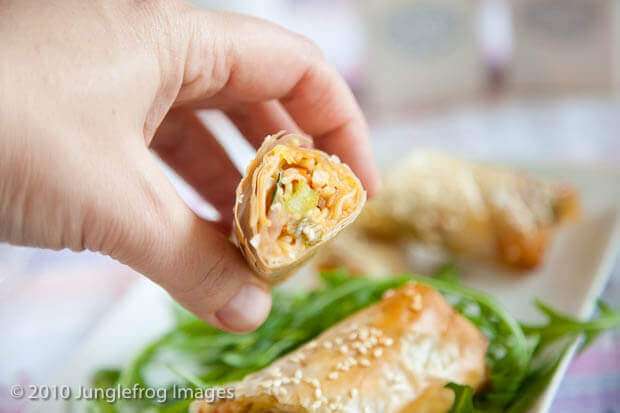